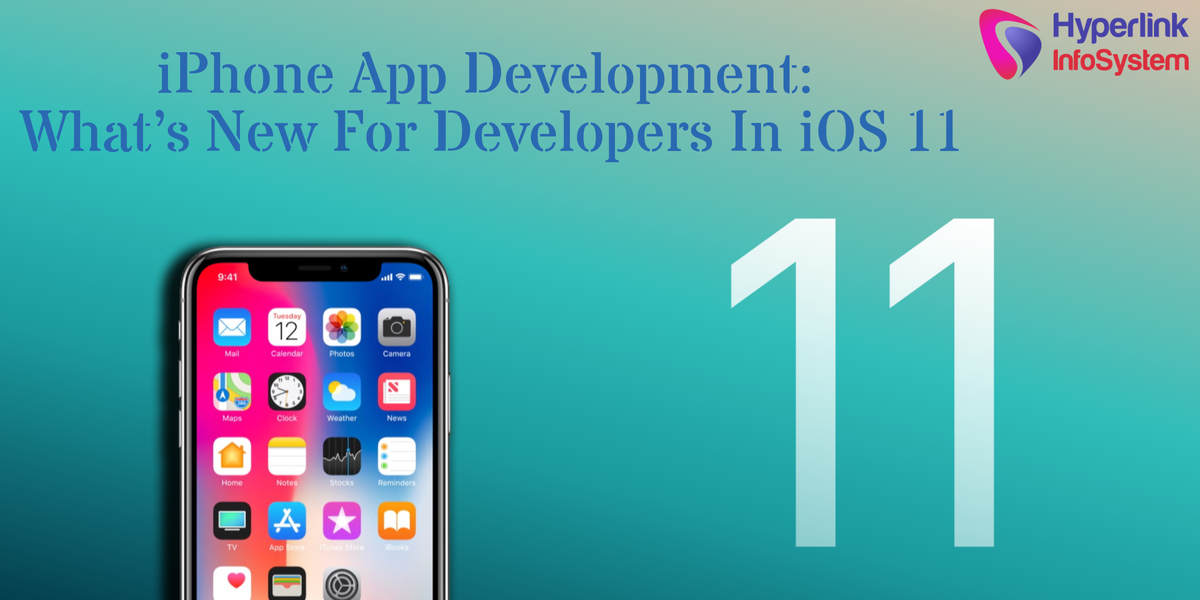 In the iPhone app development world, developers have relentlessly shown that they are a community of creative innovators and they have not disappointed app and game users in earlier iOS versions until date. Apple iOS 11 was introduced on 5 June, 2017 at the Conference of Worldwide Developers, but with iOS 11 was released to the public on 19 September, 2017 and since then, there have been two distinct updates to iOS 11.02 which fixed the earpiece noise during phone calls; and the major iOS 11.1.
It has a lot of emojis and the unique 3D touch app switcher and all these are now available for download on iOS devices beginning from iPhone 5s and later, all iPad Pro models, iPad mini 2 and later, the 6th-generation iPod touch, and the iPad Air and later.
Along with this improved iOS 11 comes with a lot of new features and this article will go through some very important changes which developers must know;
The Apple store:
This area got a welcoming new appearance with customizing ability for users taste; it has been redesigned from scratch to help customer experience improve. There has been an introduction of two clearly separate sections for apps and games, and this is a huge feature to notice in the new iOS 11 along with the 'Today' tab that shows new apps and games for the day with featured editors choice every day. This makes it easier to discover fresh apps and games.
Inside the app store, when you access the details of an app or game, the Product detail page reveals clear app previews of about three screens with autoplay features to show a demo of how the app works
Files App:
The Files app has become more organized, with this good improvement, search function for stored contents becomes quick and easy on an iOS device. The files management is automatic and very helpful to pro iOS users.
This app has a section where all recent places files can be seen, and it supports load file functions, tags, section folders, and favorites. Here, adding a tag to a file is as simple as dragging the file to the tag where you need it to be added.
Another changed feature is that Files app holds every content stored on the iOS, including iPhone files, iCloud content, app content, and content stored in other cloud services like Google Drive, Dropbox, Box, One Drive, and more. So, you cannot find a separate iCloud Drive app in iOS 11, the new design resembles the Finder app on the Mac.
With the improvements, developers can include Files integration into their apps, this will allow apps to be listed inside the Files app like every other content, making it simple to transfer documents, photos, videos, and other content between apps.
Programmer tools:
Apple has introduced a new APIs to their app abilities, that allow apps to do a whole lot more than we already know. These APIs include CoreML and ARKit;
CoreML:
This tool helps developers with the function to a add new foundational machine learning kit to help integrate intelligent functions into the app with lesser language lines. The app products with these abilities can be used across all Apple products, including Siri, Camera, and QuickType permissions.
ARKit:
This is the augmented reality kit that enables developers to integrate sophisticated scene understanding with good positional tracking features with detailed functions into their apps. The ARKit abilities help apps take digital objects and information beyond the screen of the device and into the surrounding environment and the real world in very creative ways.
It uses the following embedded tool to accomplish its functions;

TrueDepth Camera - this allows the application of expressions unto the characters in the device from the environment after collecting information about expression of the user’s face, position, topology in real time, and all with high accuracy and making it easy to apply live puppet effects to simulate a 3D character.
Visual Inertial Odometry - This embedded tool collects the data from the camera sensors and combines it with the data from the core motion sensor to achieve uniform and accurate motion view in the app as the device is moved in the environment.
These are the internal tools it combines with scene & light recognition in conjunction with sophisticated hardware to result in the great new feature it provides.
SiriKit:
The SiriKit is a feature in the iPhone app development integration that allows apps to interact with Siri easily and get their responses through human interface language translations down to other compatible devices and apps. Siri is a function in the iOS that handles most of the user interactions and translates into request extensions; these include voice and language recognition.
Drag and Drop:
The drag and drop ability of the iOS 11 draws enough power from the multi-touch function of the recent technology. To 'Drag and Drop', just tap on a file and hold then move it to drop destination. This new feature has some more added abilities which include Multi-select while dragging, spring-loading which opens a destination while still holding the dragged file by hovering over the destination and overall system integration.
At this point, let us look at one more feature of the iOS 11 that will point the market in new iPhone app development adventures; the AirPlay 2, this innovation has the function of operation home and vehicle audio systems and speakers individually. It will change the entertainment cultures and developers should contribute to this improvement.
The iOS 11 also has a feature that will uninstall unused apps within a certain period of time according to the settings of this function which is customizable by the user.
In this new iOS 11, the volume slider that shows when watching a video has been enhanced to a smaller neat design instead of the volume box that covers the view in the centre of the screen.
For the sake of productive iPhone app development, the information contained in this article should become the beginning of your new adventure to creative innovations in the Apple world. The advanced user interface is always improving and there can be no limits to the possibilities that are expected by the iOS consumers.
Back