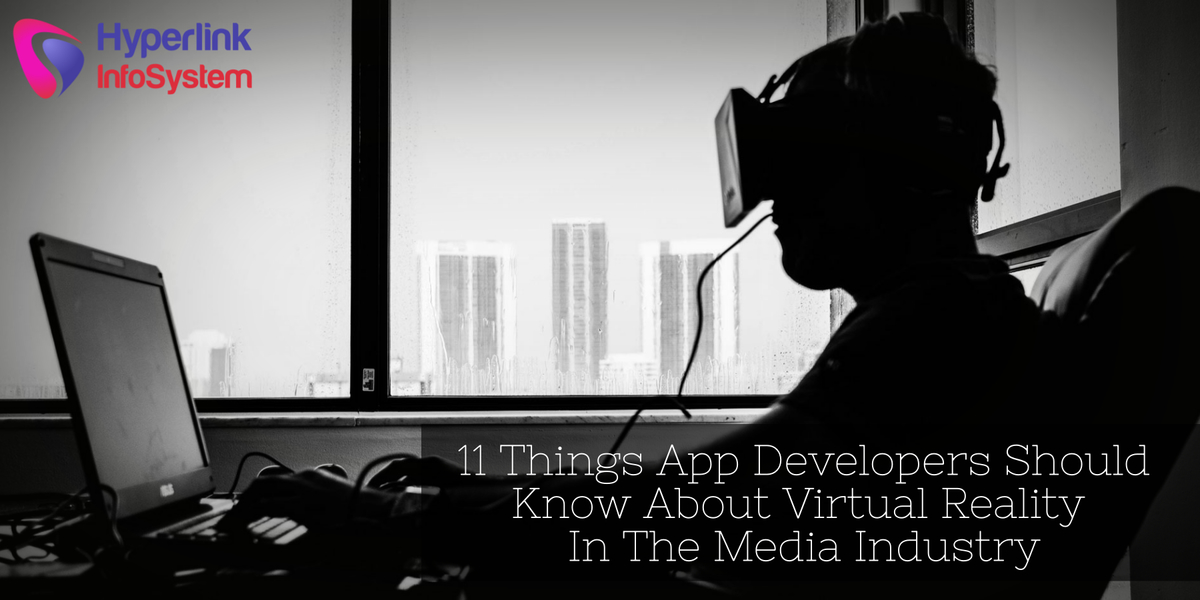 Following the introduction of headsets for virtual reality some years ago, VR has made a huge impact in the mobile app development industry. VR has strong features that seem limitless and efficient in various industries. This includes the media industry. Below are some facts about VR that top app development companies should keep in mind:
1. VR is The Future Irrespective of Its Current Form:
Despite the fast pace of VR technology, studies show that it is still six to eight years behind regarding advancement and acceptability. A lot still needs to be done if it is going to give us the future we hold dear. The fact remains that virtual reality is the future. There is still a lot of work to be done. As soon as it has attained mass product market fit, adoption will follow rapidly. Users will yearn for a fully immersive ad experience that provides quality at the same time. Improvements need to be made in the quality of virtual experiences especially when it comes to viewing ads.
2. VR Is Going Nowhere:
VR is more than just a standard media trend. It is something entirely different. It allows users to view content in ways they never believed were possible. This has influenced how things happen in so many industries from the hospitality industry to the real estate industry. Even activities like sky diving without being physically present have become possible with the introduction of VR app development to the gaming industry. Individuals who are living with disabilities can use this technology to immerse themselves in experiences that are impossible in reality. It has done a lot of good, and its advancement will bring even more benefits. It’s certainly not going to stop now.
3. More Investment Is Required:
If you own HTC Vive VR headset, you’d know that this VR technology is one of a kind. The biggest problem is that people feel it is still in the infancy stage of development and it’s no more than a toy. This is far from the truth. However, it has influenced the level of investment all over the world. Until this mental block can be destroyed and replaced with something objective, the number of investors will not see a rapid increase. Virtual reality isn't a toy. It can be used as a strong marketing tool for promoting your brand or product. It influences your prospects in ways that traditional marketing cannot.
4. Social Media Started the Same Way:
About ten years ago, social media didn’t have as much hype as it does now. In fact, people thought it was just a trend that would pass with time. Ten years later, people can hardly survive without social media. Business depends on it as a form of marketing, and it has become a strong communication tool today. Just like social media, VR serves as a communication tool that can be used to reach out to customers around the world. Time is coming when businesses will not be able to thrive without the incorporation of virtual reality. It will offer a more effective reach.
5. VR Is Overrated:
If you go to a VR app development company that follows current trends, you'll see that the technology is overrated indeed. Its use is limited to a fault. So, while some industries like the gaming and medical industries might continue to see a rapid growth in Virtual Reality technology, other industries like food, finance, and retail industries, will not experience this boom. This is because there is limited applicability of the technology in these industries.
6. VR Will Enhance Traditional Media But Will Not Replace It:
The immersive worlds that are made possible through VR are full of interaction. These interactions can improve customer engagement but cannot have the same effect that traditional media has. This is because VR is ideal for story telling and doesn't propel customers to consume the way traditional marketing media does. So, while VR has influenced and will continue to change the media, it cannot replace it entirely.
7. Evolution Of Communication:
Virtual reality is the evolution of communication. It is communication's growth in every sector from the newspaper to computers to television, that has brought about the birth of VR. Even if it can’t serve as an eternal medium, it is still an excellent technology for media consumption. With virtual reality, customers can submerge their senses as they drown out the world and eliminate distractions. This allows maximum concentration and magnifies the experience.
8. Availability of VR Gear Will Make It Remain A Trend in Advertising:
In years to come, VR will continue to remain a great trend. It will not attract the broad appeal that is expected in the advertisement industry. This is because the penetration rate and access to gear are low in the population. If the rate of penetration were to increase, then maybe it will become a broad concept.
9. VR’s Hasn’t Reached Its Full Potential:
For marketing efforts to thrive, massive engagement is required. In today’s technologically driven world, consumer expectation is high. Virtual reality offers consumers an opportunity to enjoy interaction in unique ways. It offers engagement on an entirely different level. In years to come, it will have a stronger impact in the advertising sector.
10. VR Is A Media Channel:
VR development companies know the potential of VR reality in mobile app development. They know that this technology plays a significant role and can serve as a media channel of its own. Even if it does not replace the traditional channels, it will still serve as an effective media channel. The main challenge in this regard is cost. Only some companies can afford to utilize this technology entirely. However, if it can be made more affordable, the number of businesses that use it will increase. It will offer an interactive experience that cannot be compared to the experience from existing interactive channels.
11. Mixed Reality & Augmented Reality Will be the Future of Media:

Although the virtual reality is an amazing media tool, it is still not as widely adopted as it should. Its adoption is not enough to make a significant impact in media. Over the next five years, mixed reality and augmented reality will shape the media and advertising industry more than virtual reality. These technologies bring the virtual and physical world together, and they are more widely accepted than virtual reality in today's world.
If you want to tap into the prospects that VR brings, you should contact a VR app development company for more information on VR integration. Taking full advantage of this technology will be beneficial now and in the long run. It gives users an entirely different perspective of life.
Back