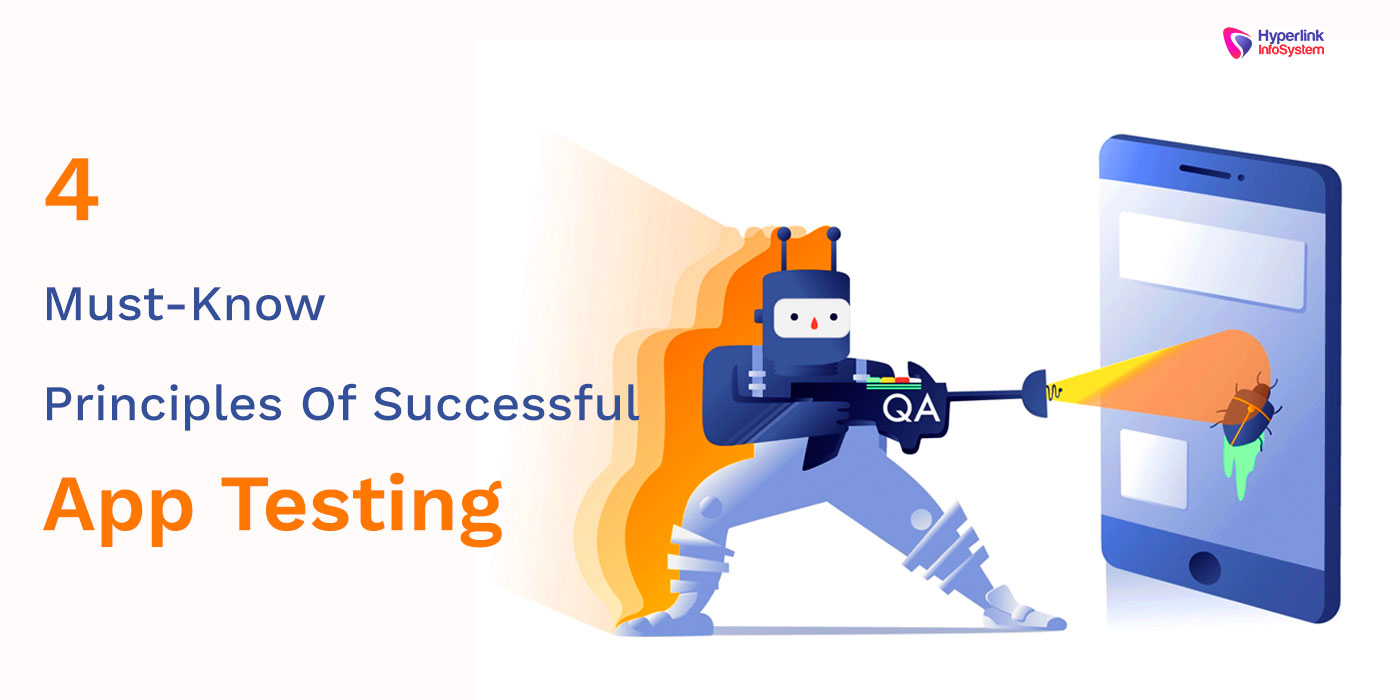 Great user interface, fast loading time and high performance, high compatibility feature with mobile platforms are all unique qualities of well-thought-out, well-designed, professionally-tested mobile applications for smartphones. But mobile apps cannot have these qualities if there aren’t any laid down principles and strategies that are employed during and after the mobile app development process by app developers India. This means that every developer or those who wants an app built for them needs these principles. However, you cannot use what you do not know. With this said, this article is written to shed some light on some of these very important principles. With this in mind, let’s delve in and take a closer look at 4 must-know principles of successful mobile app testing.
1. Run test on multiple real mobile devices not emulators
The main concept behind mobile app development / Android, iOS is to design and build apps that are meant for real mobile devices OS, such as iOS and Android for example. They aren’t building to be run on emulators. So it would be a huge mistake to do your quality assurance with emulators because you cannot get the real thing. Mobile app testing is done for QUALITY ASSURANCE. You can get assured by using emulators, which isn’t the real thing.
However, people see emulators as a viable option because it is a cheaper option. But, this should not be used because you will have to compromise on quality, which takes the “quality” out of the “assurance.” So the best way to delve into file structure, code and databases in real time, which allow for nuanced inspection of any features you want, is to use real devices. Besides, you will have to test for user interaction. It will not work with keyboard and mouse on the simulator since it is totally different from using fingers on actual mobile devices. So ALWAYS gun for multiple real devices.
2. Design mobile apps for software as well as hardware

It is true that apps are built for system OS but during your mobile app development process by app developers India, it is important to keep the hardware in mind. Why? This is because most apps will communicate with a server. It means your app will need an internet connection, which needs the hardware to function optimally. So when doing your mobile app testing, this should be thoroughly tested and make sure that there is no loading animations ad crashes – no exceptions. Also, if your app needs GPS or Bluetooth or any other hardware to work, you should put this into serious consideration. If you don’t, it will get uninstalled due to inefficiency.
3. Do proper UX testing and always review it
You cannot do mobile app testing without doing usability testing. Mobile usability testing refers to the usability testing performed on mobile apps running on a mobile OS, such as iOS and Android smartphones. If your app is easy to learn, user-friendly, and less time-consuming when completing tasks, then you can say that it is properly built.
So first things first, you must devise a usability test plan. (You cannot do usability testing without a test plan during and after your mobile app development / Android, iOS.) Even though there is no specifically-set test plan structure, the one written below should serve as a blueprint for your usability test plan.
- Purpose, objectives, and goals of the test
- Task list
- Research questions
- Report presentation and content
- Test Facilitator
- Equipment, test environment and logistics
- Method (Test design)
4. Be patient and thorough when doing mobile app testing

Many developers, if not most of them, would like the idea of spending only a few hours on testing and come up with one of the greatest apps humankind has ever seen. And do all sorts of testing in as little as a few hours. But this is obviously unrealistic, and to speak quite frankly, ridiculous. So as a developer, it is not healthy to wish that something should appear out of the blue (a well-built app in this case).
However, there is something that is universally true: most people shy away from hard work. Unfortunately, developers are no different. That is why this is included in this list: BE PATIENT AND THOROUGH when carryout your mobile app testing. Actually, this cannot be emphasized enough. Everybody gets it, it takes quite a lot to build a great and successful app.
The best way to deal with fatigue, be patient and test your app properly is to stay focused on the task at hand at the moment and do not think of the long and painstakingly boring hours, or weeks you have worked on this. And never assume that what you have done should be okay, when in reality it isn’t. Before you start your mobile app development work, always remember this.
Final Thoughts
As you can see, there is indeed some outstanding principle of mobile app testing(https://www.hyperlinkinfosystem.com/blog/top-7-must-know-tips-on-how-to-conduct-mobile-testing-for-your-app) everyone should know. Better still; these principles can be used in all mobile app development / Android, iOS process to produce well-built apps that are going to be successful when uploaded in mobile app stores such as Google Play store and Apple App or Windows Store or any other app store.
So it is obvious that the importance of these 4 must-know principles of successful app testing transcends just producing properly built apps, but also make the whole process of building the apps for developers so much easier. Apparently, it would be a huge mistakes for mobile app developers and designer (or any person for that matter) to come up with a great app concept, sketch the whole developmental process, and then continue building the apps without mobile app testing using these principles outlined and discussed in this article.
Back