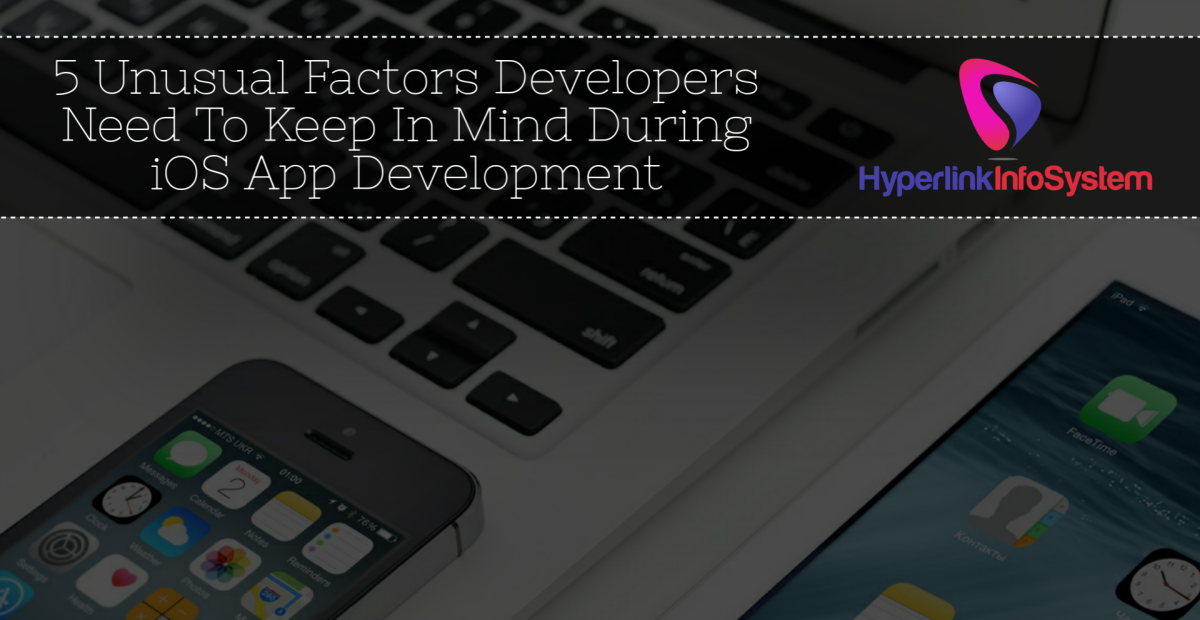 Today, almost every industry, entrepreneurs, and newcomers are experiencing an amazing period of time as far as mobile app development is concerned. The increasing popularity of smartphone devices and its dominance over the technology market has benefitted those who invested a huge amount of their time and resources in mobile app development. The benefits can be noticed in the form of high profitable return that business gains from the app developed by best mobile app development company. The growing trend of mobility and supremacy of smartphones over past years have also resulted in an increase in applications that satisfy demands and choice of people.

However, regardless of app development success, there are many small details that can create a huge difference. It may happen throughout the entire development process, Indian app developers commit some serious mistake and not even realize it. These mistakes can even make or break the app. In this article, we are going to cover those basic details that are often overlooked by app developers in mobile app development. These details are pretty essential to lay the foundation of a mobile app. So, let's deep dive into some key things that needs to be taken care for iPhone app development.

1. Don't Enter Into The Development Stage Without A Plan
The subtitle is pretty enough to explain the core idea. There are app developers who start with app development by overlooking some major crucial aspects. This means that from the initial stage, they make mistakes which might endanger the success of an app. So, instead of jumping into app development process, sit back and think what you want to achieve from the app. Pen down important aspects like target audience, features, user flow and much more that will make development process easy and streamlined.

2. Never Lose Your Originality
As we know, Apple is followed by strict rules and guidelines for app submission. So, if app developers want to get their app published in App store, they must abide all rules and guidelines mentioned by Apple. Once you submit your app to App store, investigation process is carried out after that your app gets its place in the App Store. In consequences, app developers quote a high price for the app and customers are supposed to pay that price. As someone is paying such high dollars for an app, it's quite obvious that an iOS user is not going to tolerate a half-original idea.

There are lots of apps in general which you can find in App Store. This approach makes it easier to spotlight the original app in front of app users. So, ensure that you come up with some originality that entices people to spend more on your apps.

3. Put Yourself In User's Shoes
You might have a mind blasting idea into mind but, it's worthless if you do not translate it in an actual service app. Though you are clear with app idea and concept in mind but, you need to think from the users perspective. You need to understand user behavior and invest quality time to make app user-friendly. Just don't confine your app idea to functionality. A big mistake that every developer commit is not creating an environment in an app for users to understand or enjoy the app.

4. Submit Your App To Rigorous Testing
Just developing an app and thinking that it's going to hit app store is not enough. A ton of unexpected issues may encounter in an app development and you need to deal them until solved thoroughly. This situation can occur when a user downloads your app or even during the testing phase. There is nothing like too much testing but, it's wise to delay app release rather than endanger brand image with innumerable bugs and issues.

5. Any Feedback Is Good
Once you are done with app development, ask feedback from senior developers or team members. Do not hesitate to consult your team members or fellow developers regarding app feedback. This will help you to make some important changes in an app that will indirectly boost your app performance. Also, do not forget to consider the feedback of beta testing team, which is also crucial.

There is always a room for improvement. So, consider above factors and develop best iOS app for business.