Allo and Duo - Get Smarter With Google's Messaging Apps! 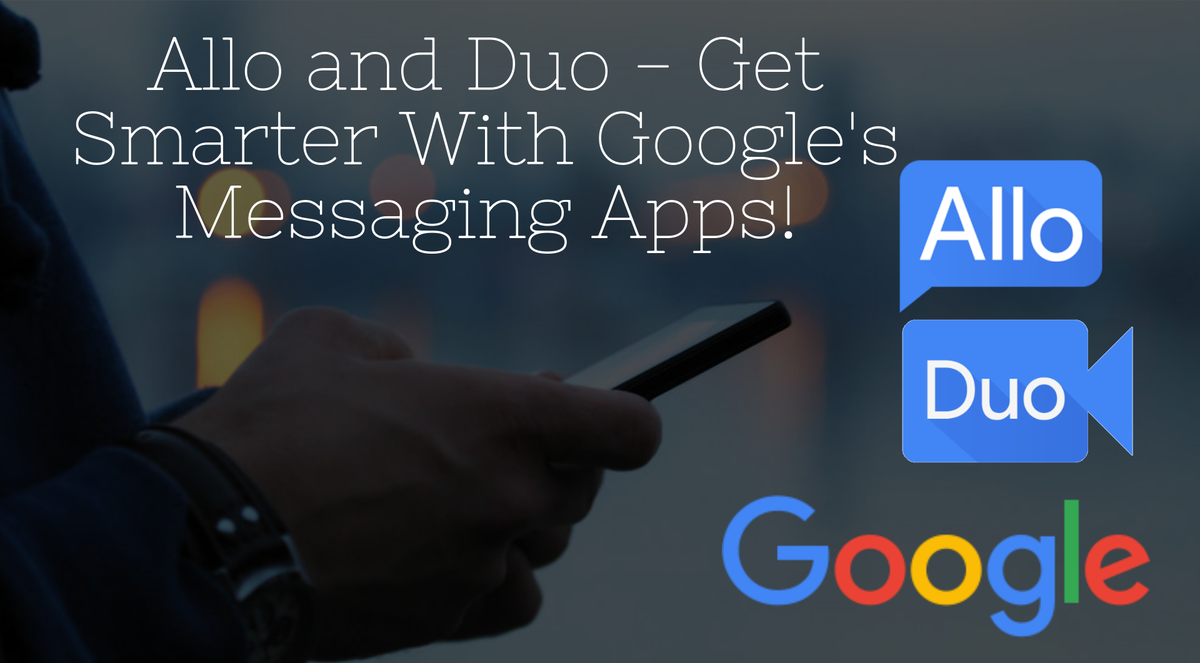 Whether it’s greeting a new born baby, rejoicing the winning shot, or uncovering the best stand up ever— what we wish is to share all our happy moments when we actually enjoy the same. In the absolute time what it means is calling a friend or beloved or messaging to the dear ones. So, Google has unwrapped two of the distinct apps on both the major platforms that is labeled as Allo and Duo giving you some fresh approach to get connected to the people.

It's a smart messaging app that allows you to make your conversation interesting at the same time easy! It is a phone based application with some deep coupled features that makes your conversation flawless. Allo consist of smart reply feature that respond to your messages without entering a single character. Example: If your friend sends you photo of Pizza then, you may see the smart Reply responding suggestions like “Yumm” or “Wow! Amazing Pizza! More Allo usage will create more suggestions for users. It also embodies some more features like:

4.Smart Reply that is quite identical to inbox that can reply without writing a single word.

Duo is the new one-to-one video calling app for everyone that let you call to your friends without restraining to the platform of Android and iOS. Do not worry if you have low internet connectivity, duo is capable to work on both low and fast connectivity speed. Just like Allo, duo is also based on your phonebook where it's simple interface disappears when you are making call. One of the best feature any video calling app can have is the Knock-Knock feature of duo that let's you showcase the live sneak preview of the caller before you answer the call. It also highlights some other amazing features like :

2. Call encryption which is a smart move initiated keeping security aspects into consideration.

As we know that both the mind-alluring apps are available this summer on both the respected platforms, you might be wondering why to switch over to such apps leaving behind such high-rated used application like Skype, WhatsApp? So, to answer your question here are the reasons why such mind-tempting apps like Allo and Duo are set on fire to overtake Google's messaging ambitions.

1. Gone are the days where users used to toggle between Hangouts and the Messenger. Allo and Duo are Phone number based application where reply is done based on the contacts added in your phonebook that eradicates the need to signup for Google account.

2. Google's new Assistant platform is similar to Facebook's chat-bot platform but, it is beyond simple text interface. Just hit @google to begin conversation message in private. You can also get latest updates like of sports, Games and can accumulate more information on latest restros, deals and much more.

3. Smart Reply in Allo allows you to respond pre-defines answers by analyzing your respond style. It also consist of Google's Photo ability to identify the insides of photos and respond accordingly.

4. Instead of hitting the Caps-lock ON just to showcase your anger or excitement, Allo will allow you to adjust the message size in single word and, you can go small by Whisper or go big to SHOUT a message and show your excitement.

5. Allo brings Ignito feature that let you enjoy your privacy mode by activating end-to-end security between the messaging participants. Activating Ignito will exclude identification information like Sender name or the preview of message.

For a quick recap, Duo is Google's new video calling app that leverages one-to-one connection even at the lower connectivity available on both the platforms. While Allo, is the app whose Smart Reply feature allows you to perform seamless and better conversation. As per the Google's Update, both the apps will be made available in this summer which means, they can release these app on any day. If you wish to stay on the crest of the release date just head to the Google Play-store and pre-register both the apps now. Just click on to Pre-register to be the first in the race. If you wish to develop similar chat application then hire indian app developers today, that uplifts your business at the next level. Contact us now.