Ethereum And Its Application In Businesses 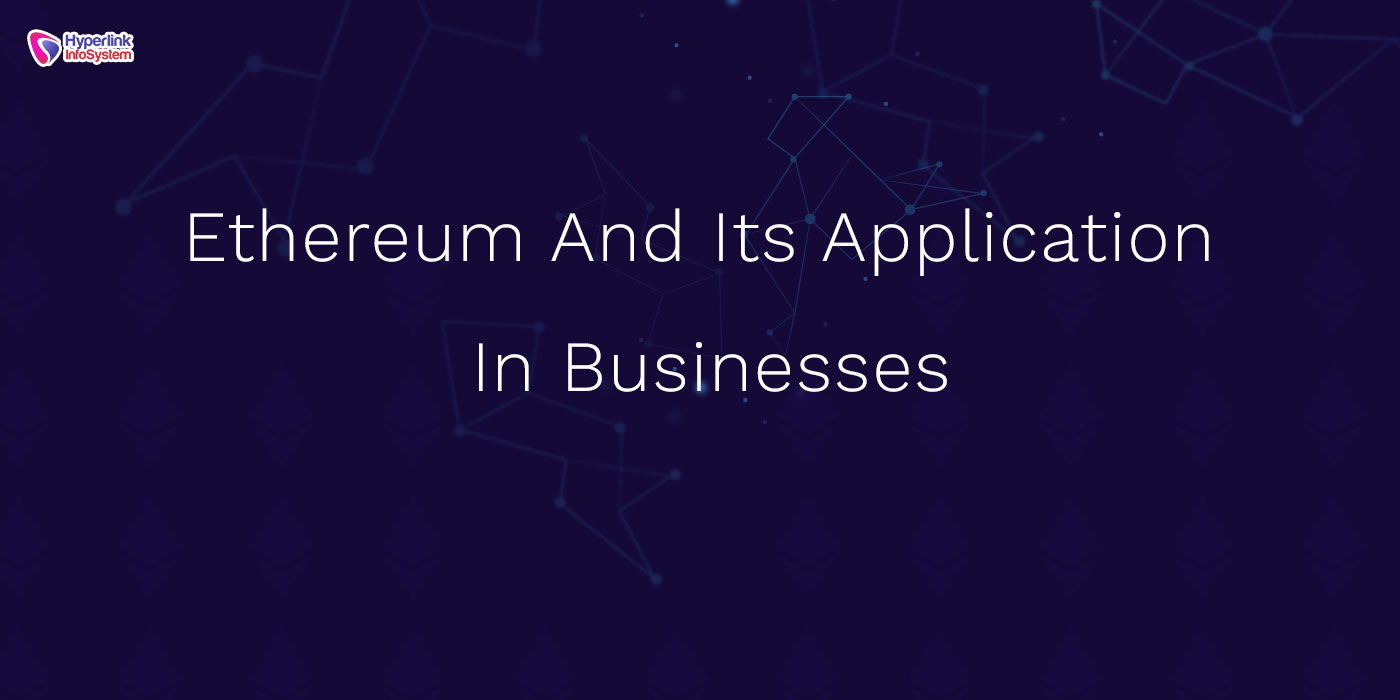 The open source platform Ethereum was invented in 2013 by VitalikButerin, who was previously actively engaged in the study of Bitcoin. After the debut of Bitcoin on the world stage, many developers wanted to use blockchain technology in their new systems, but they faced some limitations. Ethereum gets around them due to the fact that everyone on this network can write their own blockchain protocol in any programming language and, therefore, develop any application. The network structure supports both existing applications and those that are still to be created. The Ethereum has been on a continuous rise since it was first introduced to the world because of its many applications in today’s business world. You can hire blockchain developers by contacting blockchain companies to help you take advantage of this technology.
Ethereum exchange to the ruble and the dollar: where to look?
In March 2017, Ethereum overtook Bitcoin and the cost of its cryptocurrency ether was a record $30, thereby increasing the market capitalization of Ethereum to $2.57 billion. The financial and technological community actively supports Ethereum, for example, Microsoft and the bank JPMorgan have formed an alliance Enterprise Ethereum Alliance, which will be engaged in unlocking the potential of this network in various fields. Other members of the alliance are developing an open source version of Ethereum, which will serve as a model for creating its adapted versions.
Ethereum, like any other cryptocurrency, is very variable and depends on a number of factors. The rate of Ethereum against the ruble and the dollar can be viewed on different cryptocurrency resources. Often, such information is provided by services that develop cryptocurrency wallets. You can meet with top blockchain development companies to hire blockchain developers. It is important to make use of blockchain technology in your business organization.
Examples of using Ethereum in business
This is how companies use Ethereum to solve their problems and develop new tools.
1. Improved client data protection
Company KYC-Chain protects the data of its users with a series of cryptographic protocols. Its Ethereum-based platform distributes responsibilities among "trusted custodians" who issue and authorize user documents. In addition, the company motivates its customers to specify only the necessary information.
2. Extension of crowdfunding functionality
Over the past decade, the business development scheme has changed significantly. Now, companies and entrepreneurs do not need to look for an investor - they can raise funds through crowdfunding on platforms like Kickstarter and GoFundMe.
The Weifund organization wants to develop this system using the blockchain. Her platform uses Ethereum smart contracts to empower people who support projects.
Usually, if a project fails to collect the planned amount of funds, standard platforms return your funds in a standard amount. Thanks to Ethereum smart contracts, project organizers can enter into an individual agreement with users. Thus, there is full transparency and strict compliance with the terms of the contract.
Smart contracts allow you to transfer anything that is of any value, be it money, shares or data, without any intermediaries. Previously, you had to wait for the answer of the intermediary, but thanks to Ethereum everything happens instantly. In addition, all the terms and conditions of smart contacts come into effect automatically. You can meet with blockchain companies to hire blockchain developers. It is important to make use of blockchain technology in your business organization.
3. Decentralization of staff
Buterin and Ethereum supporters believe in complete decentralization - a system where each user has all the rights and can develop in any innovative direction.
At the heart of the organization working for Ethereum is a democratic voting scheme for shareholders. All depositors or contractors have access to the latest news and initiatives on contracts. You no longer need to bother with organizational policies and reports to shareholders. All programs are executed automatically as part of the contract.
Colony is one of the companies that use Ethereum. She abandoned the typical hierarchy and simplified her structure into a distributed workforce. In her place, a person is determined by his abilities. In this way, Colony motivates employees to invest their time, unique experience and ideas in global projects.
The Ethereum-based system of the company evaluates users and their contribution to the platform. For their merits, they receive special tokens. Depending on their value, all employees are automatically charged compensation in the form of cryptocurrency.
Colony believes in the future of democratic working conditions, where the location of employees will not limit their opportunities. So far, the system is in beta testing, but the company hopes to be able to influence the overall management system.
4. Economic development
One of the most famous advantages of Ethereum is low maintenance costs. The system works without intermediaries, and thus conducting operations becomes cheaper, faster and more efficient.
Companies in developing countries will especially benefit from this, as many local entrepreneurs find it difficult to cope with complicated remittances, an exorbitant amount of commission and a high exchange rate. Many companies use Ethereum to help people in developing countries with limited access to banks and global financial systems. With the Cryptocash feature, Everex customers can easily conduct international transactions. In this way, they can not only manage their personal finances but also take advantage of more global investment opportunities. Different businesses and sectors can take advantage of the Ethereum and blockchain technology. You can meet with blockchain companies to hire blockchain developers so that you can incorporate this technology into the daily operations of your business organization.
Back