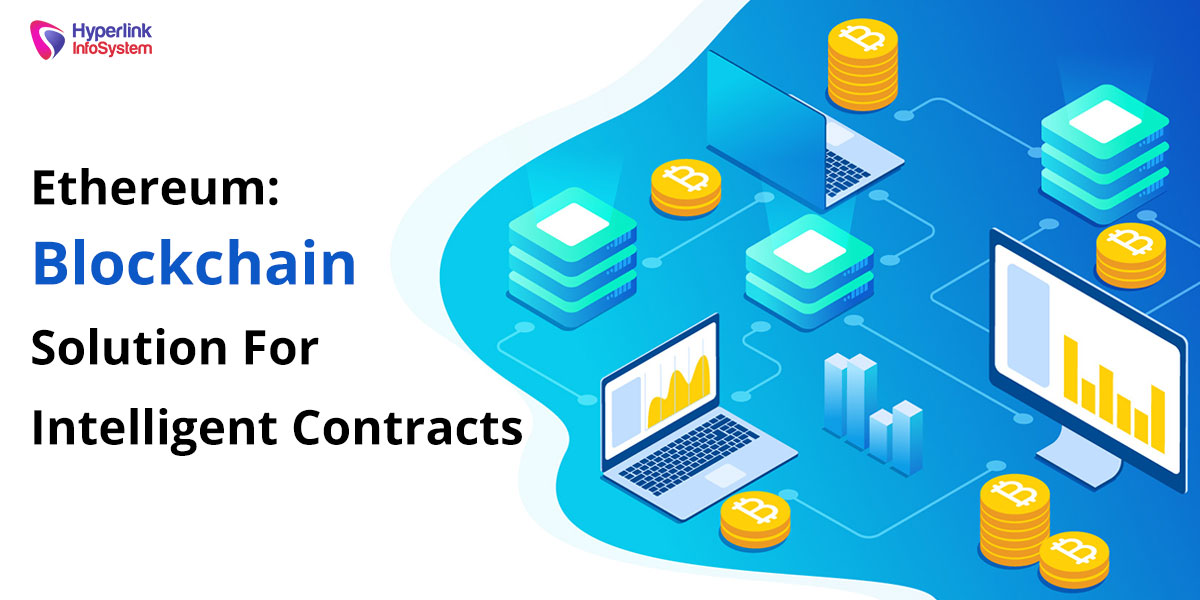 In January 2009, Bitcoin and its implicit technology, Blockchain, was born. The development of the cryptocurrency has been exponential since its appearance, nor is the chain of blocks behind.
The future of Blockchain technology is promising, it has applicability in most sectors. Its distributed database allows executing transactions between two or more parties in a verifiable, transparent and permanent way.
Ethereum is a web platform that makes it possible for any developer to create and publish next-generation distributed applications. It offers a programming language that follows the contract design methodology to create smart contracts.
Ethereum uses Ether, a decentralized cryptocurrency, which is used to execute the contracts. In this respect, Ethereum is not like most existing cryptocurrencies, since it is not only a network to reflect monetary value transactions, but it is a network for the supply of contracts based on Ethereum. These open source contracts can be used to safely execute a wide variety of services, including voting systems, financial exchanges, crowdfunding platforms, intellectual property and autonomous decentralized organizations.
VitalikButerin is the name of the Russian who created Ethereum in 2014 taking advantage of the characteristics of the blockchain. He has been able to give Blockchain a new twist. Creating a platform capable of developing applications for any contractual field, goes beyond digital currencies.
Ethereum and smart contracts, much more than a digital currency

The Ethereum concept not only encompasses the platform that supports the Ether cryptocurrency, it is much more.
The initial purpose of the Ethereum project is to "decentralize the web" by introducing four components as part of the roadmap of Web 3.0: a publication of static content, dynamic messages, reliable transactions and an integrated and functional user interface. These components are designed to replace some aspects of the Web experience that people take for granted today but doing so in a completely decentralized and anonymous way.
Ethereum is a protocol, a platform, a programming language and a cryptocurrency (Ether) where the main objective is the creation of smart contracts.
The intelligent contracts are blockchain applications that operate as software and run through blockchain, in a decentralized manner. The Ethereum platform is a network of devices/computers worldwide that develop these intelligent contracts under the immutable rules of shared consensus.
A smart contract is a software code that will run on its own under certain circumstances agreed between the parties in advance. They usually include a financial transaction. For example, if the value of oil drops to a fixed price, a quantity of money is invested in a certain action.
Smart contracts will provide financial services in the future without the need for intermediaries. They have endless possibilities: online voting systems, insurance, betting ... Smart contracts incorporate the main features that Blockchain:
They are immutable: once created they cannot be modified
Insurance: they do not depend on a central authority, but on the distributed network where security is greater.
Transparent: all the information is stored. You can consult but not modify the transactions generated previously.
The programming language of the platform is the " complete Turing ", in its contracts can be programmed for any type of transaction or application.
Ethereum, Blockchain technology to create smart contracts
If Bitcoin is a blockchain solutions platform where transactions are made with digital currencies. Ethereum is a blockchain solution where transactions are made of anything, allows transaction anything that is programmable.
Ether, the digital currency of the Ethereum platform

The cryptocurrency Ether is the fuel that keeps the platform. For smart contracts to be executed, they need to be paid in Ethers. The more complex these smart contracts are, the higher the price to pay. Ethers are therefore created to facilitate transactions on the platform.
The Ether digital currency, in addition to serving as currency for the payment of operations that are executed, serves to encourage miners who contribute their resources to the decentralized network.
The miners are users who are responsible for verifying that the transactions are correct and that no type of fraud is committed. Ether mining is similar to Bitcoin.
Features Ether. Differences with Bitcoin
Ether is the second most used digital currency behind bitcoin. Some experts predict that it will overcome it. These are some of the characteristics of Ethereum's digital currency compared with Bitcoin:
Both Bitcoins and Ethers can be used as coins. They have blockchain wallet apps for the purchase of products or services and also function as deposits (savings).
Ether and Bitcoin are a protocol, each cryptocurrency has a procedure to carry out communications and checks on its platform.
The two cryptocurrencies use the Blockchain technology, so they cannot turn back the transactions executed previously.
The main difference of the Ethereum cryptocurrency with Bitcoin is that there is no maximum limit of Ethers in circulation. While Bitcoin technology has a limitation on the issuance of 21 million virtual currencies. The limitation makes Bitcoin a clearly deflationary currency. Ether, therefore, has a more consistent basis to replace traditional coins.
The confirmation time of the operations is 16 seconds in Ethereum and 10 minutes in Bitcoin.
Ether uses 18 decimals and Bitcoin 8.
Conclusions and some problems of Ethereum
The main problem that is attributed to the platform is that the nodes are very concentrated in the creators. If the nodes belong to few people, the system loses one of its main characteristics, decentralization. A possible manipulation is available to a few or a cyber-attack to the creators.
Immutability of smart contracts. The contracts cannot be modified, this is good for the trust in the system. But any change plans or error implies that it cannot be corrected.
Difficulty in relating external services with the intelligent contract. For certain services, the required action, once the contract conditions have been met, requires human intervention.
The main problem is the first, but it is totally solvable with the passage of time. As the number of nodes will increase and real decentralization will be a fact.
The employability of Blockchain solutions is huge. Once its applicability in cryptocurrencies (Bitcoin) has been validated, a distributed platform has been created capable of developing an infinity of economic and financial applications. Smart contracts generated through Ethereum can cause a disruptive change in digital business relationships.
In summary, Ethereum uses blockchain development to become a decentralized global IT platform capable of creating intelligent contracts. These computer applications not only include cryptocurrencies but anything that is programmable. The intelligent contracts serve to any transaction, run by themselves, without human intervention.
Back