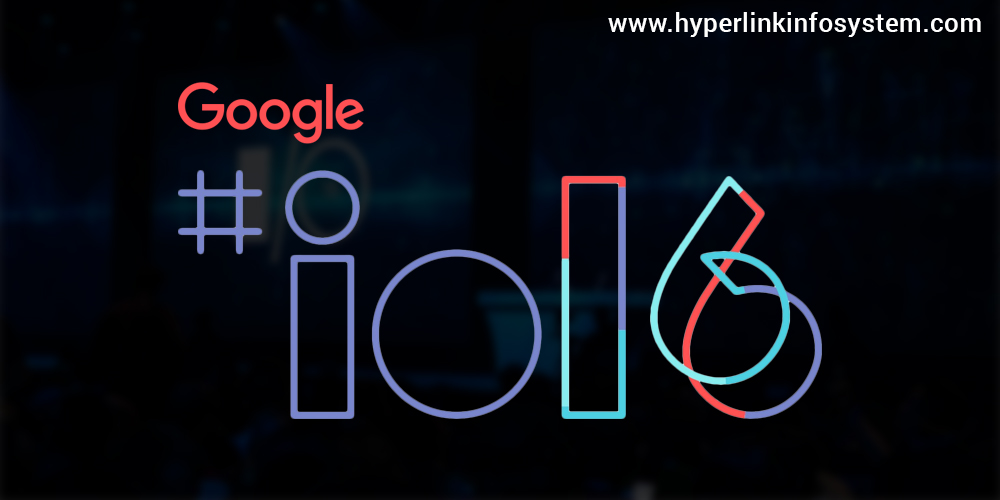 Google I/O is an yearly developer focused conference that makes announcement related to the forthcoming products and services Goggle is going to offer to its customers . It also makes crystal clear vision about the technology sector in the forthcoming future. Generally this conference is conducted in San Francisco , California and the same was held in Mountain View for 3 days from 18th to 20th May 2016. Now, Let's watch-out what products and services Google is uncovering this year.

It's an voice Assistant based on Google Technology that interacts with users while helping them in their daily tasks. It can be useful for booking movie tickets , Picking up dinner on the Way , Guide you the way to theater and so on. Google has been working on AI and its relevant technology since long and, Google Assistant – A chat-bot that works cross-device is the result of those Sweat and research on which Google was working Since long. Google Assistant- A chat-bot by Google can be activated by parameters like Voice which remind us of Siri and Alexa. It will be offered into numerous devices and that includes Google Home also. It will also be found in Allo Messaging App.

It's the messaging App that comes attached with Google Assistant that allows you to interact straight away with the chat bot. As it has clever algorithm it appends feature for Smart reply that understand the Conversation context , analyses earlier conversation and comes along with newer responses that are thrown to the user during running chat. The Responses may include emojis , sticker , pics all intended to make conversation more engaging. So, this app will be made available on both Android and iOS platform.

It's a simple Video Calling app that supports both android and iOS respectively. It offers mobile service that uses mobile no as unique identification number that simplifies user experience of video calling. Whenever an app is being launched what you see is a selfie video of yourself that helps you to make adjustments with your hair, make-up and look stunning when covering with the folks. The profile displayed is in Small -circles.

This app consist of Knock-knock feature that permits users to preview live video streaming of caller before they answer the call. Calls are supposed to be carried out in 720p having HD audio but the app has flexibility of adjusting video calls quality in accordance to the strength of network.

Google Home is a voice controlled cylindrical shaped speaker augmented by AI (Artificial Intelligence). It makes use of Google Assistant that is being used in Allo that requires power connection.

It will answer all your queries with the help of Google Search engine. It is also made available into customized color sets that fits into the ambiance of your House.

If you have your own chrome-book, then it's party time. Google I/O 2016, has been initiating workshops that helps android developers to optimize their application for chrome-book. Chrome-book owners will have access to App-store an d the applications within short time. The workshop teaches to optimize apps while selecting new features for Android N and M respectively.

Entire index of Google play will be coming soon to chrome OS.

Daydream is an VR platform powered by Android app development india and is built on android N. All the apps are going to be available soon on Daydream and that includes You Tube , Google Photos, street View, Play store etc in VR versions form. Google has recruited Media companies to come up with VR apps on Daydream platform.Streaming platforms and companies like Netflix and Ubisoft and electronic Arts are working to develop VR application for Daydream. According to the research Daydream will work only on android phones with some specific components like sensors ,screens etc. According to Google, Daydream furnished phones along with VR viewers and motion controllers will be made available by this end.

Some other Important Announcement were :

Google is defining our future. Google’s mission is “to collect and organize the world’s information and make it globally accessible and at the time useful”. It is trying for an approach to make lives easier as well more interesting by the data and information it has stored in its centers. Hyperlink Infosystem – one of the best and renowned top app development company is always open to greet new minds and new ideas. So what are you waiting for ...! Discuss your ideas with us to make an app that change the world. Contact us now .