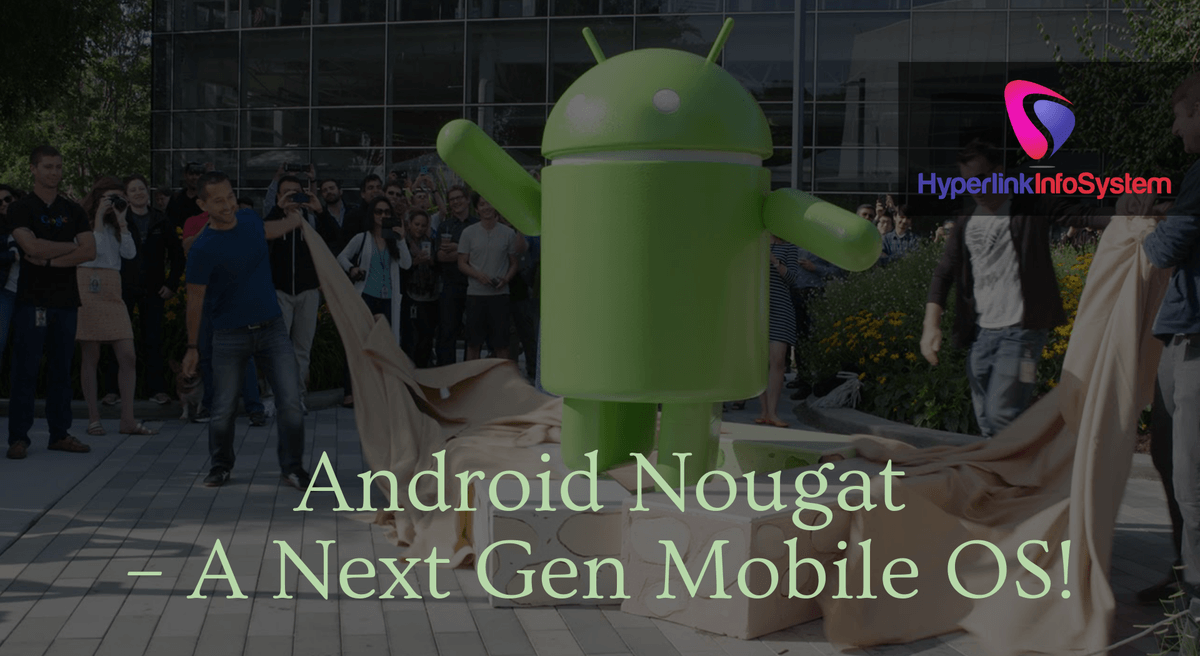 Recently, Google Android is making some large jump in redesigning it's OS, meanwhile adding some more functionalities and features to make it more competitive & capable enough against the rival OS. The landing of Lollipop has shifted Android Application Development to a state that made it felt complete enough. With the breeding of Marshmallow, many mobile manufacturers was moving to adopt the Android's native trend. Though expectations are high from Android Nougat (which has been renamed from Android N and Google officialy launched it as Android version 7.0) with irrelevant move, Google unleashed Nougat developer build on quite an early note than expected.

As Android N has been labeled as Nougat, let's watch out the features of it and know which will stick and which will be replaced with the newest one.

One of the most easy and notable change one can see is faster access to the notification bar that allows to edit the tiles for the option that you use often.

Example: If you use Bluetooth option frequently than tap -> Edit-> press and hold the option & drag it.

At certain time period (like sunrise or sunset) it will switch it's display color accordingly. In addition to display warm colors, it also switch itself to darker mode, so that one do not get blind when its opened inside dark background.

Android Nougat is more about control — that means you can change your status bar look. The status bar is located on the top that displays important icons like No notification, WIFI, battery status, Data connection and much more. System UI tuner let you customize your bar by simply dragging notification drawer and holding the setting gear which will unlock the Tuner and Wow! Now you are able to access it on settings bottom.

Are you having limited INTERNET plan? Want to conserve your limited data? Then, Google will help you out to save out your data from some apps with the new saver tool integrated in to Nougat. Just go to Settings -> Data Usage -> Data saver and it will switch the feature on/off. Turning On this feature will guide you to restrict the apps that are not allowed to use the data when Data saver mode is on.

To activate the mode, Just go to -> Apps -> press & Hold Recent apps. When you do so the current app accessed by you will move up and will fit on the top half and you will be able to see the recently used applications to determine what activities are going on. You can also move middle bar to determine the amount of space consumed by each app & if you swipe it to the bottom area you will end the split screen mode and the top app will be take on over and continued.

As smartphones are available in multiple Screen Sizes, Nougat let you change the Size of Display as per your preference. Just go to Settings -> Display -> Display size which will alter elements size on the screen not the fonts. The options available are Default, Small, large, largest and larger.

Android N allows you to add emergency information to assist you in such type of situation. Just head over to User -> Emergency Information. Here you will be greeted by the form asking you to fill details like Name, Address, Blood Group, allergies etc. Once the data is filled it can be accessed by any person if he/she taps on Emergency Call -> Emergency Info.

Whenever tap is triggered on Share icon, it will list out numerous applications. It is quite difficult to share the information to the appropriate app as huge no of apps are available and so you can pin your favorite most app on the top by tap & hold -> add to pin option that allows you to share details via your favorite app quickly and easily.

Android N integrates Call blocking system which will remain persistent irrelevant to change in device. To block a call just head over to Settings -> Call blocking and simply add a number. Here except default Call, SMS and carrier apps other services can also block calls.

So, these are some of the features that underlined by android N. Are you interested in development of such outstanding feature that fascinates your new Android OS? If yes, then hire android app developer from us to build successful android OS with us. Contact us now!