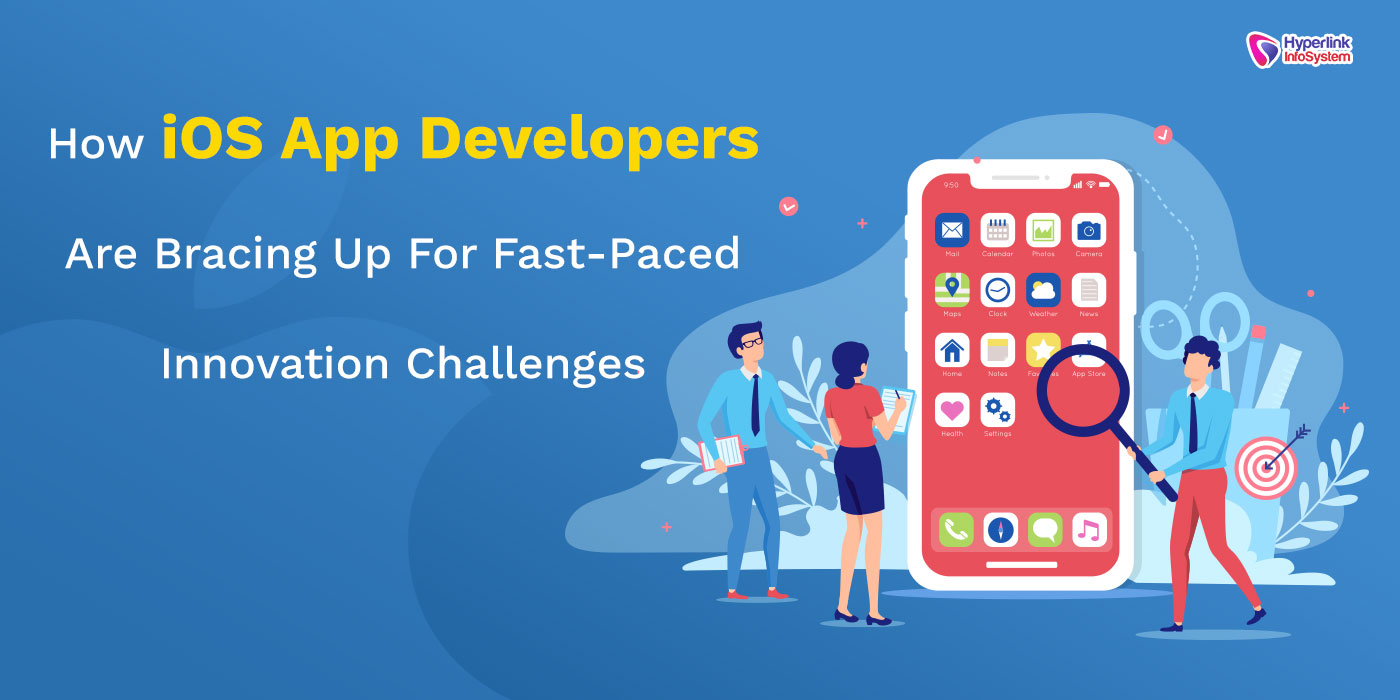 iPhone app development has come a long way but it certainly looks as if things are just getting started particularly with the eruption of dynamic technologies and how they are likely to influence these mobile processes. These new-generation technologies are unarguably on the verge of sparking an uncommon tech war for both developers and their related platforms as never experienced in the industry before. With the fast pace of innovation cutting across various industries, it is obvious that continuity would pose a very great challenge for many mobile tech organizations operating today.
Generally, there is the need for mobile app developers and top app development companies operating in virtually all industries to start now to clear the stage in preparation for an imminent tech revolution that will likely disrupt processes. Actually, this doesn’t look like a typical dilemma with some unsatisfactory alternatives, as it presents an uncommon kind of situation in which programmers are faced with a range of indispensable technology options including cloud, analytics, IoT, big data, artificial intelligence, machine learning, mobile, and social technology.
A clarion call for change
In the true sense, it will be wise for every mobile app development company looking to remain in the business tomorrow to start now to make the right decisions before things go out of hand. Some industry analysts have already begun forecasting the emergence of a unique third platform that is very much likely to comprise of big data, social media, mobile apps and devices, and cloud computing. Failure to adapt to the trend of this confluence of technologies can lead to an IT world of upheaval in the near feature.
Currently, many top app development companies are already feeling threatened by these innovations that have started paving the way for the introduction of a new generation of vendors on the platform. Interestingly, some iOS developers are taking these vivid and stark revelations very seriously bracing up themselves for the fast-paced innovation challenges that are likely to surface any time soon.
As a matter of fact, it involves more than just joining the bandwagon. Any mobile app development company looking to make a change must be willing to change its orientation about the current state of mobile app development and should be ready to shift grounds to make room for these new technologies and the features they bring.
In the recent past, there have been a series of unprecedented changes that have been witnessed in the mobile tech world. Obviously, there is an increasing urge among several top app development companies in their quest to search for experienced app developers in cloud technology. Already, the mobile app market has begun consolidating on a few cloud providers and technologies.
In a bid to establish dominance, some app development companies have started collaborating with cloud providers to effectively integrate these technologies into iPhone app development while others are doing everything in their capacity to ensure that they create a large pool of cloud developers just to gain predominance on the industry table. Interestingly, Apple has cottoned on the reality of how important iOS developers are and have begun ditching out helpful updates and other relevant product releases to meet up to these expectations.
How iOS developers are setting the stage
Not many people understand what is really happening or the current state of things in the mobile app development world like app developers themselves. These days, mobile app developers are becoming more influential in setting IT agenda like never before. In fact, as much as a mobile app development company can play an important role in making early decisions during an app’s design and development phase, the entire industry is bound to be controlled by the big players themselves.
When it comes to delivering application functionality, developers are the first point of contact. These are programming experts that are directly associated with applications and, as such, they know what it means and how it feels like to engage in a dynamic iPhone app development process. They feel the pulse of iOS users with which they use to direct the pace of things within the industry.
While OS platforms, like Apple's iOS, will continue to provide an enabling environment for startup development agencies and top app development companies to thrive in, the real industrial transformations will be occasioned by these organizations. Basically, developers are responsible for the adoption of these fast-paced innovations that are beginning to find their way into the industry. From this time on and in more years to come, these mobile programmers will continue to play strategic roles in adopting dynamic features that are bound to shape the entire industry.
The future of iOS app development
iOS will continue to remain one of the most favorite mobile platforms for development even in years to come as long as it continues to provide relevant updates that can capture the hearts and minds of these next-gen innovators. Just so you know, iOS will miss a significant market share if today, developers choose to abandon iPhone app development in search for something bigger. This is why Apple itself is not resting on its laurels to ensure that these developers get the best resources they require to remain on board.
Currently, these platform players are fueling the industry’s growth with the development of new efficient cloud applications. It is rare to find any mobile app development company operating in this realm that is not adopting or planning to adopt these disruptive technological features.
Back