Important Metrics For The Success Of A Mobile App 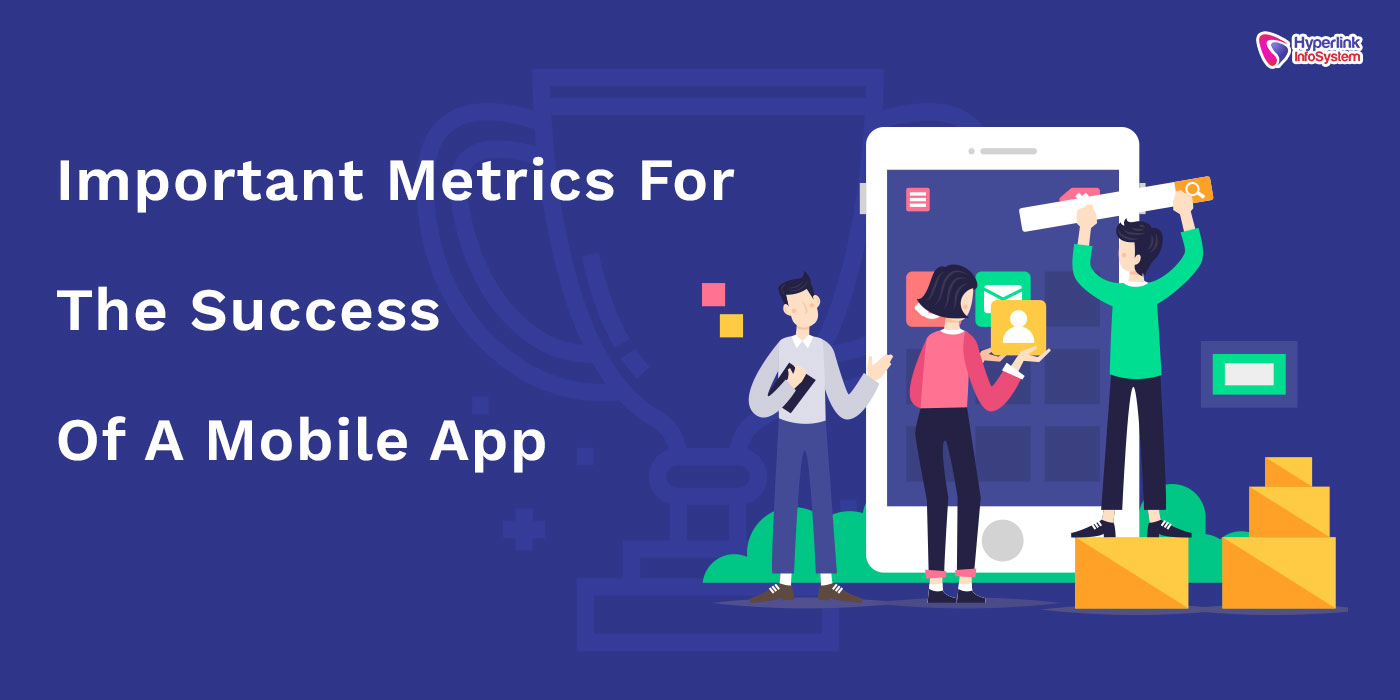 You can’t improve on what you can’t measure. But what metrics needed to improve the performance of a mobile app?
To identify the strengths and weaknesses of an app, you need data that accurately represents the performance of mobile app. You can never improve your app with wrong data or by processing the correct data in the wrong way. In order not to ruin the performance of your app, we recommend tracking down these 5 key metrics.
1. The average income per user and the total profit from a user.
The total profit from one client is one of the main indicators of the success of your chosen business model. With regard to mobile development, it determines the financial value of your company, showing how each user makes a contribution to it throughout the entire interaction with the application.
In the case of startups, this formula may not work due to the lack of sufficient data. Therefore, instead of your own statistics, you can use the statistics of your closest competitors in order to understand which indicator you should strive for. In any case, entrepreneurs agree that to ensure the profitability of a company, the total profit per user should exceed the cost of attracting it at least three times.
The average revenue per user (ARPU) is an indicator associated with the peculiarities of the purchasing behavior of your audience. It is needed to analyze the company's revenue source, including its changes from each new installation of a mobile app or a purchase made in it. From this metric, investors draw conclusions about the potential profitability of the project, and developers - about its shortcomings. In general, increasing both indicators along with expanding the user base is in your best interest.
2. The cost of installing the application and the cost of a loyal user
Cost Per Install (CPI) is the amount you spend to ensure that one person installs your mobile app. You advertise in various media to increase the number of installations and pay a fixed or floating rate for installing the application.
The cost of installation is calculated as the ratio of the budget of the advertising campaign to the total number of installations of the application. The Cost Per Loyal User (CPLU) is the amount you spend to get a “loyal” or “active” user who has entered the application more than three times.
This metric shows how much money you should spend to attract an audience that actually uses your app after installation. In conjunction with the average income from one user, it will help you calculate:
1. Return on Investment ratio (ROI).
2. The break-even point which is the number of installations of the mobile application, at which the sum of fixed and variable costs of the company is equal to its income. When it exceeds costs, you will begin to make a profit.
Statistics Fiksu DSP at the moment is as follows:
- The average cost of a loyal user in the market of mobile applications is $2.51;
- The average cost of installing an application for iOS is $1.88;
- The average cost of installing an application for Android is $2.42.
3. Retention
To date, more than 6 million mobile apps are available on Google Play and the App Store. However, users spend almost 85% of their time on smartphones for only 5 of them, and the likelihood that your application will be removed after 72 hours of use and will never be installed again is 4 out of 5. This means that people are content with a small set of favorite applications. Retaining the audience becomes a serious problem, especially for mobile startups.
Inc.com and Molly Galetto define the term “audience retention as the company's ability to build and maintain long-term relationships with as many customers as possible.”
Based on these data, you can improve the marketing strategy and make the promotion of the app more targeted, as well as calculate the total profit from cooperation with each client and the total income of the company.
4. Audience engagement
Involvement is not an empirical indicator. It can be estimated by tracking and collecting other data, such as the session duration, preferred ways of interacting with the application, the number of interaction on the app through push notifications, and the total number of screens viewed during every session. For Android app development, you should contact app developers.
Involvement is important because it speaks about the quality of a mobile app, complementing quantitative estimates. Active users not only raise audience retention and total profit but also contribute to the viral spread of the app through social networks. Therefore, the largest mobile apps, such as Facebook, have a very high involvement rate.
5. Consumer Loyalty Index
Consumer loyalty index (CLI) is one of the most effective indicators of user satisfaction and mobile app popularity. It can be measured by asking the audience the following question: “On a scale from 0 to 10, what is the likelihood that you will recommend our app to friends, colleagues and family members?”. For Android app development, you should contact App developers.
Whatever the result, it will give you an idea of the audience’s impressions of your application and help you:
- understand whether your product meets market demands;
- measure the value and viral potential of the application;
- assess whether users want to share your application with other people, making them your potential customers.
Back