Important Skills Needed To Be Successful As An iOS App Developer 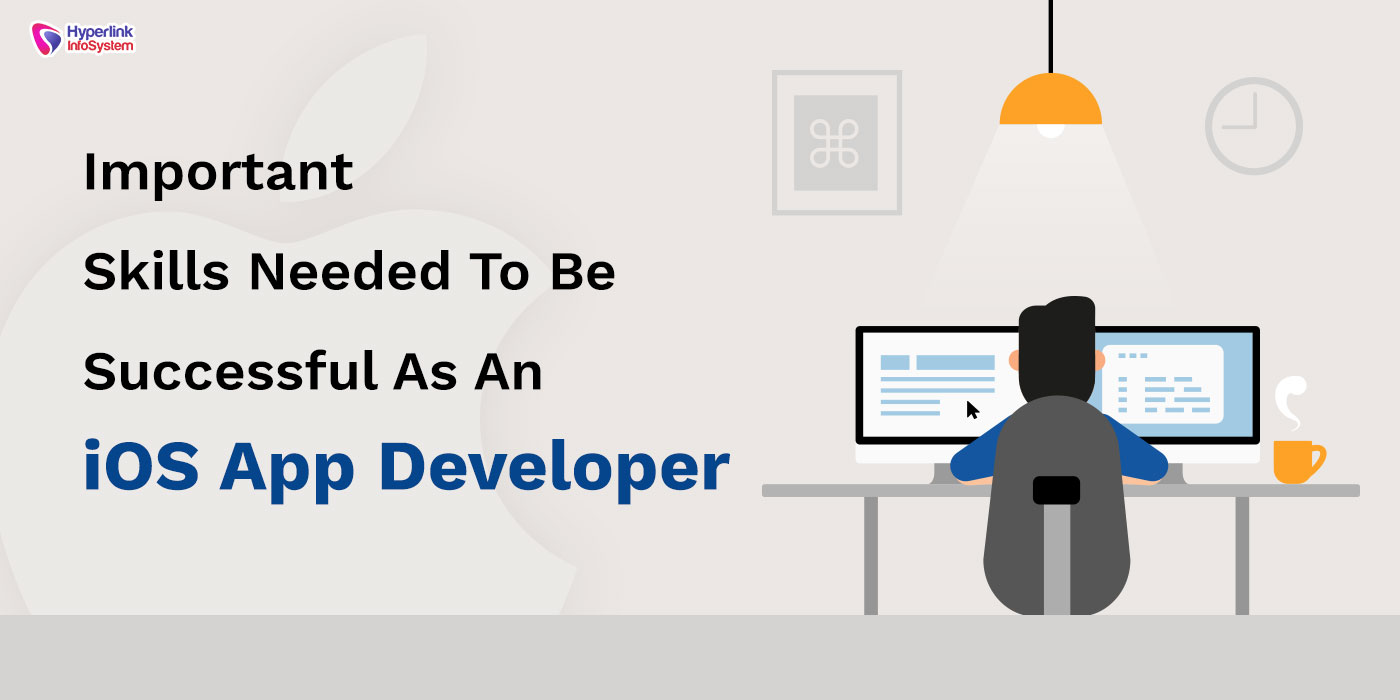 The advancement in technology is bringing about a huge paradigm shift in the job market. In the coming years, several of the jobs that we know now will be faced out, replaced by newer ones. It is therefore pertinent that you position yourself and acquire skills that would make you important in the new dispensation.
One field that holds a lot of promise is mobile app development. Opting for a career in mobile app development increases your chance of job growth and offers your tremendous opportunities. The huge opportunity available in mobile app development is due mainly to the ever-rising smartphone and mobile app usage. According to the latest report by the U.S. Bureau of Statistics, the job growth for mobile app developers is estimated to be above 20 percent for the next five years.
When it comes to mobile app development, there are two major fields of specialization; Android App Development and iOS App development. Both Android and iOS have their distinct features and perks, but if you must choose one particular field to specialize in, then it should be iOS. So, what does it require to be a proficient iOS app developer or to start an app development company? Below are some of the core skills that you need to become a professional developer or to develop an app development company;
1. Swift:
This is the basic and most important skill that you must acquire if at all you want to have a career in iPhone app development. Swift is a programming language owned by Apple which is used for developing mobile apps specifically for the iOS platform. The language has been adopted and is now used for the development of all projects under iOS. The language is pretty much vast and complex, but the following subjects should give you a decent understanding of the language and its practicality;
- Basic syntax
- Control Flow
- Optionals
- Objective-C Interoperability
- Classes, Inheritance, and Initialization
- Error handling
2. Spatial reasoning:
Another very important skill for app developers or app development company is the ability to think in terms of 3D while bearing in mind the spatial relationships between objects. When Apple app developers develop interfaces for Apple products such as the iPhone, Apple TV, Apple Watch, they need to spatially imagine how users will interact with the app. Therefore, it is important that you have a deep understanding of the varying inputs or types of controls that are available for different platforms. Basically, you are seeing the device from the user's perspective.
3. Creativity:

In order to be one of the go-to app development company or app developer, you must possess the capacity to think outside the box. Every single day people are exposed to dozens of different apps on the App Store. Majority of these apps are basic and plain; there is hardly anything new about these apps. The ability to think outside the box and create apps that unconventional and unique is one of the distinguishing features of reputable app development companies.
4. Design guidelines:
One of the main reasons why Apple apps are so popular and successful is because of their intuitiveness. That is brought about by their strict adherence to defined guidelines and procedures. In iPhone app development, there is a very specific way by which data is processed and displayed on the screen. In order to master the art of building such intuitive apps, there is a need to understand these design patterns and guides.
5. Analytic mind:
In addition to creativity, another important feature an app developer or app development company must possess is the ability to solve problems. To be a successful app developer, you must have a logical mind to support your creativity. Although you may possess the relevant certification by way of programming and graphic design, just like many other developers, what will stand you out is how you apply this knowledge garnered from school. In iPhone app development, developers must be able to achieve high-end tasks.
6. Networking:

Before going ahead to link app development with networking, you need to come up with an app that has no connection whatsoever with the web. This may be difficult to achieve as a majority of the present day apps interact with the web in one way or the other. It is important that you have an understanding of sending and receiving of data over the web or networking. In order to be successful in this aspect, you need to familiarize yourself with JSON - JavaScript Object Notation. Although this may seem somewhat difficult at first, it is the standard data-interchange format which is quite straightforward.
7. Core data:
This refers to a persistence framework for devices which run on the Apple platform. The way these framework works is by storing data on Apple's devices. To bring this into context and to give a better understanding, consider the old video game Super Mario Bros. It is usually frustrating having to start the game all over again when next you put it on. This was because the game lacked the ability to save the game's progress.
8. Grand Central Dispatch:
The Grand Central Dispatch, abbreviated as GCD, is a technology developed by Apple which allows users' app to be simultaneous in nature. It is a highly important technology in iPhone app development. This means it will be possible to perform a number of operations at the same time. This is of immense importance as our highly populated apps have a couple of tasks to undergo which includes gathering data from the web, reading the user's touch input, displaying it on the screen, and many others. This GCD programming gives the device the capacity to sustain multiple strains without slowing down or crashing.
Back