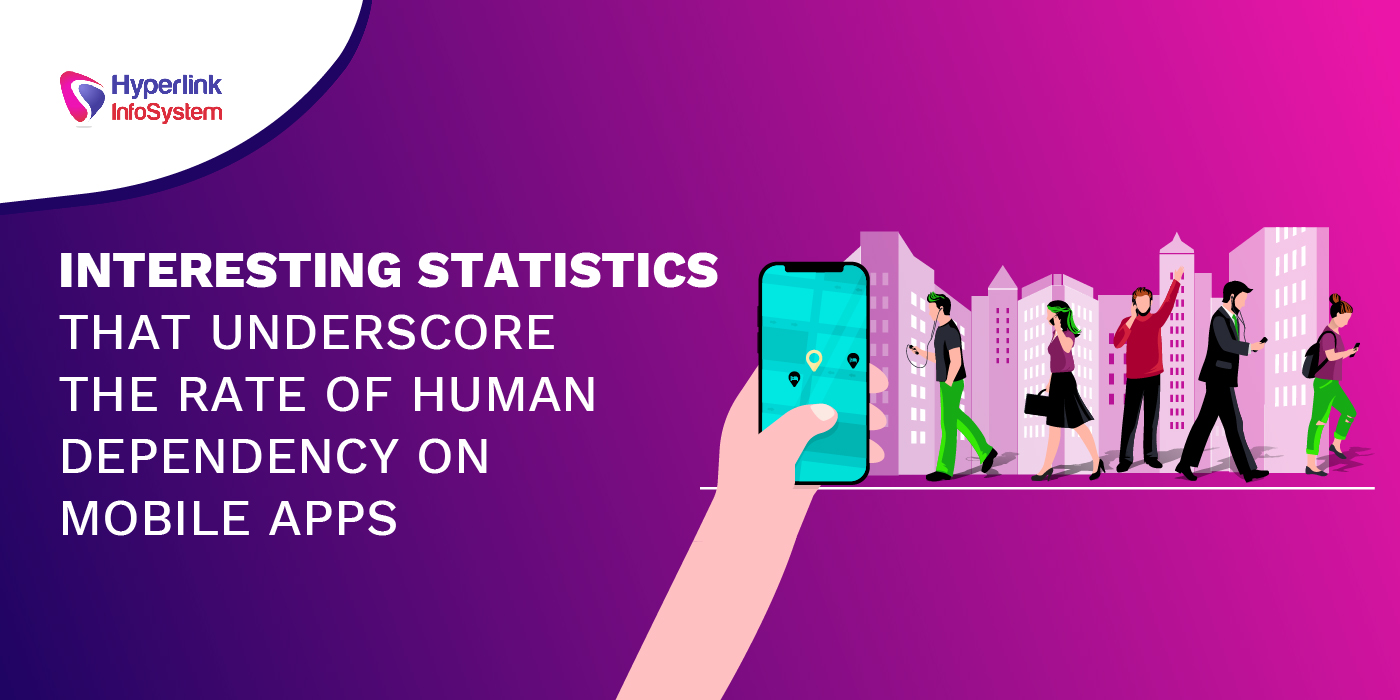 If you still don’t believe that your business needs a mobile app, here are some interesting statistics about mobile apps and after going through them, you should be thinking of what android and iphone app development company to hire. This is because the figures speak volumes on the importance of android and iphone app development and their prospects. So, let’s dive straight in.
1. There’ll be about 6 billion mobile users by 2020
According to a recent report, there’ll be about 6 billion users of mobile devices all over the world. If there are 6 billion users in the world, what does that tell you about the prospect in android and iphone app development industry? You still don’t get the drift? Here is an eye-opener. The world population is currently about 7.7 billion. Now, divide 6 billion by 7.7 billion and multiply your answer by 100. You’ll get 77%. This implies that about 77% of the world will be using a mobile device by 2020. When people use mobile devices, they are actually using different mobile apps in their devices.
This means that android and iPhone app development is a goldmine yet to be fully exploited. Do you still think your business does not require android and iphone app development? The statistics reported here in this article are collectively passing a message – In future, you’ll either roll with your own mobile app or gradually roll out of business. By the time you consider the other figures below, the picture will be clearer.
2. About 194 billion mobile app downloads occurred in 2018
Isn’t it amazing that mobile apps were downloaded up to about 194 billion times? Doesn’t it show that the world is obsessed with mobile apps? Any organization that didn’t have its own mobile app in 2018 missed out big time. You don’t need a fortuneteller to know that the figure will only continue to increase. In fact, it is not impossible for the figure to double up in 2019.
3. App Store spending increased by 75% in 2 years
From 2016 to 2018, the total amount of money spent on downloading apps and buying in-app items increased by 75%. It increased to about $101 billion. Now, if the increase remains steady, in another 2 years, it will increase by another 75%. This implies that by the end of 2020, consumers would have spent about $176 billion on apps on only App Store.
Of course, the rate of increase will definitely be higher than 75%. Furthermore, App Store is not the only platform where mobile apps are downloaded. Think of Google Play Store and other smaller, little known app stores where android apps are displayed. You don’t want to miss out on a $200 billion market.
4. Mobile phone users spend 3 hours a day on their smartphones
On the average, users spend a total of 3 hours on their mobile devices every day. People spend an average of 8 hours in a day sleeping. They spend an average of 1 hour a day for doing house chores and they spend an average of 2 hours a day for meal preparation and clean up. This implies that after their jobs and sleep, the activity that takes most time is the use of their smartphones.
Remember, the figure is likely to climb now that many home appliances come with their mobile app. Another report has it that users check their phones about 47 times a day on the average. So, it is the addition of the amount of time they spend each time that totaled up to 3 hours.
5. There are up to 100 apps on every smartphone
An average smartphone user in the United States has about 100 mobile apps already installed on his phone. Think of it. Do you know how relevant and successful your brand will be if only 1% of American mobile device users have your app installed on their phones?
6. Mobile apps accounts for 57% of all digital usage
To put it in simpler terms, mobile apps accounts for 57% of the amount of time people spend on the internet. This implies that mobile apps have become an important parts of people’s lives. This is why 80% of users check their phones at least an hour before they hit their bed while about 34.7% check it within 5 minutes before sleep. A good percentage will also check their phones when they wake up in the middle of the night to wee.
More than 70% of users will reach for their phone within 5 minutes after waking up. You probably do the same; don’t you? Gone are the days when people switch off their smartphones before bedtime. One good reason why people no longer switch off their phones before bedtime is because some users monitor the quality of their sleep with one mobile app or the other. In other words, mobile apps tops the reasons people no longer turn off their phone at bedtime.
Users within the ages of 16 to 24 seem to spend 20% more time on their phone and they use mobile apps 30% more than the rest of the population. They also play more games than the rest of the population. The best part is that they are the ones that usually test new mobile apps and other technologies first. So, if you’re thinking of developing your mobile app, they should top your consideration list.
People are heavily dependent on mobile apps now and the reason is understandable. There’s a mobile app for virtually every task you can think of. So, you should be thinking of getting a mobile app for your business as it will not only increase your rate of sales conversion. It will also increase the credibility of your brand.
Back