Local Wallet Bitcoin Cash: What Is It And Which One Is Better To Choose 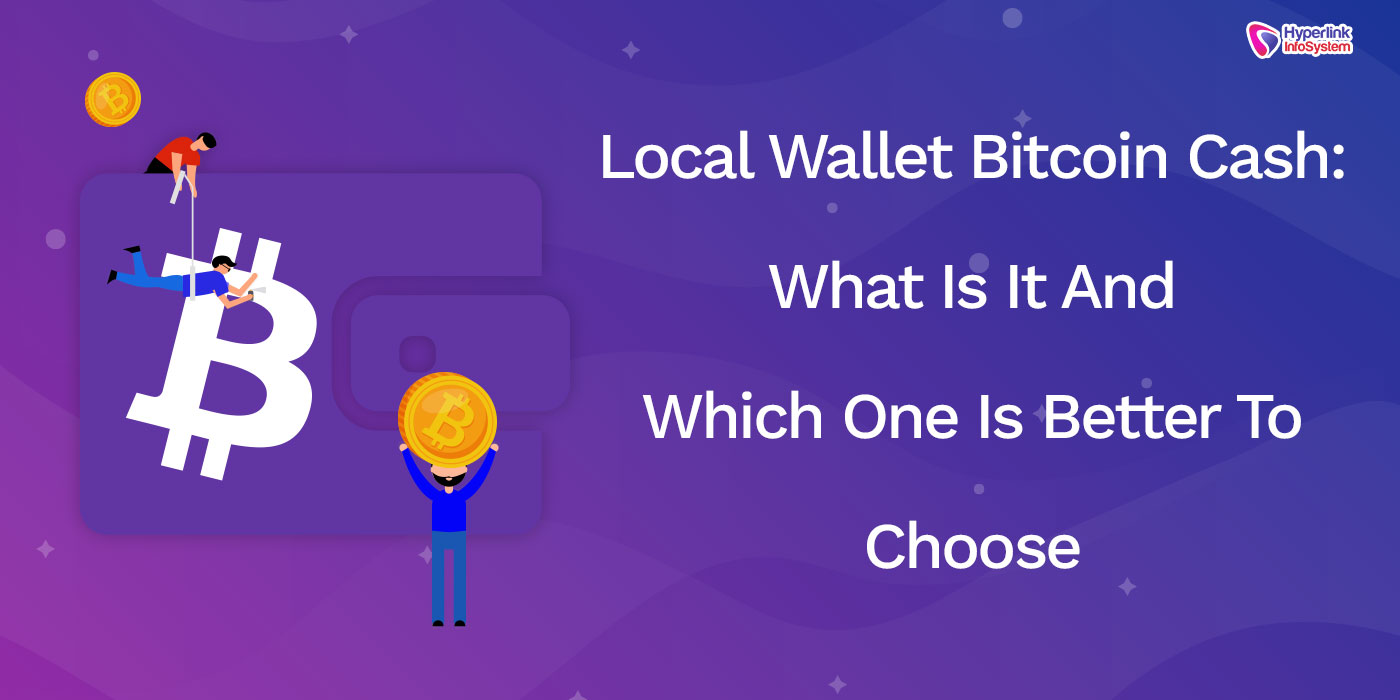 The Bitcoin cash (BCH) peer-to-peer payment system is a network that is separated from BTC due to heavy traffic. Its creation allows lower transaction fees and speeds up transactions. The issue of storing coins is important and Bitcoin Cash local wallet is regarded as one of the most reliable ones.
The concept of a local wallet
All cryptocurrency stores are divided into offline and online versions. Among the first emit paper and hardware wallets. They have better safety performance but are not so good at use. The functionality is quite limited and the navigation itself leaves much to be desired.
Online wallets allow you to process and conduct transactions fairly quickly. It is easy to work with them since all navigation is done through a browser.
Local wallets are programs exclusively for computers (as an option, they launch versions for other devices during updates). The main feature is downloading the entire blockchain to a computer so that you don’t need to connect to remote servers to conduct transactions.
However, with the development of the sphere, they began to be divided into two types: thick and thin. The former implies downloading data, while the latter does not require such an action. They connect to the program's developer servers to confirm the transaction.
Local wallets can be divided into categories and some of them are completely disconnected from third parties and only require periodic connection to the network to update the blockchain. Others depend on remote servers but provide maximum functionality and safety of funds. It is important to hire blockchain developers for your projects using blockchain technology.
What are they needed for?
Long-term investments, trading, and mining - the three most popular activities related to cryptocurrency. Regardless of your choice, you should always have a good wallet. However, it is chosen for a specific task.
So, for the stock exchange, storage is best suited for trading because there is direct access to trading. For long-term deposits, as a rule, choose the offline version. In the case of mining, local wallets are considered the ideal option.
However, if we analyze the statistics and user reviews, then about 80% of users of cryptocurrencies have local storages. There are several reasons for this:
- extensive functionality (replenishment and withdrawal, tracking history, creating an address book, importing keys, etc.);
- high security;
- simplicity of work;
- keys under control;
- availability.
The set of criteria has made local wallets one of the best for storing cryptocurrencies. The main thing is to have constant access to the computer. Given today's pace of life, such a requirement is not difficult to satisfy.
Storage for Bitcoin Cash (BCH)
Bitcoin Cash is in considerable demand. On average, its network passes up to $400 million every day. Given these indicators, it would be advisable to create a full-fledged local wallet exclusively for this cryptocurrency.
However, today there are no applications from official developers. It is difficult to even name the reasons for this phenomenon. Unlike Ripple, cryptocurrency itself is a payment system, because they work in the so-called synergy.
Many other wallets still added support for Bitcoin Cash. Due to this, there is a wide range of programs for storing this cryptocurrency. Some of them include:
- Exodus;
- Jaxx;
- Bitcoin.com
Visiting the Bitcoin Cash site, you will see a lot of wallets. However, they all exist only in the version for phones. If you have not yet chosen a storage for your smartphone, then one of these options is ideal. It is important to hire a blockchain developer for your projects using blockchain technology.
Electron Cash does not inspire confidence
Many people mistakenly consider this wallet as the official local repository for BCH. This is largely due to the fact that the program works only with Bitcoin Cash. In addition, it was the very first development to save cryptocurrency.
The developers of the Electrum wallet conducted their own investigation, thanks to which they found many inaccuracies. First, they examined the open parts of the code that had signs of a program’s vulnerability. Secondly, the person on whose behalf binary files are signed does not actually exist. Third, when installing two wallets on one device, Electron automatically collects all information about wallets from Electrum.
Therefore, when choosing a local storage for Bitcoin Cash, you should not choose this program for the sake of your own funds, as well as personal data. Electron Cash is in the lists recommended on the BCH official website but it is better to choose one of the three above-mentioned wallets.
Conclusion
Local wallet is one of the best options for saving BCH. With the right choice of program, you will always have reliable storage. If you take care of protecting your computer, you can be 100% sure that the coins will never be stolen.
Despite the lack of an official program, there are several multicurrency wallets that provide ample opportunities. All you need for operations - access to the Internet and the availability of a computer. It remains only to choose your favorite program.
Reliability also depends on the actions of the user. You need to create a complex password that does not match your other profiles on the Internet. You should also take care of protecting the computer itself since hacking often happens through access to the device itself.
Back