Main Uses Of Micro-Interactions In A User Interface 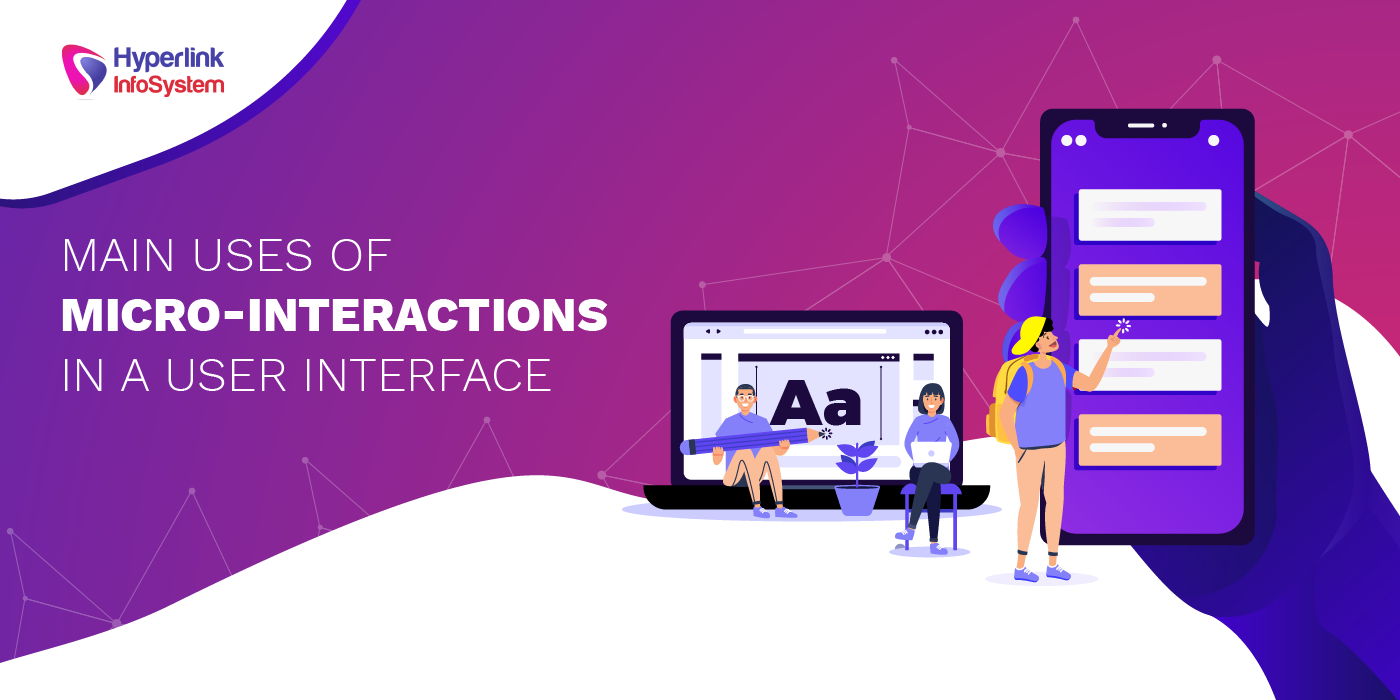 In a design project, it is necessary to review every part and be attentive to the smallest detail because it can make a difference. It is no surprise, then, that several revisions are made and the team evaluates the sketches and advances before sending them to the client. When detecting possible errors or elements that have been overlooked, it is very convenient to work with a team as they present different opinions and perspectives.
It is even possible that these small details allow differentiating the website and app from others so that they can reinforce the brand identity. It is essential that you do not forget to be attentive and check each of these peculiarities of the design. One of these details is the micro-interactions, used in any interface, whether it is a website or mobile application.
What are micro-interactions?
Micro-interactions are those moments in which the user performs a certain action aimed at a single objective and, in response, the interface presents some immediate change. As the name implies, micro-interactions are related to simple actions and small moments of exchange between the user and the interface.
At present, a large number of applications developed by app developers that make use of micro-interactions in their interfaces as they present a series of benefits such as presenting immediate information in visually and promoting interaction between users and the interface. Users can enjoy these small animations that allow making the design more human, etc.
All these benefits improve the user experience of the application or website, so you should consider adding interesting micro-interactions in your next design project.
Specific uses of micro-interactions
It can be said that the micro-interactions serve to visually inform the user about any change in status or any successful action. However, particular uses have micro-interactions, which we will mention below:
Highlight some change in the interface
Micro-interactions have the power to guide the user's attention to certain specific elements or actions. This is usually achieved through subtle or fun animations that have an impact on users. A common example of this type of use is notifications.
When an application is not open, a notification is usually sent as text, the peculiar sound is distinguished for mobile notifications and we see the notification. We have the option to discard it or enter the application immediately. But, when an application is open and has new notifications, the message may appear as a popup window or a useful icon can be added in the navigation bar for notifications.
This icon is usually a campaign, which has a red circle in the upper right corner and a number within this circle that indicates the number of unchecked notifications. In these cases, developers usually add a small animation and even the simple fact of seeing that red circle invites the user to see their pending notifications.
Decrease user effort
In general, the entire design is aimed at minimizing user effort and making the navigation process easier. Micro-interactions, despite being minimal elements, can contribute to this purpose. A clear example is given in the search forms or any other type of web form. You will likely find these elements in a large percentage of websites, whether used as a means of contact, payment process or registration for a free service, etc.
The forms are those elements in which a user can invest more time than usual as he must complete information and in this process, incorrect data may be entered. Through autocomplete, this process can be simplified and easier for users.
Autocomplete is quite popular and is used by various search engines and web pages as it is really useful for your users. And it is an element where micro-interaction can be appreciated as reactions immediately to the words that the user enters and shows suggestions based on them.
Notify about successful actions

Micro-interactions have the power to reinforce the actions that a user is performing. They not only offer visual information to indicate the change of status of certain elements as buttons but also inform about certain actions that are currently being carried out by the system.
A clear example of this is when loading animations appear to inform the user that the necessary resources are being acquired or certain information is being processed. Another example would be when a certain action has been performed successfully, such as sending an email using a form or activating a new user account for use.
Although most micro-interactions use mostly visual elements, in some cases, text information is also required to make the message much clearer for users.
Report on the status of any item
In the previous point, we mentioned that a large part of the micro-interactions are aimed at informing users about the status of certain elements and that visual clues are usually used, which can be reinforced with text if necessary.
A basic example, in this case, would be the call-to-action buttons that present a large number of web and mobile interfaces. These buttons have three basic states: at rest, when the cursor rests on the button and when it is activated. These three different states are indicated by a very clear visual clue: the color change of the button, in this way, the user knows when the cursor is within the clicked area and can be activated by a click.
Another example, also close to many users is in instant messaging applications such as WhatsApp, where it is indicated when the person with whom you are having a conversation is writing a response. This same state is used in Facebook Messenger where three ellipses are indicated in the bubble where the message should be. These indicators are encouraged to maintain the interest of the users.
In conclusion
Even minimal details such as micro-interactions have the power to improve the user experience. Although in principle, you have not had a clear idea on the subject, by detailing its main uses you have been able to analyze and understand why micro-interactions are so important in any user interface.
Back