The Importance Of Customer Research During Mobile App Development 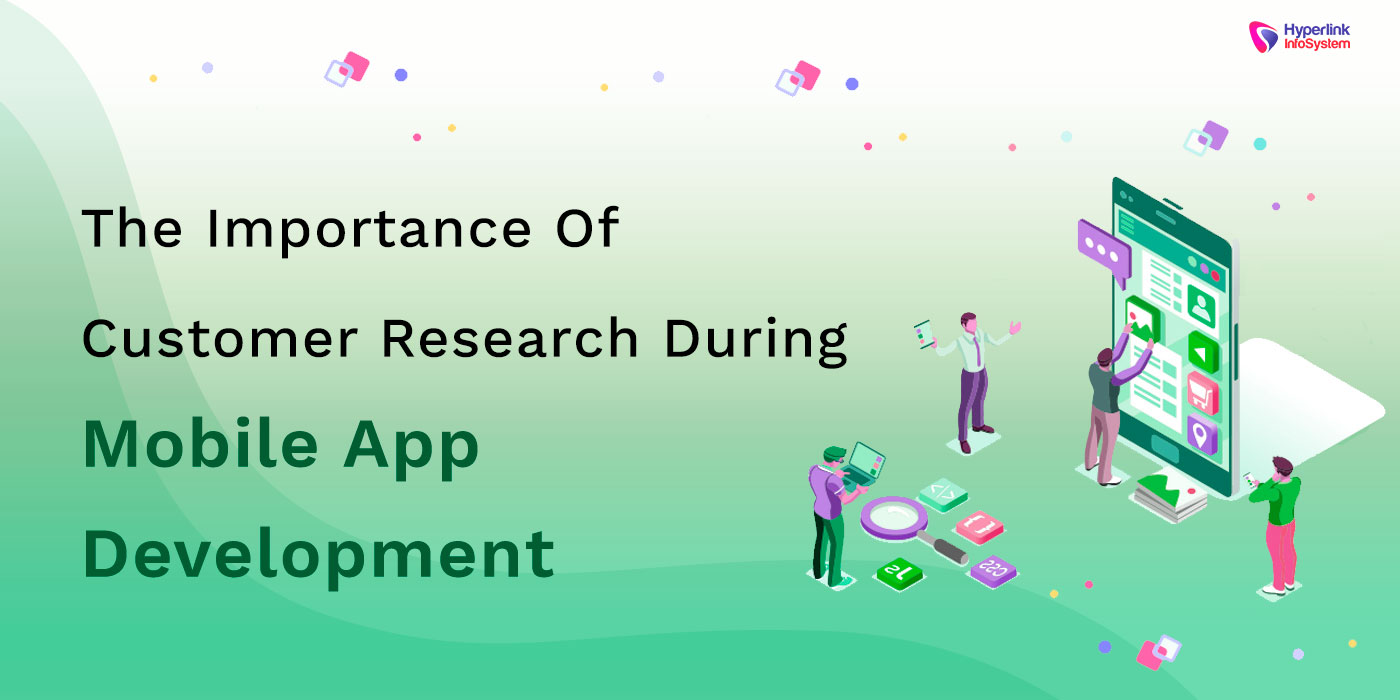 Now that companies are shifting their focus away from websites and turning their attention to apps, app developers have a number of questions to answer. Smartphone devices are simply too handy for app developers to ignore and businesses are now following suit. Mobile apps are a primary digital marketing, offering companies the sort of reach that they have always dreamed of.
The apps that the smartphone user chooses to install on their device will always tell the story. App developers can now help businesses speak directly to their target audiences by creating apps that answer direct questions that they may have.
However, app developers and businesses must come together to embrace the customer research step of this project. This is the step of the process that allows businesses to achieve their true potential. It is the step that decides whether a customer will utilize the app or delete it after initial usage.
While there are various other considerations to be made when it comes to the app's budget or its potential scalability, those who skip the customer research step are essentially putting the cart before the horse. After all, how can app developers create a top notch product if they do not know what problems they are trying to solve?
Let's take a closer look at some of the finer points of this process. Be sure to read on and learn more about the importance of customer research during the mobile app development process.
Choosing The Right Operating System

The Android vs iOS debate continues to rage on. When app developers and businesses are looking to hone in on a certain target audience, they need to know which system works best for their needs. Otherwise, they risk developing an app that is immediately obsolete. Each of these platforms comes with its own advantages and disadvantages.
For starters, the Android platform is currently the most popular in the marketplace. Those who are looking to target a far more extensive customer base will certainly want to start here. Roughly 80 percent of the world's mobile app users are going to be relying on this platform specifically.
These users are also less likely to make in app purchases, though. This is something that app developers and their clientele must bear in mind. The customer base will become larger but the business' revenues may not rise as a result. The iOS customer base, on the other hand? This is a base that is associated with bigger spending.
The buying potential of these users is much higher. The buying potential of the Android user is still dwarfed by the iOS user. The business must choose between the benefits of a mass customer base and a premium customer base.
While both platforms can be utilized, most experts recommend rolling out apps for each platform separately. Those who try to roll out apps for Android and iOS at the same time are placing themselves in a far more challenging position going forward.
What's The Nature of the Company?
The nature of the company in question plays a major role when it comes to the customer research portion of the proceedings. Does the app present the business in a manner that is consistent with all other promotional materials? Is the app going to be able to convert those who are on the fence into paying customers?
These are questions that have to be answered. The app is going to play a major role in the way that the business is presented. It goes a long way towards determining a company's customer base. If the customer does not feel as if the app reflects their personal tastes, they are not likely to use it.
The app should be directly connected with higher sales. For example, let's say that there is an eCommerce company looking to increase their number of conversions. If this company is in the process of creating an app, they should be on the lookout for premium customers. In these instances, an iOS app is the best possible choice.
Deciding How The App Should Be Marketed

The customers that the company is looking to target will play a major role in how the app is marketed. Those who are looking to target users on the iOS platform usually focus on paid downloads. Those who are merely looking to spread the word to a larger audience will tend to rely on Android.
iPhone users are going to have certain requirements that need to be met and the same goes for those who rely on Android devices. One of the most common mistakes that is made by businesses who are looking to market their app is failing to consider the differences between the two.
iOS apps depend on social media engagement and visual engagement. In app purchases are the name of the game. Meanwhile, Android apps are usually more geared towards non paying audiences. Companies must take the time to research their target audience to find out more about their favorite social media hubs.
Businesses must also take the time to consider their budget when they are in the process of creating mobile apps. iOS development tends to be more costly than Android development, so a business needs to be able to recoup these costs with in app purchases. Once all of the research work is done, it is time for a business to get started on the app development process in earnest. The customer is always right and app development is certainly no different.
Back