The Markets That Will Be Affected By Blockchain Development And Technology 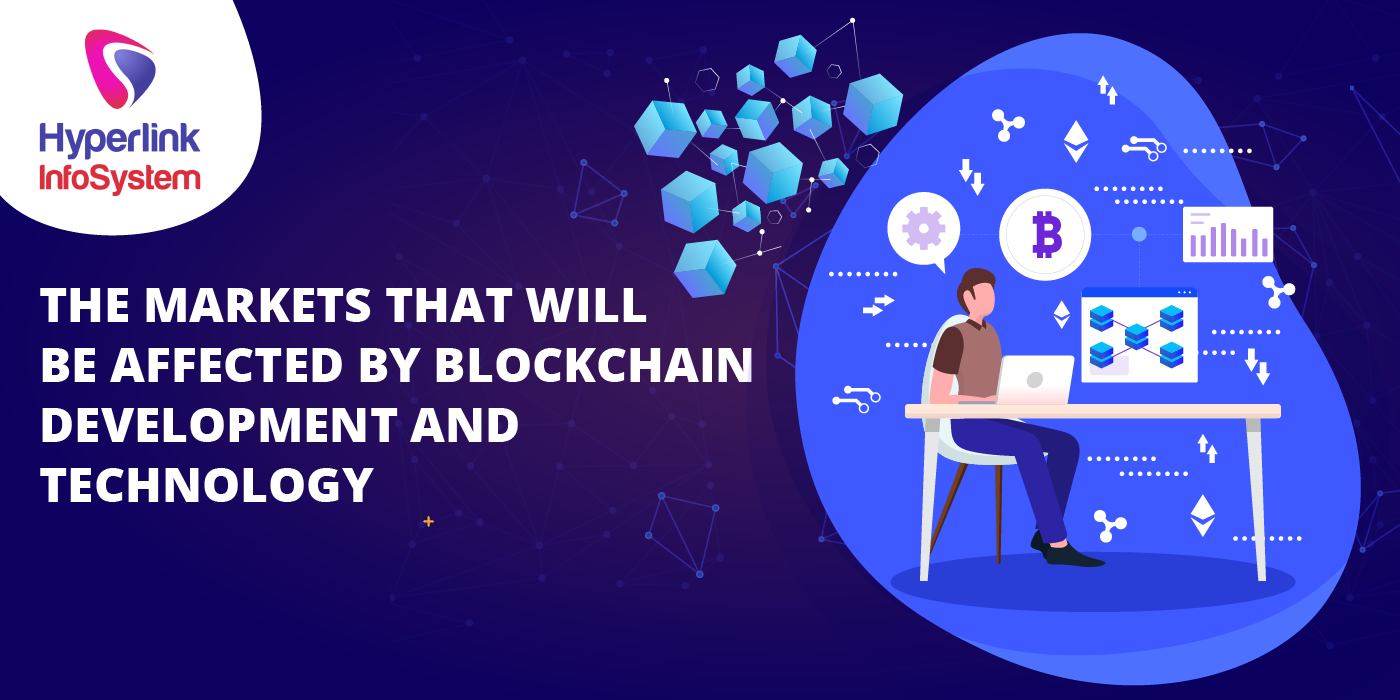 Blockchain technology and blockchain development both fall in an interesting place when it comes to the current conversation. While there are some who find themselves making assumptions out of fear, there are also those who are able to separate fact from fiction. Mobile app development that is related to blockchain technology or blockchain development tends to fall into the latter category.
App developers that are looking to spread their wings into emerging markets would do well to pay close attention to the marketplaces that will be affected by blockchain technology and blockchain development. These markets benefit from the speed and resiliency that blockchain has to offer and they are poised to make massive strides in the years to come.
Let's take a closer look at the following industries and the role that blockchain technology and blockchain development is going to play going forward.....
Gaming
While this usually wouldn't be the first sector that most readers would think of when they are discussing the industries that are going to be affected by blockchain technology and blockchain development, mobile apps that incorporate the technology are only going to become more important. In app purchases have essentially become a part of the game now.
When these purchases take place, gamers need to know that their security concerns are being met. Blockchain technology is going to be used to power these games as a result. Gamers love technology and they love being able to make in app purchases that allow them to take their gaming to the next level.
Because gamers love apps like these, this makes them the perfect testing ground for new and innovative ideas. Game developers and mobile app developers both benefit immensely from the environment that is being created. The developers who learn how to make their apps work are the developers who are going to be benefit the most.
Insurance
The insurance industry might not seem like an obvious candidate to be affected by blockchain development and blockchain technology. Peer to peer technology is going to be playing a major role in the insurance world because clients will have the chance to purchase their premiums at a lower price than ever before.
This is because the insurance agents who are responsible for the rising prices will be removed from the proceedings entirely. Cutting out the middleman is the best way to ensure a client's ability to receive the premium they need at a price that they can afford.
Smart contracts are also expected to play a key role in the insurance world going forward. Conditional agreements are easier to facilitate with the use of these contracts. Blockchain development is also expected to reduce the amount of insurance fraud that takes place.
Law Enforcement Agencies
This is another area that might not seem obvious to the average person but if law enforcement agencies are not already utilizing blockchain, they are going to be before too long. Most law enforcement agencies are in the process of battling criminals who use blockchain as a means of conducting fraudulent transactions but they have yet to harness the technology for themselves.
So how can blockchain benefit a law enforcement agency on a daily basis? The answer happens to be a fairly simple one. It offers a level of security that few other technologies are able to match. In fact, experts believe that any law enforcement agency that is not actively seeking blockchain related solutions is depriving themselves of valuable technology.
A law enforcement agency needs apps that allow them to process information quickly. In most instances, large amounts of information are moving from place to place with very little time to spare. Blockchain technology offers law enforcement the peace of mind that comes with knowing that this information is always protected.
Law enforcement officials must be willing to implement changes before it is too late. Blockchain is not going to be as receptive to latecomers who were not ready to make the correct changes. Being ready to implement this technology as quickly as possible is what separates the most forward thinking agencies from those that will be left behind.
Healthcare
Now that apps have made their way into the world of healthcare, it is time to take a closer look at how blockchain technology is going to affect this sector. These apps can streamline a number of aspects of medical care but security is also of the utmost importance. That is where blockchain comes into play.
Blockchain development will allow for all of the parties involved to have the necessary access to the data that they need without any risk of a security breach. Since a patient's medical data tends to be very personal and a medical facility must maintain a certain level of professionalism, both sides of the equation benefit equally.
As the number of startups that aim to provide this level of assistance increase, the level of competition is going to rise significantly. For blockchain app developers from top blockchain development companies, this is a sign that they need to throw their hat into the ring as soon as possible.
What About Supply Chains?
Supply chains suffer from the sort of problems that blockchain development and blockchain technology are specifically designed to eliminate. Information can be compromised by supply chains because of a lack of transparency. This lack of transparency makes it difficult for companies to detect when costly fraud is taking place. The environmental impact of the goods and services in question is also much easier to track with blockchain.
Other forms of technology simply cannot provide the same level of protection. There are also a wide range of parties who need to put information into the supply chain and this information must not be compromised. Without blockchain, the possible detection of nefarious activities remains challenging and this is an obstacle that needs to be addressed as quickly as possible.
Back