The Most Common Issues With Mobile App Interface Designs 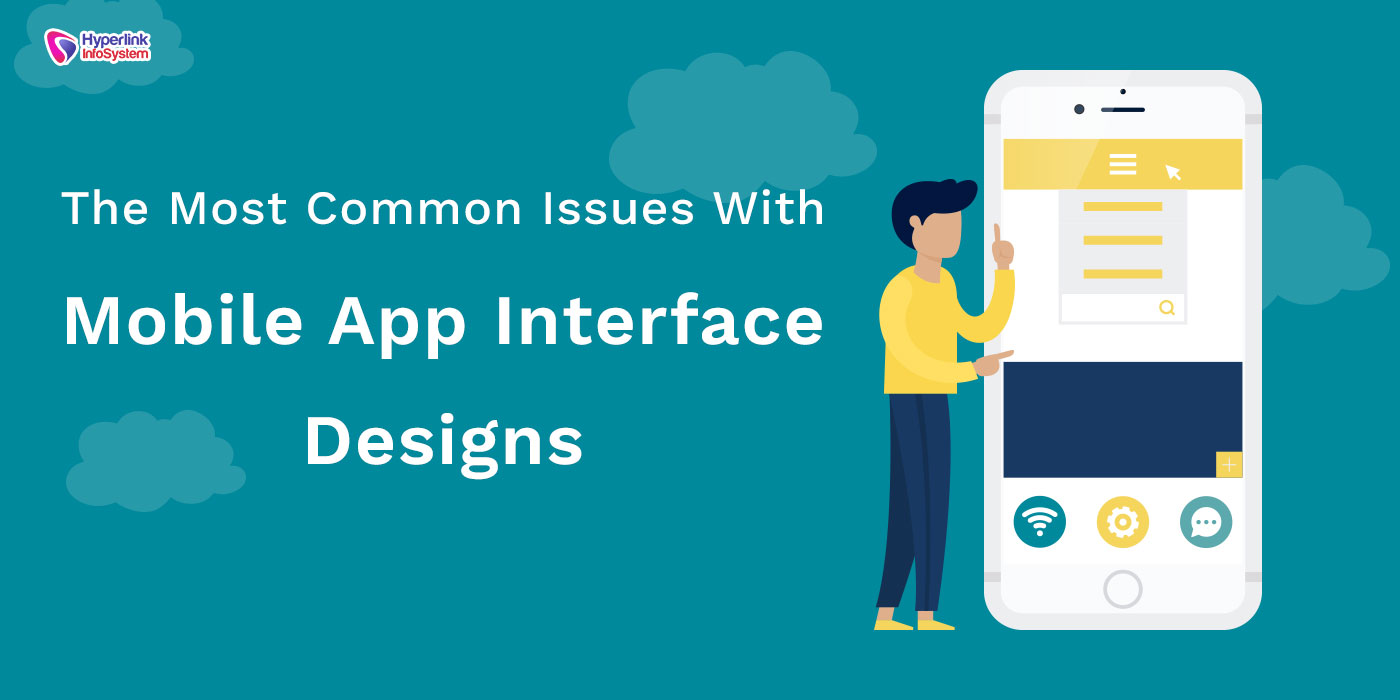 Once you have gone through the research phase and have determined that it is necessary to create a mobile application for a certain service or startup, you can move on to the design. Luckily, it is quite likely that the company already has a visual identity that you must carefully study and apply in the design of the interface.
If this is the first time you are going to design a mobile application, then this article is for you. It contains some of the common mistakes that are usually made. After all, going from designing for computers with large screens to touch devices with small screens is not easy. Some of the most common errors with the interface when designing a mobile app are:
Minimum percentage of blanks
One of the most common mistakes in any design, whether it is websites or mobile apps is to try to sort many elements in a space. In these cases, the designer does not understand the concept of blank spaces and usually include many elements on a single screen.
This "fear of the void" can be especially damaging when it comes to web design, where white spaces are more noticeable and of great relevance. Try to think of each screen of your mobile app as a container or design for a specific action. Discover the purpose of each screen so you can create a design focused on this goal. Thinking in this way will allow you to create a more organized design where the percentage of white space is appropriate.
Too small touch elements
On mobile devices, there is neither a cursor nor a mouse and the clicks are replaced by touches. All the possible actions that a user can perform are through tactile functions in the appropriate button or the necessary time. The cursor is a smaller element and often more precise than the fingers, so designing for mobile devices is a different experience than designing for computers.
It is necessary to take into account the size of the tactile elements and the distance that exists between each one of them. Each of these elements should have enough space around, not only to highlight it but to prevent the user from pressing another button without really having that intention. Contacting app developers when designing your mobile app can help you avoid this issue.
Icons that are not representative of their function
In some cases, it will be necessary to include some icons for certain properties of the application, configuration options or actions that the user wishes to perform. If so, it is better to opt for icons that have a universal meaning. For example, if you want to indicate access to the configuration of the app, it is a good idea to choose a synthesis of a nut. Within the scope, this element is already known as a synonym of the word "configuration" because many other apps and platforms also use it.
The meaning of your icons should be understood immediately by your audience, so be sure to choose elements or objects that are directly related to the concept you want to express. Check other apps, compare and verify the most common icons so that you can also use them.
No clear visual clues in key elements
The user activates a large part of the interaction with a mobile app through his fingers. But for the user to know exactly which of the elements within the composition are tactile, it is necessary to offer certain visual clues. For example, it is common for the menu to link to respective sections of the application, so regardless of whether buttons or tabs are used to divide the menu, the user knows that he can interact with these elements. However, in the case of other elements, it may not be so obvious. That's when you use design resources to offer these visual clues that the user needs.
Apart from using resources such as color, space, and size, you can also add annotations indicating the use of each icon or the action to be taken. This is a common strategy that is applied to the interface when the user enters and uses the app for the first time.
No significant notifications
We have already mentioned the importance of indicating the elements with which users can interact. In most cases, these elements have different "states" according to the user's interaction. For example, if you put your finger gently on a button, it should change color to indicate that it is being selected.
The feedback that each of interactive element possesses is as important as the visual clue it offers. These small effects or notifications allow the user to know what is the action that is being done or what will happen next.
There are three different functions of feedback in mobile apps:
- Indicate to users the current status of a certain element, for example, when the tab they are currently on is marked or highlighted in some way.
- Responding when an action is performed, for example, when the user modifies the configuration options, it is common for a message to appear to inform about these changes.
- Indicate what is happening or will happen next to users, for example, a progress bar appears that indicates the load percentage when pressing any button.
Conclusion
It is often said that the experience in computers and mobile phones must be the same. Top app development companies know that there are several obstacles because they are totally different devices. In these cases, where there is also an app for computers, it is necessary to take the graphics line of the brand into account so that both versions have a certain similarity.
In mobile devices, the screens are much smaller than in computers and there is no mouse. But, these devices have other features that you can use in your favor such as touchscreens. Consider all the unique features of mobile devices in order to create a great user interface.
Back