The Role Of Android Phones In Education 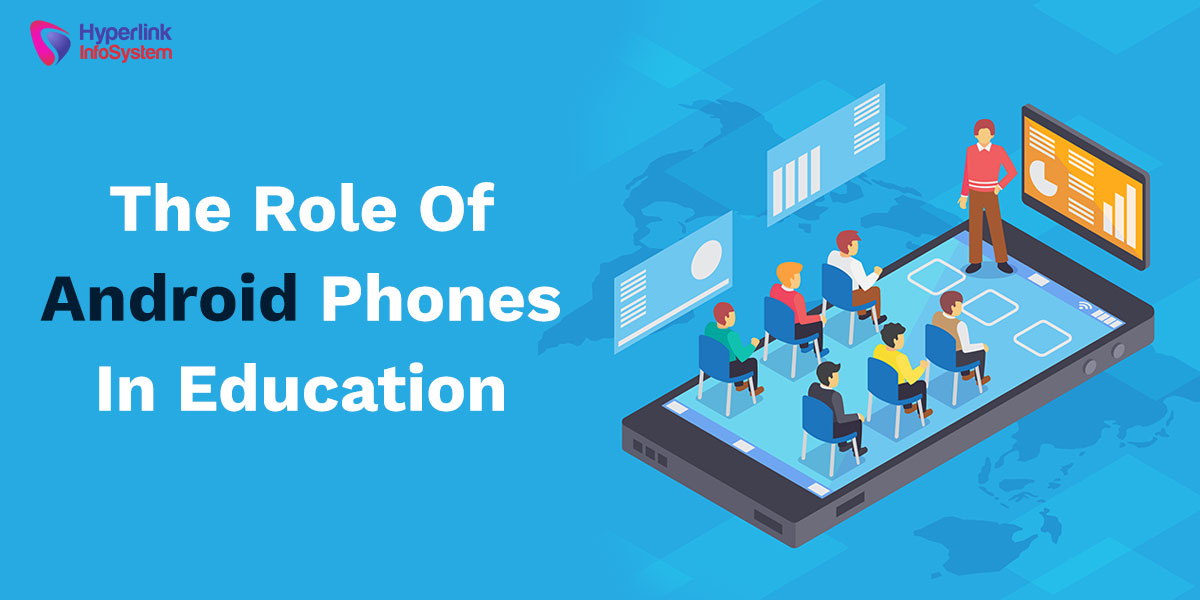 Mobile app developers from app development companies know that the best way to get people’s attention to study using mobile apps is to develop exciting and user-friendly mobile apps. So, they decided to develop games that are meant to test people’s level of reasoning or how well they know a particular subject or topic.
This implies that there are entertaining and engaging apps, which are also educating. And it is a fantastic idea to come up with such a concept. This concept is working perfectly because people enjoy using these educational apps.
One example of a gaming app developed for educational purpose is the Word Mole. In this game, you are required to create words to score points. When you form a correct or valid word, you score a point. Longer words will award you with more points. This game is very exciting, at the same time, it helps to improve your spellings. And there are numerous other similar games.
Developing gaming apps for educational development requires a lot of brainstorming, expertise and experience. So, it is normal to give it up for the mobile app developers in India.
E-book apps
E-book apps make it possible for people to find links to the materials they can read to find the information they need. If you are looking for information about something, you can just check for the e-book on your android phone. If you don’t already have the app on your mobile phone, you can download and install it. With this mobile app installed on your android device, you can find self-help books, textbooks, library databases, reference guides etc.
Subject-specific mobile apps
Another educational app that cannot be ignored is the subject-specific mobile app. The app developers in India have taken their time to develop mobile apps that provide training or lessons on all subjects. Subjects that students usually find difficult have been simplified and developed into mobile apps. Be that as it may, over fifty subjects and more than one thousand topics have been treated. So, it is strongly recommended that students install these mobile apps on their Android devices so that they can learn more about the subjects they have difficulty in. These mobile apps also help to aid their knowledge and understanding on different topics.
Language learning apps

When talking about educational apps, language learning app is another type of mobile app that should be considered. The Language learning mobile apps have been developed by the mobile app developers in India for people who are interested in learning a new or a foreign language. These apps cover hundred of languages and the developers are still working very hard to include more languages in newer versions. However, older versions can still be updated to accommodate more languages. These mobile apps are built on artificial intelligence, so you will be notified when it is time to update the app.
People who plan to work in a foreign country will find these mobile apps very helpful because it will enable them to learn the language of their prospective country. International students will also enjoy these apps because of the same communication factor. This means that whether you are coming into a country with a work permit or a study permit, it is beneficial for you to learn the language of your prospective country because it will help you to eradicate the language barrier that can make it difficult for you to carry out effective communication in the country.
People who are just learning a new language can start from the beginners’ level then progress to the advanced level while people who already have a basic knowledge of the language can continue at an advanced level. Whatever the case may be, this educational app is the recommended solution for people who are willing to learn a second language or people who are interested in being either bilingual or multilingual.
Common English mistakes
People make so many common English mistakes. And mobile app developers feel that they can contribute to the correction process. So, they decided to develop mobile apps that can educate people on how to construct correct English sentences. All those common English mistakes have been identified and the corrections have equally been made in the common English mistakes app. So, if you are interested in learning about correct English sentences, it is suggested that you make use of this mobile app.
Law apps
Thanks to the mobile app developers in India, law apps are now available for law students and legal professionals. Law apps that cover over one thousand law cases and reports have been developed to support the studies of Law.
Apart from these apps, there are other mobile apps that are related to the law profession.
Furthermore, with the information provided above, it is logical to laud the app developers who have played a huge role in the development of education with the provision of educational mobile apps. These mobile apps are very useful when you have an android phone. So, do not hesitate to contact any of these mobile app developers if you feel you need an app that you can use to support education or your business, as these app developers can develop all kinds of mobile apps, not only educational apps.
Back