Why iOS Is A Better Platform For App Startups 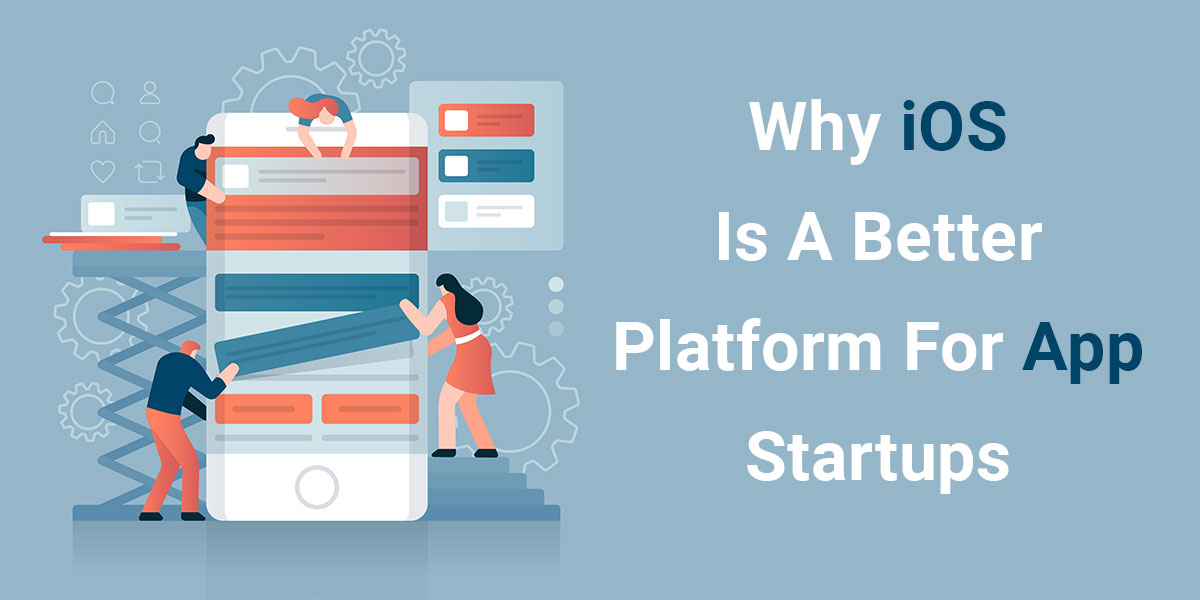 The iOS vs Android debate is one that has existed for years in the software development communities. Much similar to the Apple vs Samsung smartphone war that has gone on for decades as well. Android is vast and according to Google has over a billion activated devices with more than 1.5 million devices activated every day. In the same vein, Samsung the primary maker of Android phones has sales numbers that outperform Apple. In 2016, Samsung sold 308.5 million units, while Apple came second with 215.5 million units.
These are huge statistics, yet it is common knowledge that most app development companies build for Apple users before catering to Android users. In fact, Instagram, one of the most popular social media apps, launched on android 18 months after appearing on Apple Store. Other popular brands like Nike still don't have a mobile app on the Android platform. So, what makes iOS a better platform for app startups than Android.
1.) The demographics of the users:
Apple devices are more commonly used in developed and affluent parts of the world. Android users although vast in number have a lesser purchasing power. Therefore, app development companies tend to go for iPhone app development for the higher revenue. iPhone users can afford and are willing to spend on innovative apps to satisfy their wide range of needs. Alongside the higher revenue, Apple apps usually see a higher number of active users and a higher adoption.
2.) Revenue Model:
Apple has a more effective monetization strategy compared to android. Making money is an important factor for most app development companies. Android is an open platform and as a result, most of their apps are freemiums with ads to provide revenue. On the other hand, Apple is a closed platform, with more support for paid apps. Most of the apps of the iPhone app store are either paid or when free have in-app purchase features that provide revenue. The higher revenue streams on the Apple platform is encouraging for app startups.
3.) A Secure Marketplace:
Apple is a proprietary platform and as such their ecosystem is more organized. They have a highly secure marketplace, with firm rules, regulations, and quality control methods. These strict practices provide a more conducive and stable environment for developers. It also provides them a guideline to follow for designing, programming, and marketing. This may account for why iPhone app development brings higher returns for developers.
4.) Safety:

Still, on the issue of security, Apple has placed extra emphasis on the safety of its platform. Many apps handle sensitive information of users and as such need to be protected from hacking and other harmful activities. Apple also has a very strict approval process for its apps. This prevents any malicious apps from gaining access to the store and tampering with users sensitive information.
5.) Fragmentation:
Apple has full control of both the hardware and software systems of its product. It determines the release of its devices and synchronizes them with the release of its iOS versions. This reduces fragmentation problems in iPhone app development compared to Android. Android being an open platform has little control over the hardware and OS versions of their devices. These fragmentation issues increase the cost of app development for app development companies and decrease the revenue margin.
6.) Better user experience:

Apple provides an amazing experience for its users with its increasing tech innovations. It places user experience at the forefront of everything it does from hardware design to OS to its marketplace services. Putting UX as their primary focus accounts for much of their success today. Not only does it attract users but also developers who prefer their unique ecosystem.
7.) Compatibility:
Android supports a large number of devices while Apple devices are unique and complement each other. Apple's OS is a close source and as such cannot be altered by any individual. Android’s OS, however, can be altered by mobile manufacturers. Apple controls its core software completely, and this gives it the opportunity to improve its functionalities, increase its storage space, and increase its processor speed. This not only helps app development companies to build apps more efficiently but also allows them to focus on developing the most quality apps possible without worrying about making them compatible with various devices.
8.) Higher Specialization for App Development:
Experts have linked the effectiveness and productivity of that Apple applications to the highly specific nature of iPhone app development. Building an app for Apple implies ensuring that it works efficiently on just two major devices, iPhones and iPads.
On Android, it's an alternate story. There are over 12,000 Android gadgets in existence today with an extensive variety of hardware and software details. This makes the cost of maintaining apps across these devices expensive, which discourages many developers.
9.) Loyal Audience:
Android is a larger platform with a wider reach to the audience but its users are less active and loyal. Apple users are known for their loyalty to the brand. They are very unlikely to switch to android or other platforms. App startups need this level of loyalty from an audience for their brand to succeed and increase revenue.
Conclusion
App startups have a lot of competition today and as such need to choose effectively from their early stages. While Android and Apple each have their pros and cons, iOS is the best platform to offer your services productively.
Apple encourages its developers by generating more income. In fact, the study shows that Apple produces 85 percent more income for their developers than Android. At the same time, when you compare the quality of apps on Apple and Android, it's obvious that Apple has a better quality of apps even though Android has a higher number of apps.
As a result, app startups are encouraged by experts to launch their products on Apple first because of its higher quality benchmark. After a few updates and feedback from users, they can go ahead and roll out an Android version.
Back