Why Is Android The Most Trusted Platform For Game Development? 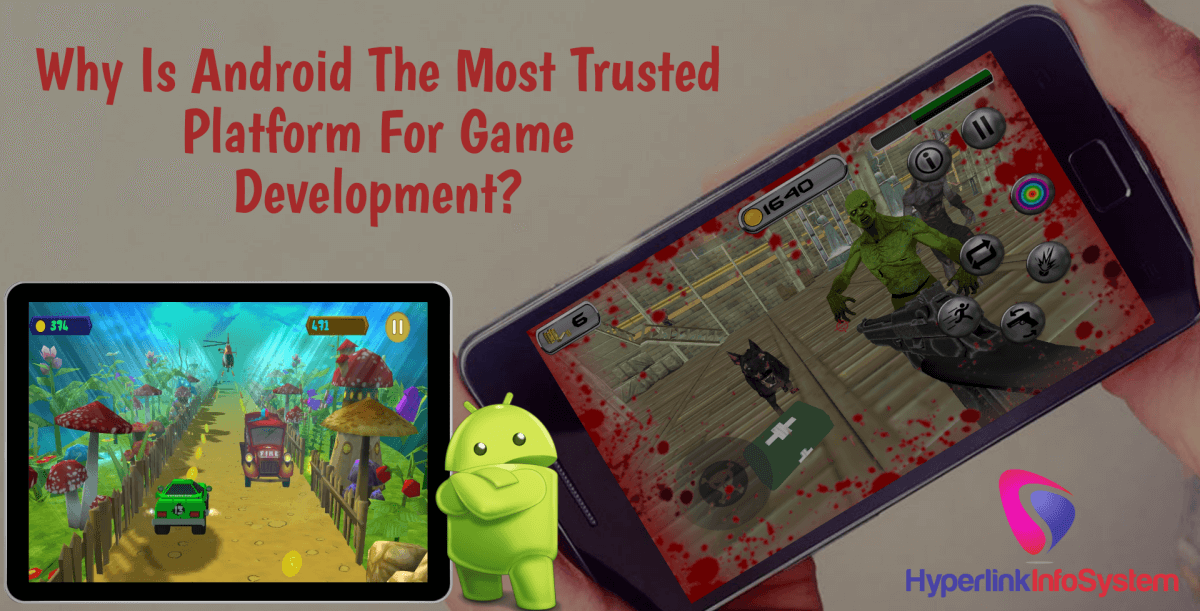 Gaming has historically been one of the strongest niches to drive technology eruption at next level. Whether you talk about hardware or software performance, graphics support, drivers, and animations or any other entity, games and gamers are something that will head mobile gaming industry forward that you can hardly expect from any other category.

There was a time when top-selling games were developed by well-known and big publishers. Though these big labeled companies have a team of great developers and needed resources to develop hit games still, it was quite hard for app developers to develop games keeping in mind consoles and desktop. Entry into desktop versions was one of the biggest barriers. Here is where mobile platforms and to be specific android platform comes into limelight. One of the strongest reason for the adoption of mobile applications is large user base. Along with user-base, android developers comprise of more gaming development toolset and the modern android device capabilities surpass the current generation's consoles. The diversity of users in terms of taste, gender and age is something that makes android one of the most preferred platform for game development. Let's watch out how android platforms dominates over game development.

1. Game Publication Opportunities:
Once you are done with game development and want to represent your sweat in front of users, android gives you multiple ways to publish your works. You can list your work in Google Play Store and Amazon App Store. Just create the account once and leave the rest on the publisher. Android is the single marketplace which charges one-time amount so that android developers can launch cost-effective games.

2. Gaming Services:
Beyond SDK, Google and Amazon provide game development service suite to help developers to focus on their core game features. It also allows them to integrate common social game features. Your best place to start in android is with Google Play Game services where you can find support for services like cloud-saving, real time gaming model, achievements, etc. Additionally, it also provides monetization services.

3. Game Designs:
Android game design is not planned and restricted for a single device or organizations. Android platform helps you to launch games for a huge number of clients along with manifold device specifications.

5. Development Tools:
As android is open source, its development tools are free to use. License and compiler fees are quite minimum. Android Studio, Eclipse, Netbeans are some of the familiar android tools available that are fully featured and releasing constant updates.

Why Top-Tier Mobile App Developers Tend To Prefer Android First?
Below points will truly justify the above crux:
• Though android game development requires less investment to kick off, still, it returns profitable revenue to the business.
• Developers are capable of making huge profits by just making a small investment to create a groundbreaking android app.
• Games developed using android platforms are quite interactive, smooth and gives the best user experience.
• With android as a development platform, you can expect quicker game development.

Bottom Line:
Game development has never been so easier to enter and android comes with a bucket of toolsets to help developers to leverage best-featured game quickly in the market. Android being one of the premium choices for majority mobile app development companies, you are bound to have a bunch of users to play your game. So, are you thinking to develop next android based game? Then just drop us your words and we will get back to you soon. Cheers!