Why REST over SOAP? A Revolution in MOBILE WEBSERVICES. 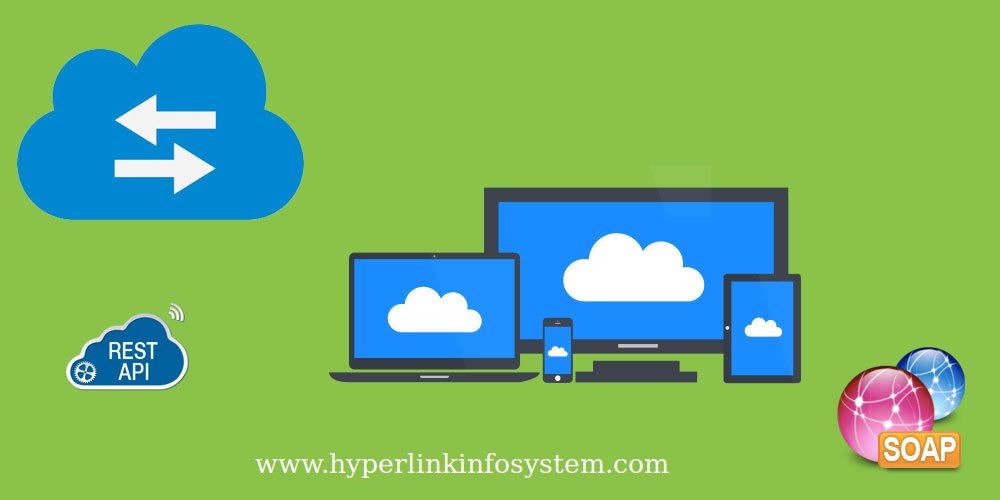 Simple Object Access Protocol (SOAP) and Representation State Transfer(REST) are the most popular return formats of Web-service for the App developers that are likely to work with Integrated Application Development. Designers will Scheme out the application from various angles and based on various functionalities and calling of methods , Approach to call and integrate API to third party apps is decided. As and Software architect it is good approach to consider your development team while architecture system.

This Blog , based on my experience with the clients will help you out to get knowledge aboput in what perspectives REST is preferred more over SOAP Web services.

Web-services are the main integration point for various apps that origin from versatile platforms, systems and the Languages. I would rather justify the web-services as “ Hangout point for business”.

Web-services are a part of Service architecture where it is utilized as model to carry out decomposition and assembly of data from system. Many times i have came across the misconception about Web API and Web-service where people consider both as the same entity but the fact is there is a huge difference between both the terms.

“ Web API – It's a server-side Web api , which is an interface that is typically schemed out to generate request-response messaging schema that is expressed using JSON or XML format , demystified through web via HTTP web server “.


So, from the above terms you might have goi idea when to use SOAP and When REST and vice-versa , but the thing is not that simple. Let's Knock -out to know

Why to Make use of REST over SOAP

1) REST is Simple as compared to SOAP

I don't Know why developers Consider REST Easy to use Compared to SOAP but as per my experience, depending on the client requirement complexity level increases . Some of the questions like :

1) What are the data your services are able to extract from client ?

2) What is the layer of security applied in your web-services ?

3) Will your service be in asynchronous process for longer terms?

And many other aspects if considered can increase complexity level.

Although it is quite easy to test REST than SOAP but it's not true. For simple Web services developers just need to point out to browser and the response is generated.

If you append HTTP Headers and pass Tokens, Parameters then you can test it but for than an add-on plug-in is required in order to perform testing.

2) REST web-services use JSON parser which is quite faster than XML.

3) REST is build for the Web

REST, makes the use of the fundamental technology for transporting of packets and interaction between clients and servers. The design style is optimized for the modern web architecture. The web has enlarge is initial requirements and needs and this can be easily visible through HTML5 and web- sockets stability. There are some apps that feels necessity for server-side state saving like of Monetary transaction of E-Commerce Portal.

When Using REST services , it will make use of HTTP features like that of caching and security in context to TLS & authentication. As we know dynamic resources can not be kept in cached memory.

we have developed a Restful service that provides sticker when ever demanded. Sticker changes per second so if we have made request for DENA bank than there can be a possibility that the sticker can be different at another moment. IT shows that here caching cannot be used. HTTP caching can be useful if the content is static.

HTTP verbs are the most important point to be discussed when it comes to Restful services. Most of the API do not implement the Verbs in which they are supposed to .

If we talk about security then SOAP security is well standardized and secured through WS-Security while HTTP is not that secured as it needs to implement its own strict security and moreover security is not merely confidently and authentication it also includes integrity & authorization.

It was bit a short blog but it seems top me that we got more indulged and passionate to go deeper insights about it. There are many other agents to be considered before going with REST or SOAP and i will simply other agents later parts. Stay tuned to top app development companies for more Information . Contact us now.