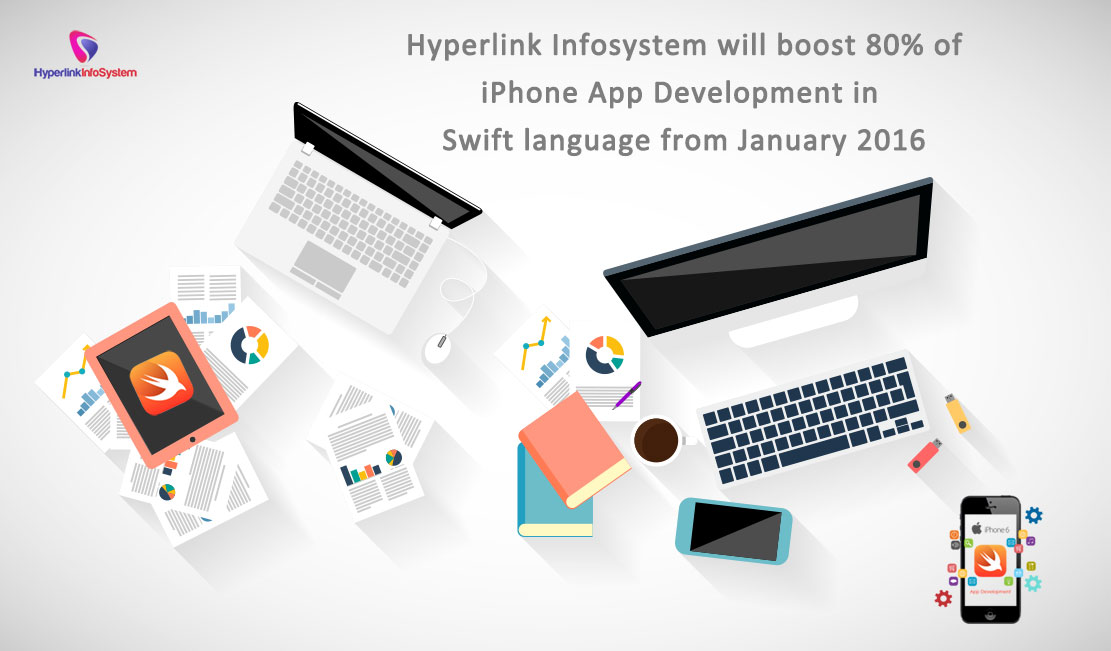 INDIA, Ahmedabad December 01, 2015 - Hyperlink Infosystem Is a Mobile app development company, we provide app development for Android, iOS and Windows platform. We have provided services to more than 45+ Countries worldwide.

As all of you know about Apple, Apple has released Swift programming language 2.0 and we are glad to announce that from January 2016 we will be adopting 80% of the IOS development in Swift language. At the Apple Developer Conference 2015 In San Francisco, Apple announced Swift 2.0, a new version of the Swift language which was really impressive, this really made us think to adopt Swift language programming.

Developing a language is really difficult but Apple always comes out with something new.