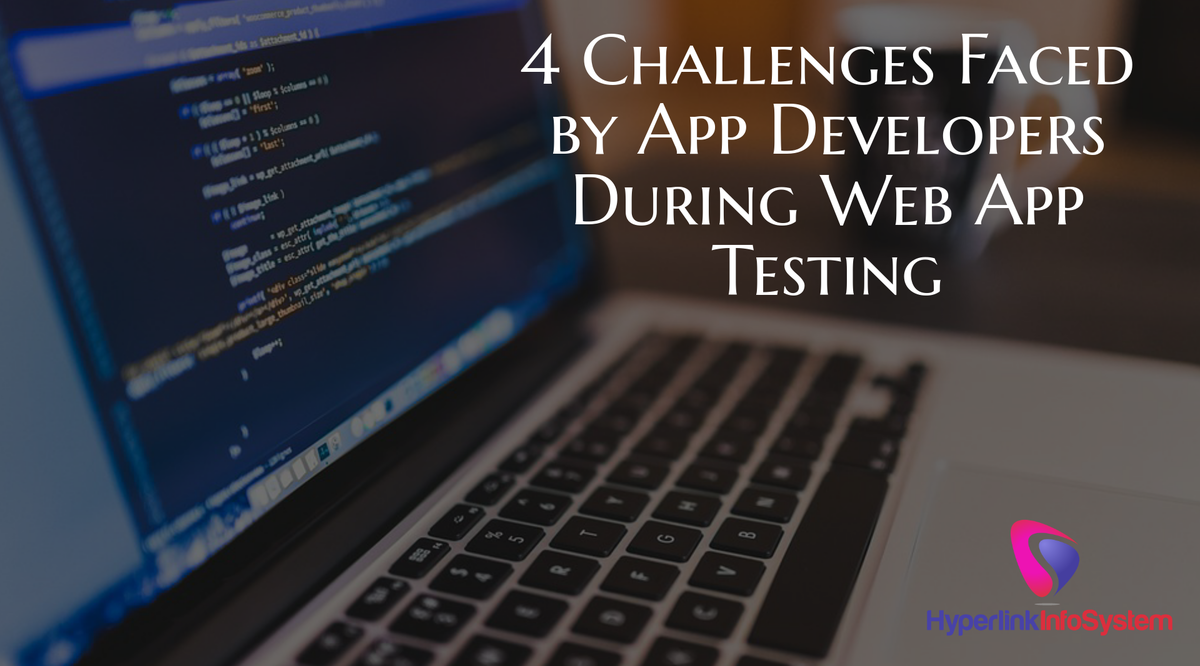 Web-based applications are becoming one of the most important resource for commercial business development. Though mobile applications have taken the world off the desktop and computer still, web apps are something that face the customer beyond the firewall and outside the data-center. However, there are many people that would weight down to desktop approach more rather than the mobile app and so, it is quite significant to test the web app before deploying it in front of your loyal customers.

Software testing is an ongoing process and is conducted to keep a track on the quality of the web developed by comparing the actual result with the expected one's. But still, there are huge no of web apps residing in Internet that are incomplete and the reason is: lack of proper testing and so, to ensure the quantitative and qualitative aspects testing is an crucial aspect to be considered for making your app bug free. But, testing is not merely checking the behavior of web app. It is also necessary to measure the quality of web app which is actually a difficult task as lot of factors needs to be considered affecting an app quality. Let's watch out what are the challenges faced during web app testing and how one can overcome with the same.

Integration testing reveals issues with interfaces among different program controls and components before its deployment. Moreover, integration testing can exhibit various issues a web app may have during interaction with other applications, allowing the app developers to fine-tune things. Infrastructure and environment differences, interaction models, and overall web app performance are some of the few issues incorporated with integration testing.

Providing end-to-end services between the communication channel is quite a challenging handicap to be faced off. There are end number of users that use multiple browsers & OS as per their preference and so it is quite hard to test each and every option to give the confirmation. Even though the browsers are identical, but difference in software configuration as well screen resolution may exhibit web app to translate differently and, this may lead to some serious problem for the app developer in India.

It is one of the most crucial test in which developers needs to constantly monitor the cyber threat and attacks taking place and countervail the same. Moreover, data integrity test before and after the attack is most important as it considers breach of data and information. Some of the challenges that are incorporated with security testing includes malicious files and information, unlocked communication, firewall security, authentication from multiple account and so on.

Slower web apps do not attracts users. Developers realize that the speed of the web application is decided by the user needs and requirement, and with more users expecting high speed, the demand of performance is absolute. Testing huge no of apps on minimum hardware, overlooking software requirements and configurations, and stretching app features are just a few of the fixes that needs to be done as far as performance testing is to be considered. Integration and interoperability issues can effect directly on performance, and so it should be tested earlier.

As testing process comprises full of issues and challenges to resolve the same, the first app interaction needs to be excellent and serene that allows user to give best web experience. Development of web app is quite easy and simple but, finding the right app development company is indeed a difficult choice. So do not hurry! Decide whether you want to develop your in-house web app or you want to hire any Indian app developers to develop your web application. Scrutinize the factors and then go for development. Till then, stay tuned to us!