59 Apps Banned In India: How It Creates Impact On Indian-Based Apps 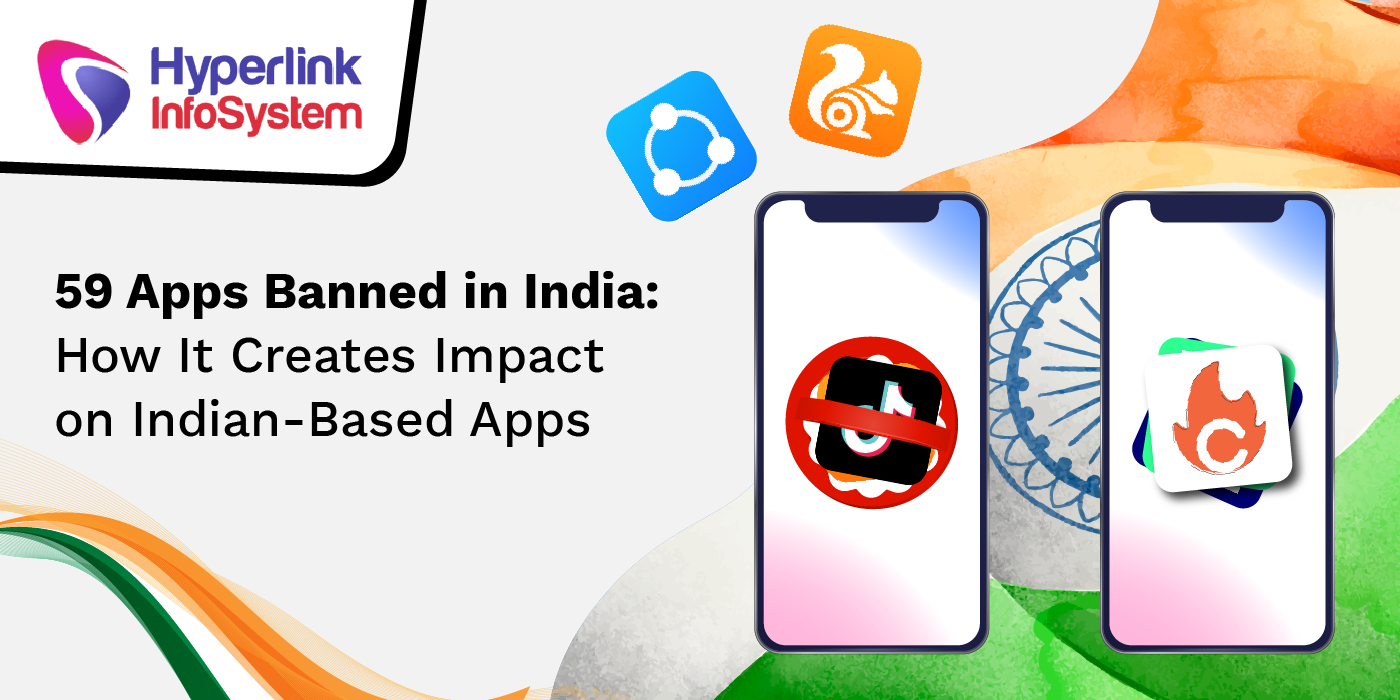 Most of them know the reach of the Tik Tok app. It created a market for Chinese-based app companies. And not only the TikTok app become popular, also many apps like UC browser, Clash of Kings, Cam Scanner, Share it, Helo, Beauty Plus, We Chat, and still a list of apps created a buzz by the Indian app users. Every Indian recently might know that the 59 Chinese apps banned by the India’s Central Government. Reality is that App Users in India get either shocked due to such news or become happy to it. Banning these apps made a tremendous change over the view of Indian App Developers, as this action created demand on Indian App-based Business.
Creates Value for Other Apps
The requirement of the app is increasing day by day, but still, many Indians do not know much about the apps needs. Many applications right from scanning documents, to control the printer operation are available. The fact is that most of the apps are from other countries developers. By boycotting the Chinese-based app, companies will assure to reform the value of the other app companies in the respective play store. It impacts value to develop the app and also creates a unique way to deal with business. For example, most of the mobile users might not have much knowledge on apps, but by creating a buzz on the ban, develops the intention to know about apps.
Attention on Indian Apps Increases
Many Indians might not know the importance of other apps rather than China apps like We Chat, UC Browser, Tik Tok because at the initial stage, those apps are part of the creative approach. Many Indians spend high time on Tik Tok, but there is a substitute for such app like Mitron. Enabling with such kinds of searches will help to propagate with proper direction. The value of Indian apps will also increase to create it as a business. Even many companies will start to develop app development companies. It increases the value of app development automatically.
Allows to Improve Quality of Apps
The quality of any product is relied on the design or the plan. And it increases the business part in terms of profit. Profit depends on the competitor’s style. Due to the Chinese apps, many companies faced a tough situation to compete as their app is known to deliver the exact interaction rate before any other companies develop. Such style of dealings will make an impact on attention on the quality development. Quality testing of the app still matters in terms of giving a competition. After the ban on Chinese apps, the response rate of quality will increase. Many Indian app users will experience a change.
Boost on App Revenues
Many Indian app companies can boost their revenue because, due to the ban on Chinese apps, the response rate of Indian searches will differ. The search rate for entertainment will increase automatically. For example, an app called Like app will replace by the app called MeMe Live. Many apps will get such changes, and the quality of the app will increases. Each different situation will impact on the app development companies.
Demand of Creativity Increases
The app requirement will change because the demand for the app will increase, and also it forces to design with a plan. Many apps missed with creativity. Thus buy integrating the thinking level of creativity will make a change. Creativity is lacking part of development. Many apps lacked creativity. Creativity is not only dealing with the colors but also the function to interact. Hence the market of Indian app developers will change. It improves the need for app developers and also increases the market size of apps. Many companies in the future planned to hire a creativity-based employee to develop their business.
Growth on Indian App Companies
Indian App Development companies, creating a trend mark in other countries. Reasons might be the cost to develop, and the quality. After the ban of Chinese apps, other countries will invest their bucks on apps and increases their revenue rate. Many technologies involved in the business rate like as artificial intelligence, IoT, Blockchain, etc. In the future, these technologies will be utilized highly by the Indian app users. Every company will increase its part of the development team because the app profits, the developer is a required source. Handling such team will impact on the company profit. In the future, the rate of app users will increase and be a part of Indian app users.
Responsibility of Data Storage Impacts
Cloud companies are increasing their services day by day. After the demand for app development companies and app developers, the requirement of storage increases. It also develops the requirement of the app. Many cloud companies increase their strength of revenue. Compete with the app companies, the most trusted cloud company is required.  In India, the growth of Cloud Company will increase slowly, and the majority of the company increases its volume after the app requirement of traffic.
Improves Economy Rate
Indian economy rate also depend on the revenue generated from the app. Banning the Chinese apps will make a change to increase the economy because it impacts on the development of Indian apps. Thus increase of Indian app usage makes a change in the part of the economy. Many app development companies will increase, and also the developer rate will increases. Automatically the rate of app increases with the economy part. The best example is Tik Tok. Tik Tok users are high, and to manage such situations, Indian apps like Mitron can use.
Final Words
Competition will increases gradually between the Indian app developers. Many app development companies develop their app quality. Manage with such changes impact the app developers. In the future, the requirement of the app will increase easily and the demand for app developers will also play an important role. I hope the above points will help to know the importance of changes.
Back