Blockchain: What It Is And What Its Uses And Advantages Could Be In Industry 4.0 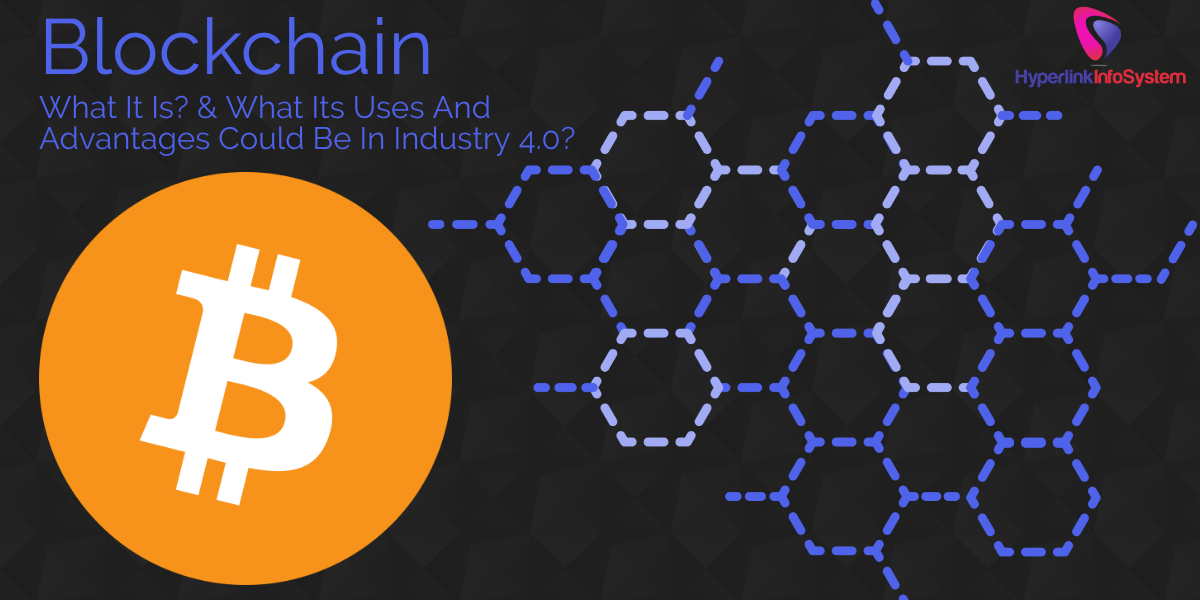 What is the Blockchain Technology?
The blockchain is one of the most interesting technologies of the market at present, and pillar of the popular Bitcoin digital currency. As at the time it was the World Wide Web. The Blockchain technology is a disruption that is welcome in many industries due to its capacity to make transparent, safe and efficient processes.
Facing governments, multinationals, investors, and entrepreneurs are much more than a simple pioneer technology.
The prestigious magazine The Economist defines it as a distributed database that keeps a list of records, or blocks, that is continuously growing. One cannot change the information contained within a block since each block has a timestamp and contains a link to a previous block. Blockchains are innately behaving as a digital and public inventory.
In 2009 Satoshi Nakamoto put it into practice for the first time, which was published, on November 1, 2008, the first application of this technology in the paper: " Bitcoin: A Peer-to-Peer Electronic Cash System " so it is a relatively recent technology.
The blockchain ledger - consisting of transactions in blocks – gives competitors access to share digital ledger across computer networks without recourse to a principal authority. A member of the network cannot manipulate records: mathematical algorithms preserve the integrity of all of them.
As an add-on Blockchain is decentralized - no person or company controls data entry or integrity. However, the entire blockchain is constantly checked by each computer in the network. All your points have the same information, the corrupted data in point "1" cannot be part of Blockchain because it does not match the equivalent data in points "2" and "3".
Uses and Advantages of Blockchain
Blockchain has the potential to make the exchange of currency and information safer in a variety of industries, getting easier data transfers between entities. We can assess its use in various sectors or industries.
In the Health
The use of digital signatures in data based on Blockchain, accessed when multiple users authorize it, can control the availability of medical records and thus maintain their privacy. A conglomerate composed of insurers, patients, doctors, and hospitals, can also be part of the complete Blockchain, reducing fraud in payments in the health sector.
In the Financial sector
Today interbank transactions can take many days to be approved and finally entered, especially outside office hours. With Blockchain, they are processed at any time, and the time to be completed can be reduced to minutes.
In Legal Services
The Blockchains are trained to agglutinate a lot of data, like whole contracts. Certain industries can benefit from "smart contracts" or systems that impose, or facilitate, the execution of contracts with the help of Blockchain. The intermediary, as an entity that monitors compliance with the law, can be eliminated from the equation by these intelligent contracts, if the payments are completed according to agreed parameters. The peculiar nature of the intelligent contract means that the latter, through electronic means, is easily complied with, ensuring that its control does not fall on one single part.
In National Defence
Access or modification without authority of a vital defense infrastructure, such as a network firmware or operating system, can lead to national security being seriously compromised. The computer systems and defense infrastructure are usually distributed in different locations. If this distribution is based on Blockchain technology along with more than one data center, access is dependent on a consensus when modifying and preventing attacks on vital parts of equipment and networks.
Government entities
The traditional operation of most government entities causes delays in information exchanges, worsening the service to the citizen. Using Blockchain to link data between departments, makes the provision of information happen in real time, once the citizen and entity agree to share data. The use of Blockchain can also reduce corruption and increase transparency in government areas around the world.
In Industry 4.0
The way to Industry 4.0 is to connect different productive entities, digitalization based on new technologies and the possibility of producing different compositions of the same product, adapting their quantities to the real needs of the client.
Digitization is the basis of the so-called Industry 4.0 or "Smart Industry", led by the IoT (Internet of Things), the Machine to Machine (M2M) communication, the Cloud, Big Data, etc.
Collect information, order and interpret the different types of data generated by the sensors, for example, it provides great business advantages, as well as sharing them without any doubt that they will be modified. Therefore, applications of blockchain technology require a high degree of privacy protection and maximum security with a slim chance of breach. Without neglecting that they have to be in a reliable environment. Therefore, Blockchain has the potential to change the way in which the digitized company approaches large data, with greater security and data quality.
Advantages of Blockchain Technology

The main advantages of this technology are:
- Exchange without Intermediation of Third Parties: It is possible to exchange between two parties without the intermediation or supervision of third parties, reducing risks considerably.
- Strength and Reliability: Blockchain can resist malicious attacks better since it lacks weak central point when using decentralized networks.
- High-Quality Data: The data under Blockchain are widely available, accurate, private, complete and always arrive on time, improving the integrity of the data.
- Most Skilled Users: Users can control all their transactions and information.
- Accounting System Simplification: By adding each transaction to a simple public accounting, we reduce the complexity of multiple accounting.
- Efficient Transactions: Blockchain provides greater security, speed, and efficiency. This productivity reduces overhead costs and unnecessary intermediary costs by requiring less monitoring and control.
Blockchain at its most fundamental level is a breakthrough in computing and it is not a coincidence since it is based on 20 years of research in the cryptographic currency, and 40 years of research in cryptography, by thousands of researchers from around the world. Its potential is so considerable that experts from the technological and financial sector have placed Bitcoin and the blockchain at the level of the personal computer industry in 1975 and the Internet in 1993.
Back