Building The Future Towards DApps On Ethereum Blockchain 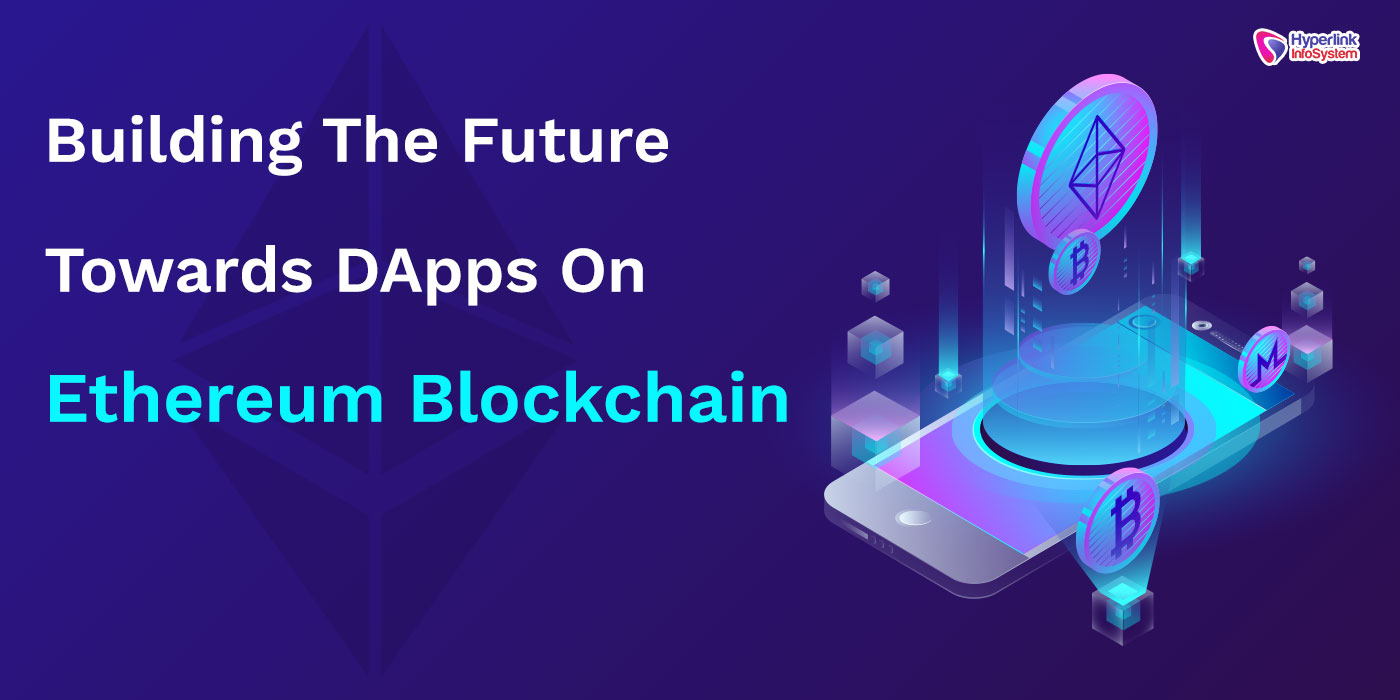 Before the third industrial revolution that arose after the famous rise of technology corporations -such as Google, Amazon, Apple, etc.-, we depended to a large extent on third parties and going to them was a longer and more expensive process than it is now. Most jobs and tasks required constant supervision, prior training, specific information management to ensure that, in fact, they were on track.
Companies, recognizing the growing demand for more agile procedures and services, sought to generate increasingly more efficient solutions. Thus, digital networks began to connect people with each other and quickly bring them closer to more information and services. Also, the corporations that entered the digital domain began to store vital data and information of each user, organized and synthesized in a pattern of numbers and letters.
In this way, the popular applications that we all know and use emerged. Come on, it is very likely that you read this article from an Android device or through the Facebook application. Maybe you can access video games from your computer or have applications to make a live broadcast. Today we use applications to even see rumors on the Internet.
However, the reality is that all these applications belong to centralized entities, and we are only the product to squeeze. While you share your data for free, they take the liberty of trading it without your direct consent and expose you to advertising that you probably would not want to see on your favorite news network of your social network or search engine.
In addition to this, you are not a participant in the important decisions that companies introduce on their platforms. Maybe you did not want them to eliminate cryptocurrency ads like many didn’t when Microsoft updated their contract terms by denying access to emails from sites related to cryptocurrencies.
After the digital revolution, we no longer need to travel long distances, send correspondence or spend large sums of money on the telephone bill to connect with third parties. However, silently the new intermediaries have taken over the digital system, our privacy, and our decisions.
Decentralization gives power to users
As a result of these injustices and with the same tendency to replace previous mechanisms with more efficient innovations, a concept that revolutionizes the Internet is born: decentralized applications or dApps. With the aim of returning people the power that corresponded to them from the very beginning, these applications allow users to have a more relevant role in their operation.
If you do not like something, you can modify it either through the utility it has within its environment or through the consensus of users who will vote, for example, whether an update is successful or not.
Do you like to write poetry? You can use a decentralized social network to monetize your hobby and talent. Do you want to create a game where your friends are rewarded for playing and taking seriously the work that has cost you so much? Well, just do it.
Before continuing with deeper details, it is fair to mention the creation that allowed us to know the importance of these applications. You've probably used it already. Maybe you bought it when it was not worth anything and you lost your wallets thinking it has no future.
This creation is the Bitcoin, application created by the enigmatic developer Satoshi Nakamoto who gave us a powerful currency and digital application with the ability to promote the next industrial revolution.
The figure of Nakamoto, surrounded by a powerful message against the organizations that have taken the boldness to dispossess us of our freedoms, leaves us a legacy in which we can be active protagonists in the real world. It leaves us with a computer formula that will allow us to connect our applications with other individuals and allow them to validate them. These processes or networks that will facilitate the connection between other people through a peer-to-peer (P2P) is what we know today as blockchain technology.
Whether you use Bitcoin as a value guard or to trade, if you think you have what it takes to create an application that rivals this currency or a currency project for a specific community, you can copy the Bitcoin code and use it in your own project. Other projects have done such a thing, such as Litecoin, Dash and Dogecoin, the currency that emerged from a well-known meme. You should contact blockchain technology companies for blockchain development.
The expansion of decentralized applications
In 2015, a modified version of Satoshi Nakamoto's consensus was born, focused on smart contracts and precisely, decentralized applications. This project is Ethereum and its cryptocurrency ether.
Ethereum is usually referred to as the mother of the dApps, because, through its Solidity language and writing mechanism in the 'Ethereum Virtual Machine', it provided an accessible platform for the creativity of many developers willing to offer alternatives decentralized.
EOS, Golem and the Augur betting market are examples of decentralized applications that have raised millions, and some even rank among the top 10 of successful projects. There are also projects for entertainment purposes, such as Criptokitties, game to collect and train cats, or Criptozombies, an interface that reminds us of the game Plants vs. Zombies and allows us to learn to develop and improve decentralized applications.
Today we are facing a world of possibilities that gives us countless learning opportunities and tools to do what we like most, and this is just the beginning. You should contact blockchain technology companies for blockchain development.
Back