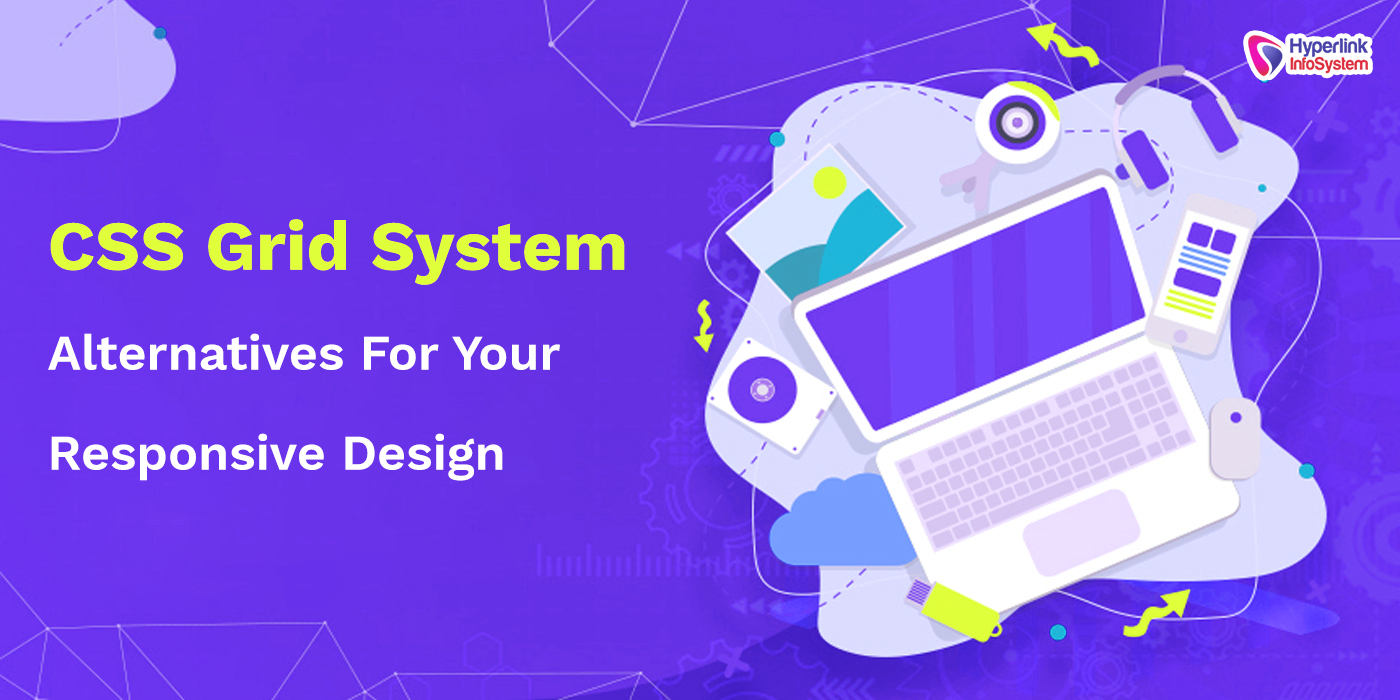 A grid system is called a structure formed by intersecting vertical and horizontal lines. In web design, they serve to place and align content so that the layout does not look messy and to some extent, to guide the view of users. The use of a grid system ensures the readability of the design.
In every layout, a grid system is used, but with the increase in the use of mobile devices, the grid has also gained importance in the responsive design. Thanks to this, contents can be easily readjusted on smaller screens.
In this article, we list some CSS grid systems for responsive design. The vast majority of frameworks contain a grid system, but if you want to take care of all the other components of the site, a grid system could be the best option to minimize resources.

Chewing Grid
Chewing Grid is a grid system created especially for listing items such as videos or articles. Each of these elements is framed in a rectangaale. Chewing Grid automatically adjusts according to the maximum number of columns and the minimum and maximum size of each rectangle that delimits the elements.
You can use it in conjunction with Sass to generate your grid or even create a custom grid.
Lemonade
Lemonade is a flexible and simple to use grid system. You can use the default 12-column system or create a layout with fewer columns. It has fairly detailed documentation where they explain how to customize Lemonade for your projects. Lemonade is compatible with the most popular browsers and mobile devices.
Unsemantic
Unsemantic is another grid system that is considered a successor to the previously popular 960 Grid System. It works similarly to this system, but instead of having fixed columns, it works based on percentages. In this way, it becomes a more viable option for responsive design.
Herow
Herow is a grid system that provides simple to use and customize mixins. Thanks to this resource, you can deal with various issues of responsive design.
Gridism
Gridism is a simple to use and responsive design grid system. On screens that have a width less than 568 px, the system units are grouped, while on larger screens they can be 978 px or 1140 px wide.
One% CSS Grid
One% CSS Grid is a 12 column grid system. It has been designed by top web development companies to create a responsive web layout quickly and easily. It works based on percentages so that it can be adapted to different screen dimensions. One% CSS Grid is responsible for regrouping and modifying the layout size for each platform.
SimpleGrid
Simple Grid is a lightweight grid system that has two types of grids: one for content and one for layout. It has resettable columns so that the grid will adapt to the resolution of the browser. This same mechanism allows the grouping of columns in mobile devices.

Responsive Grid System
Responsive Grid System has been designed to create responsive websites. Apart from the popular 12 column system, you can use 14 or 16 columns if your design requires it.
Ingrid
Ingrid is a system for layout whose objective is to reduce the use of classes in individual units. In this way, readjustment of responsive layouts can be less complicated and more fun.
Ingrid has been developed to be an extensible system, so you can customize it according to the needs of your project.
Gridlock
Gridlock is a grid system for responsive design. It is part of a set of components called Formstone. Gridlock makes use of cells and columns and offers a maximum number of columns for each platform based on the standard screen size for each of them.
Ice Cream
Ice Cream is a 12 column grid system that has a simple syntax. It has been developed so that you can create a responsive layout easily and quickly.
Gridly
Gridly is a lightweight grid system (weighs about 200 bytes). It has been developed with resource savings in mind, so you can create a layout easily and without overloading your website. Gridly is compatible in the most popular browsers.
Gridle
Gridle is a complete grid system that allows you to generate grids with all the features you need. It has been developed to be a grid that includes all the functions that other popular grid systems possess. Thanks to the definition of classes and mixins, you can create and use grids in a simple way.
Conclusion
Using a grid or grid system is essential for your responsive design. Using any of the resources listed, you can create your layout quickly and easily, even some offer greater freedom to customize them to suit your projects.
Using these grid systems can be the perfect solution when you want to create a simple website and you only need a little help to create a responsive design layout that suits small screens without problems.
Back