Essential Data That You Must Include In An Error Report 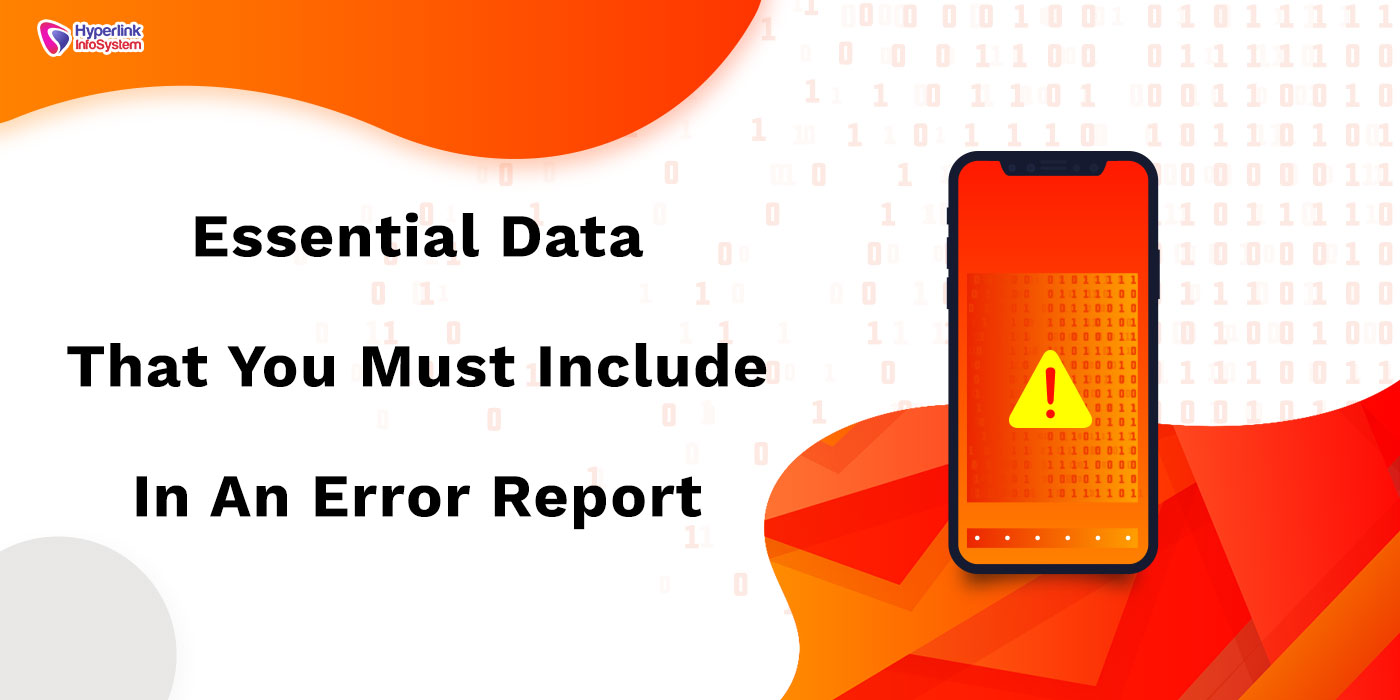 The most popular websites and apps are constantly updated with new features. Updates should be given to the new and old functions of apps, programs, and websites. No matter the number of tests carried out, it is likely that errors will be found over time and it is up to the support teams to solve them.
However, the starting point for all support team is the report about the problem. This report helps app developers determine the cause of the error and achieve early resolution. Thanks to reports, developers can define the severity of an error and the priority of its resolution.
Here, you will learn about the essential data that you must include in an error report on programs and apps that you are testing.
Essential data in a bug report
It is essential for the support team to have certain data about the errors, otherwise, they cannot begin to correct them. This is done using error reports which provide developers with the information necessary to understand the problem and try to reach its resolution.
An error report should not only contain some mandatory data but also be as descriptive as possible. It will be useful for the developers because they will have a good starting point to begin to perform tests to understand why the error occurred in the first place.
You can also include screenshots with the error message or the type of error that occurs. It is particularly if some additional information is presented on the website of the app. The more info the developers have concerning the error, they better it is for the developers.
- Include a descriptive title
The title should be as descriptive as possible and summarize the main problem. In the best case, you may have received an error message. This forms a starting point for the developer and is the perfect title for a bug report. In case you don’t get any error message but the program is behaving in an unusual way or does not react as it should, it is important to summarize the problem in a sentence and place it as a title. It may be helpful to first describe the error in detail and then try to summarize all that information in one sentence.
- Describe the circumstances in which the problem occurs
If you are dealing with an app, you are likely to have different options and functions. It is not enough for the developer to know that there is a problem or that a certain tool is failing; he needs to know exactly how the problem occurred. It is important to detail the steps that were taken until the error was found.
It is also common that certain errors are solved when restarting an app. If you mention in the report that you have restarted the program and the error still persists, it is a detail to which the developer will pay special attention. Likewise, the version number of the program should be included. It is true that most people keep their programs updated in the latest version, but the developer will not assume anything if you have not mentioned it in your error report.
- Mention the platform or operating system that has been used
The operating system that is being used is a fundamental data for developers since each operating system has its unique features and functions.
If it is a web application, not only the operating system and its respective version must be mentioned, but also the browser that has been used when finding the fault. If tests have been done in other browsers and the error persists it should also be mentioned. Also, do not forget to include the exact version of the browsers that have been used. These data help to identify if the error is an isolated case, limited to the specific situation of the user or if it is a generalized problem that could have an impact on a greater number of users.
- Mention the number of times the error has been repeated
When the error only occurred once and did not compromise other essential functions of the program, that is, if it has not been a fatal error, it is likely that the problem will not happen again. This implies that it is less priority to solve it.
Many developers, once they have the detailed description of the error, proceed to try to reproduce it under the same circumstances in order to understand what has happened and to be able to reach a resolution of the problem. So if the error can be reproduced, the developers already have a good starting point to start dealing with that particular problem.
This is also another point that the developers take into account for the solution of problems according to the order of priority. If the error has only happened once and to a user, then it is a failure due to a specific situation, therefore it is a subject that has a lower priority for them.
The perfect bug report
For you as a developer, it is easy to keep in mind all the essential data that should be included in an error report. This is because you understand the technical issues and know how important it is for the support team to have this information. However, it is likely that a user without technical knowledge simply does not have the patience to perform all these steps. Luckily, there are tools like Usersnap to report errors that facilitate this task for users.
Writing a bug report is a task that must be given particular attention. A good error report must contain the essential data previously mentioned, as well as details that describe the error and the circumstances in which it occurred.
There are different tools to report errors that could be useful, whether you are working in conjunction with other developers or are looking for a more appropriate solution for your users.
Back