How App Developers Are Faring With The New iOS12 Platform 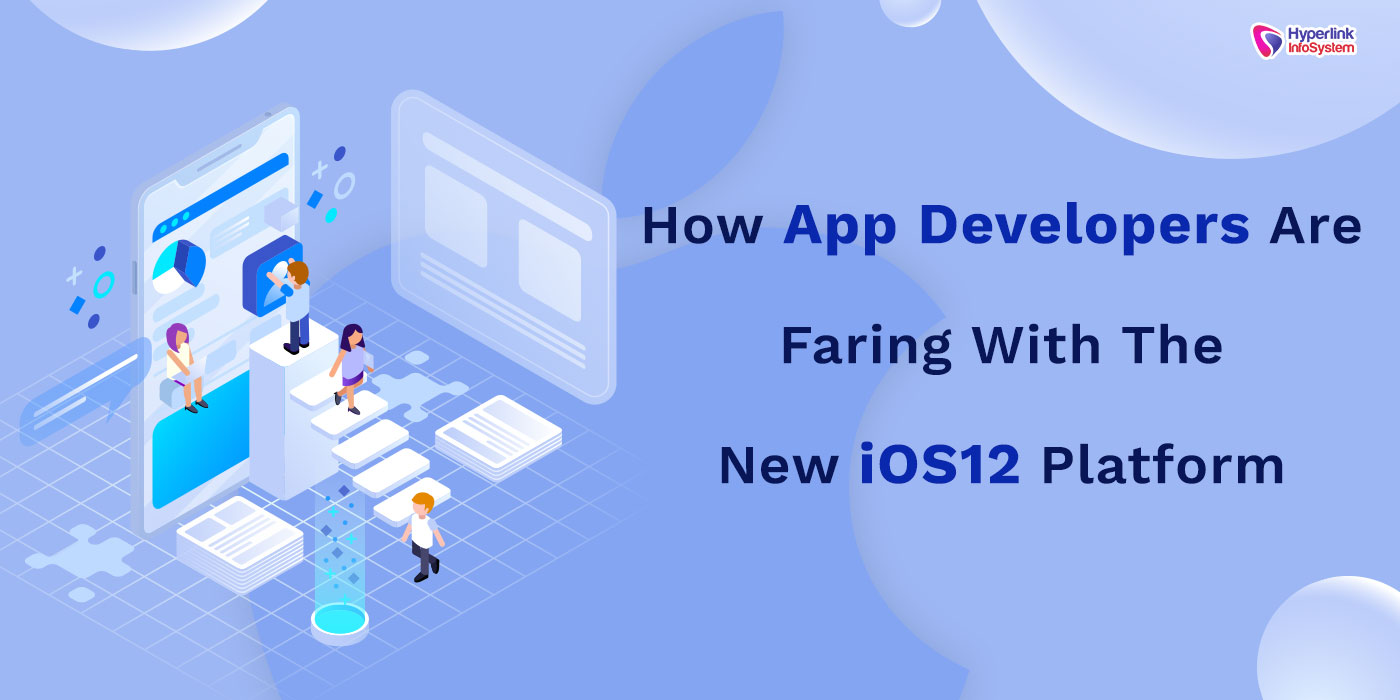 Mobile app technology has gone far beyond initial imaginations. Currently, there is a growing population of developers and development agencies that are working towards building and releasing highly efficient, productive and functional iOS applications on a daily basis.
Ranging from small startups to large corporations, these professionals are found across various sectors in different industries including retail and e-commerce, healthcare and health IT, banking and fintech, technology and hardware, entertainment, app development services, software and internet, and other enterprises.
By implication, there is rarely any service sector that doesn’t require the innovative services of an app development company. One way or the other, there will always be a need for mobile app development services by organizations, companies, and businesses operating in this modern society.
This is why app developers and their parent agencies are working assiduously to meet the increasing demands of these growing enterprises. These days, it generally seems as if a gradual transformation is taking place in the industry as most programmers are looking towards creating faster and more stable iOS applications.
The Introduction of iOS 12 and Its Effects
One way these organizations and professionals are working to enable businesses to thrive with the relevant mobile support they need is through iPhone app development. Ever since the iOS platform was introduced, developers have been on their heels serving end-users while the OS has been introducing new useful features aimed at enhancing the app development process. Evidently, Apple is not resting on its laurels to make things work for everyone.
With the recent release of iOS 12 which was officially made available last September, it is true that Apple is trying to focus more attention on making things work. Unlike past updates, this new release is targeted at a wider range of iPhone devices, beginning with the recent iPhone XS and reaching on to iPhone 5S which came on board in 2013. The introduction of this new update is transforming iPhone app development.
With this new update, any mobile app development company looking to pursue iOS app development should be willing to adopt the right update for the development. Obviously, iOS now sets the standard for how apps should be designed and built to be their best on every iPhone device. App developers need to focus on developing apps that can more efficiently and smoothly run on the latest iOS version.
Some top app development companies have begun capitalizing on this new software release to breathe life into their processes by developing faster and more stable apps. And now that Apple is paying more attention to older devices, it is time for developers to expand their development scope and try as much as possible to make good use of the platform’s long-term software support to develop aesthetic and functional iOS apps.
Heading Toward an Improvement
Before now, many app developers and top app development companies were considering developing apps for other platforms as it was becoming more and more challenging (if nor strenuous) to continue developing an app for iOS. But now it seems as if things are beginning to change particularly now that Apple is taking performance more seriously.
In fact, this is one of the major changes that are currently being experienced with running iPhone app development on the new iOS 12. Now, it is becoming increasingly easy to develop apps with faster launch speeds on the platform. However, it is sad to see that some developers are still finding it difficult to flow along with the tide.
Even till this very moment, there are still many developers and app development companies that are struggling with iPhone app development. They are simply finding it difficult to create efficient build infrastructure for iOS app development. Basically, these agencies do not know typical ways of addressing the challenge simply because they are yet to fully harness the available information and adopt the best practices.
In a bid to overcome this problem, many top app development companies have begun creating build infrastructure for both macOS and iOS app development by organizing a team of DevOps engineers and developers to work closely together. But companies can only achieve the best development for their applications only when they understand the objectives of the current software version and its corresponding features.
Concluding Advice and Recommendation
iOS 12 is no doubt, one of the best software updates Apple has ever provided. This gives mobile developers operating on the platform an amazing ability and opportunity to prove themselves and in return, gain better rewards for their hard work.
Rather than just focus on how to add more ways to use an app, it is best for any pragmatic mobile app development company to start rethinking how users interact with their phones. As a matter of fact, that’s just what the latest update from Apple (iOS 12) is all about.
There is the need for both, top app development companies and startups to concentrate all their efforts on laying a solid and functional foundation for every development project before even thinking on adding more features to the app.
Now that Apple is apparently changing its strategy to suit users’ needs, there is no need for any mobile app development company or iOS developer to feel indifferent or lackadaisical about these changes. Joining in the bandwagon is the only meaningful way developers and other development agencies alike can effectively achieve the best results on this platform.
Back