How Modernization Has Democratized Music Listening 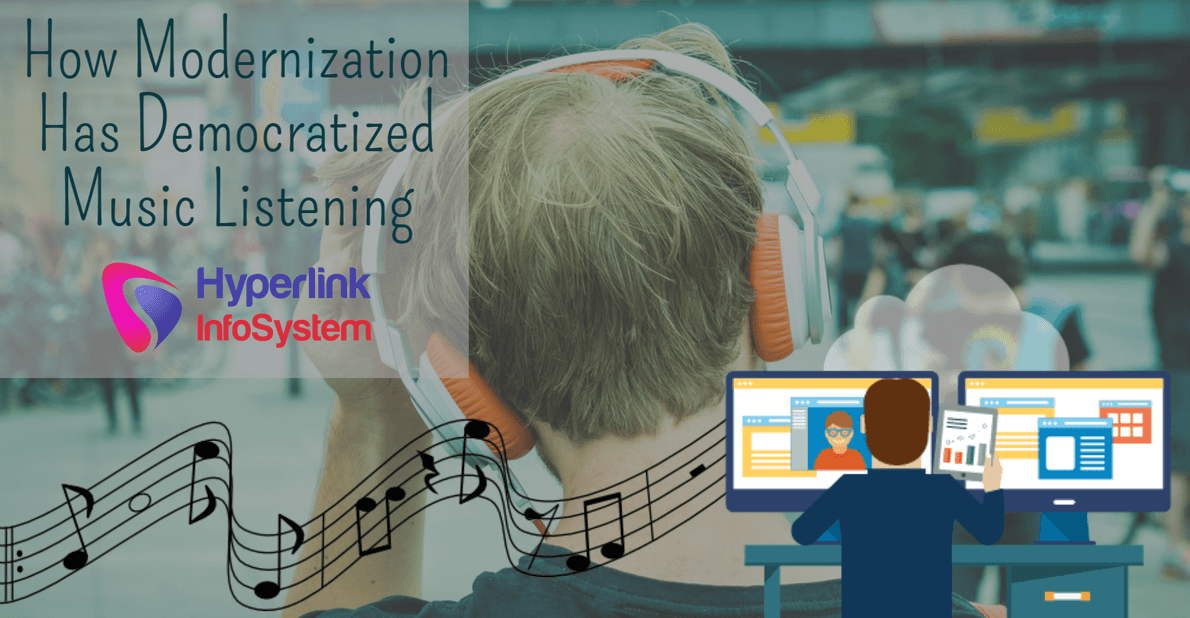 While most of us do not associate mobile technology with the music industry (at least not directly), the advances that have been made in recent years have had a major effect on the way that the modern consumer consumes and listens to music from their favorite artists, as well as up and comers. Now that the appropriate Android app development and iPhone app development has taken place, music aficionados have been granted access to more music than they know what to do with, which has democratized the way that modern music is consumed.

Someone who prides themselves on being fully up to date and ahead of the curve no longer have to wait for industry tastemakers to let them know what is next. All anyone needs now is a functioning smartphone and the ability to download music listening apps such as Spotify, Soundcloud, Apple Music or even YouTube.

This allows the listener to sift through all of the latest music that is bubbling just beneath the surface and choose the songs that they like best, without having to wait for a radio station or a television to tell them what's hot. In some cases, social media apps will indicate the success of a song before traditional outlets have had a chance to catch on.

Take the recent "Mannequin Challenge" that took place, for instance. It all started with a video from rapper 2 Chainz that showed him in various locations with people that appeared to be frozen in time and from there, the challenge craze spread to high schools all over the country, before finally making its way to the Today Show on NBC, which never would have happened without mobile technology.

From there, the "Mannequin Challenge" was set to the strains of "Black Beatles" by Rae Sremmurd and Gucci Mane, which allowed the song to rise from the lower reaches of Billboard's top 40, all the way to #1. Such a meteoric rise would not have been possible even five years ago. Thanks to the advancement of modern technology, the listener's true taste is reflected in what becomes popular, giving us a greater sense of control over the zeitgeist.

Musicians themselves also benefit greatly, as they now have increased access to a wider audience who is actively seeking out their work. They can place their music on popular music apps and trust that the cream will naturally rise to the top, cutting down on the money needed for marketing and promotion.

Thanks to technological advancements, it has never been more exciting to be a music fan or a music creator. As mobile app development continues to flourish, the world of music will only continue to become more and more democratic as time goes on.