How To Choose The Best App Developers? 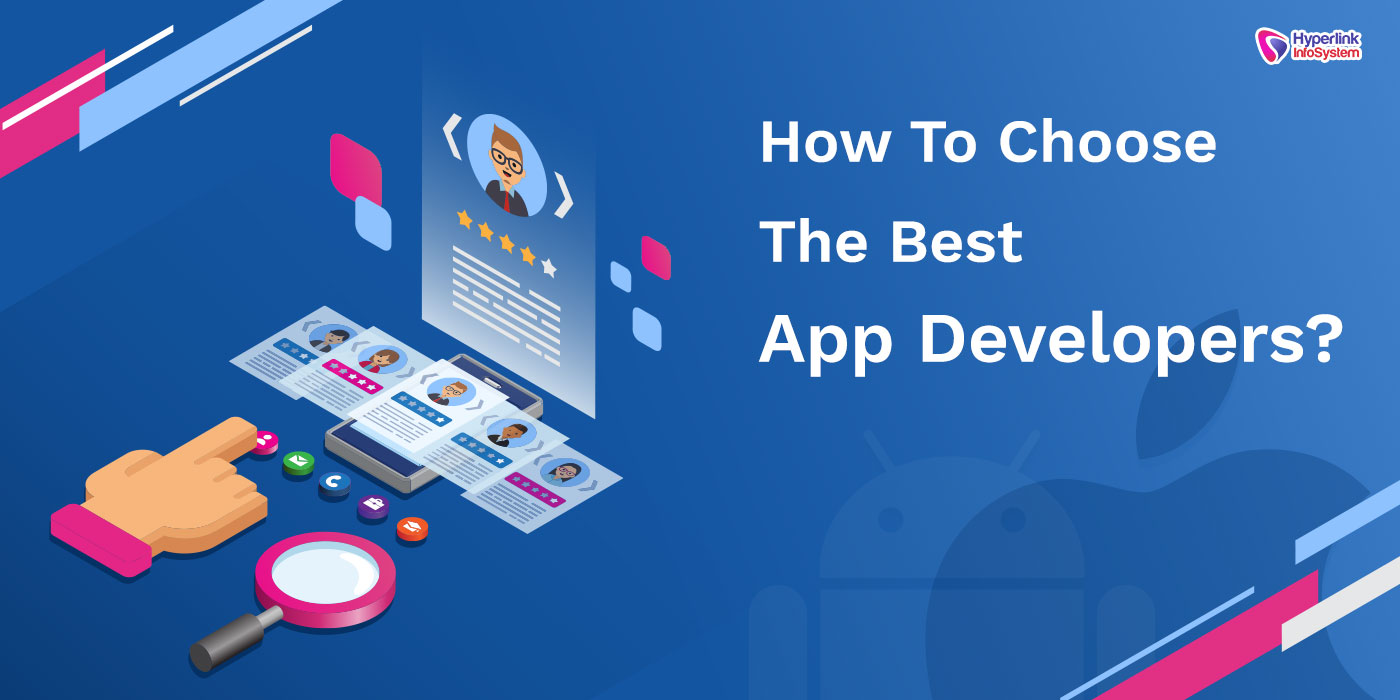 In the digital world, App developers represent work figures that have specific and very complete skills, both from the point of view of code management, as well as the mastery of programming languages.
Often, App developers form teams together with other experienced figures, who have skills in the world of graphics, animation, content and translation. Does your business require the development of an application and, consequently, do you intend to look for a professional figure of this kind? Do not panic: here are some tips that can definitely come in handy.
Many think that the Android app development is a breeze, but in reality it is necessary to pay close attention to all the details. You need specific skills to make an app that can lead to good results in terms of downloads. There are some requirements that every person who wants to start devoting himself to the Android app development must necessarily take into consideration.
Those who intend to embark on such a project must clearly already have excellent skills and knowledge in the use of JAVA and, at least the basics, of the XML language. Java is the programming language linked to the whole series of objects that you need to use for the Android app development. One of its main characteristics is that it is very easy to learn, as well as being particularly powerful. XML, on the other hand, is defined as a markup language, which in many ways resembles HTML. It is mainly used for the purpose of establishing the position and layout of the various graphic elements. Do you want more info? Contact us now!
The tools you need at the beginning
Before the development of an Android application, it is necessary to have available the tools that are fundamental for this operation. The first is Android SDK. In short, it is a software development kit, in which there are many important tools for the creation of an app. The most important tool is certainly the simulator: through the latter, in fact, the developer has the opportunity to try the app on your PC, without necessarily having to do it on a smartphone or tablet. The best suggestion to follow is to use the latest version of the SDK that has been made available and pay attention to every update that is released.
Android Development Tool
Inside there are the various categories and libraries that a developer needs for the implementation of an Android app. The ADT is made available in the company of the SDK as a plugin for the Eclipse program. In case you have already installed the latter on the CC, then you can also install the plugin. Otherwise, you may choose to download the latest updated version of the Android SDK.
Discovering the virtual emulator
In Android SDK we also find a virtual emulator of mobile devices: in this way, as mentioned, you can try the app just made even without having a smartphone or another mobile device in your hands.
This emulator has the great merit of guaranteeing the reproduction of every feature of a mobile device, both from the hardware point of view and from the software side.
App developers: what do the best ones recognize?
You should try to better understand what the peculiarities of an excellent App developer should be. This article will inevitably start with the analytical approach. That is, a good developer presents an analytical approach when he converses with the client. In short, he asks all the possible questions to know details and information about the project related to the app that will have to be developed.
Another focal point is to work online, but not only. An excellent App developer or app development company, in fact, will also focus on the possibility of creating an offline version of the application. In short, an app that can work even without the mobile device being connected to the web. In most situations, this element can be requested upon payment of a further (minimum to be truth) monthly fee. Try to think, for example, Spotify, whose pro version allows you to listen to music even without a connection to the web.
The focal point of any app developer should be simplicity first. And it is a feature that should emerge primarily in the design of the app. You must always remember how the current mobile devices are not really easy to use for everyone, so the greater the simplicity that distinguishes the app and undoubtedly the better.
The further aspect that a good developer should always highlight is specialization. In short, it is very complicated that those who build apps for Android can do it with the same quality for iOS or Windows. Pay attention, therefore, to app developers who claim to be very proficient in all three platforms. So, contact the best app development company to get clearer ideas about your project!
How much must be paid?
One of the main cracks of those who want to make an app is that, often, they do not know how to quantify the pay of a developer. This is a very complex job, so it can also take several thousand dollars. When a company has just one idea in mind, but there is no detail in the project and end up creating a multilingual app for each type of mobile device and with login via social, the price goes up tens of thousands of euros, inevitably. Do not waste your time and get in touch with some of the top app development companies if you want more information!
Back