Key Insights To Gain From The Overwhelming Growth Of Android Development 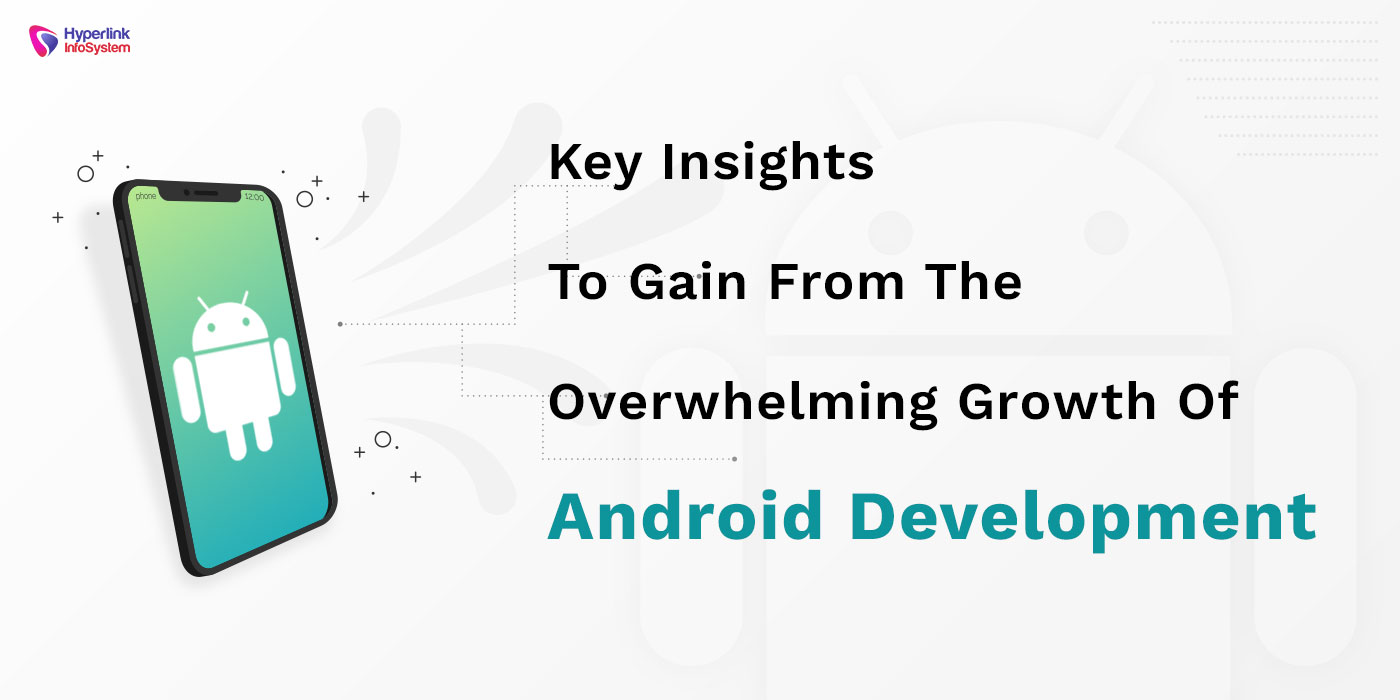 With the way many developers and app development companies are getting involved with Android development these days, it is tempting to think that the mobile OS has been running on these smart devices forever. Unveiled in 2007, Android made an emergent entry into the mobile industry but within a couple of years, the platform tremendously grew to become a highly popular choice on the market.
Currently, many top app development companies and professional app developers have adopted Android as their priority project which has led it to become the world’s most popular mobile OS. Just so you know, Android defeated many of its competitors including Windows Phone, WebOS, Palm OS, BlackBerry Rim, and Symbian to gain this highly revered status. Today, there are so many smartphones and devices everywhere that have this OS installed in them.
Android App Development: Insights to Learn
As of now, there are over 2.5 billion smartphones (including third-party phones) that are adopting Android as their primary OS. This is why app development companies are taunted to be causing a revolution in the industry. Thanks to the wide adoption of the Android OS on a global scale, it now dominates its closest rival iOS with a large margin by an 80 percent market share.
As soon as Android came on board and offered a free open-source platform, many developers and app development companies got hold of the opportunity to provide users with the much-needed variety and option for their devices with applications running on the OS. As a result of this, Android quickly grew to become market favorites by dominating smartphones around the world. Today many phone manufacturers using the OS scale their market growth including LG, Huawei, Samsung, HTC, Sony Ericsson, Nokia, Xiaomi etc.
When launched and marketed by large brands, Android has proven to be even more successful. App developers concerned about disruptive digital technologies and their effects on Android app development as well as other processes need to learn about the valuable insights they bring. Here are some key insights introduced by this amazing platform which are well provided by its dramatic growth in market share.
Move fast with the changing tides
When the makers of Android discovered their vision, they didn’t hesitate to get it on board. Before they got the dream of developing smarter mobile devices, the initial founders of Android (Andy Rubin, Chris White, Nick Sears, and Rich Miner) were initially focused on improving the operating systems of digital cameras. This didn’t go on well though until they decided to shift gears toward creating a standalone mobile operating system which gave rise to the birth of Android app development.
As soon as the company was able to establish a viable OS that can independently serve as the core of a complete mobile computing system, there was no hesitation in making pitches to investors and this was when Google came into the show. Together with the initial Android team, Google helped to boost app development companies’ interest in the project by offering other services such as apps and making the OS free for third-party mobile phone manufacturers.
When it comes to Android app development there is no need for app developers to hesitate or rest on their laurels. If you must beat the best-in-market, you should strive to be the best. Not everyone has a relatively equal amount to bring their products to market but there is no need to delay to be the first-to-market. What matters most is creating something efficient and productive for your target audience and adopting every available channel possible to market your digital product to them.
For most top app development companies, it is more or less like a competition in which they have to capitalize on an emerging trend to gain control of the market. It is expedient for mobile app developers looking to take this route to ensure that they get a good assessment of the situation and ensure to acquire the needed skills before deploying their product on the market. In this industry, you can only launch a formidable assault when you’ve got the right corporate structures in place.
Focus on developing robust apps
When Google launched an open source operating system, little did its competitors know that the OS will be running the mobile devices of the future. Today, Android does not only serve as a dependable operating system for mobile devices but is also powering home appliances, cars, and homes. This is mainly why most top app development companies are building mechanisms to anticipate transition before it even occurs. Basically, they don’t want to be taken off guard.
Android app development is always evolving. To this end, it is expedient for every app developer to focus their efforts on developing robust and highly-compatible applications while trying not to miss the transition. Android features a highly-compatible open source operating system and mobile developers looking to remain in the ecosystem needs to focus their efforts on developing apps that meet users’ needs. There is no better way to effectively remain on the trending market than this.
Conclusion
At the core of this rise, startups and top app development companies looking to make a significant impact in the mobile app industry must be willing to accept the ideals by focusing on being first-to-market, looking out for swift disruptive trends, and finding hidden opportunities in every way possible. This is the only way they can be able to climb above the competition with this platform.
Back