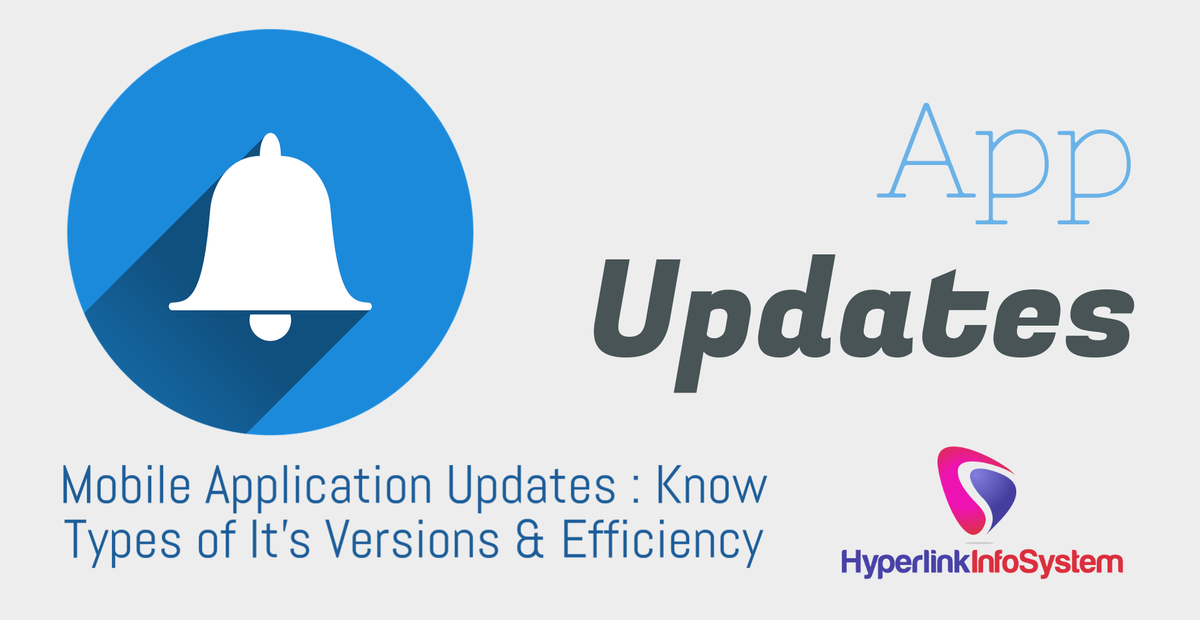 After a release of the first version, Indian app developers of any app become busy to release an update. Users install the initial version & after sometimes see the update. The technology sector gets changed with the turn out usually. And every updated version is proposed to develop the app performance and serves users with added features. Never ignore the updates as they are required.


App updates matter as they can help in developing the true following. The Mobile app updates are usually dependent upon the feedback & land up with an essential bug difficulties. Committed professionals with the apps give their best to integrate the advantages which users are requesting.

Why are the updates useful?

Depending upon the policies, different app release updates by following unique time periods.Even the customers have hired skilled mobile app development team and others, new versions are good always. Updates provide the users think that they can improve the experience of browsing of an app & for getting the best service.

And, updates are the proof of constant maintenance. Updated versions of apps are clearly meant for delivering smart service. Users even suggest the up-to-date applications, if someone asks them about the options of the apps they are using now.

With a little space, Play Store provides us a chance to choose when and how to update the app that is already open on the mobile device. Sometimes, the applications users to install the updated package. Users can set the updates to occur manually or automatically. Some app updates need new permission and they are never updated automatically.

Set in the play store for an auto update when any of the installed applications in your device is affected with the latest version. In this setting, a user will not be bothered with the notifications to update a new version. Just in the case of app update which needs new permissions will ask for the permission. Follow this to assure that you are using all the applications with latest versions.

Some of the users are too conscious of what is going to install on their device. Manual updations are there for them. Users get an information each time the installed application requirement up-gradation. Tap on the notification and users will be taken to the app store and can update an app from there.

The positive side for app updates:

Do not get annoyed when you get notification of the update. The updates are always intended to expand the app review.

And here are the advantages of app updates:

Whenever there are any security holes left in the older versions & anybody brings an attention of the mobile app development company or an app developer, then the new versions come up by fixing those security vulnerabilities.In the case, an update of modern version has appeared & you are still applying the old version, then you may be using an unstable version & your data may be at a big risk.

Sometimes it appears that users are remains of using a current version of the app & they are even convinced with the performance & features. In this situation, they ignore the update. But they never know that they may have the amazing features combined with more interactive mobile app designs. Newer versions could solve the crashes & other complaints obtained from the actual users.

Speed is matters! Whenever any tester is testing the appearance of an app, he examines many features. In which they mostly focus on the impeccable performance. An Immediate response time of app means increased speed. In the most recent updated app version, you possibly experience far better browsing speed.

There is not a fix time measure after that the new versions are included. But, depending on the app demand, a number of app developers, and the type forthcoming ideas of versions are interested. Some minor bugs can be fixed within 2/3 days or a week.

Some lesser or unexpected bugs are faced after a last release of the app. Bug fixing release performs it more stable. For Applications that are applied universally, have a regular bug fixing updates. These mobile app updates may have some lesser changes when we consider other features excluding bug fixing. But, the focus will clearly on bug fixing.