Quick Guide For The Development Of Applications For iOS 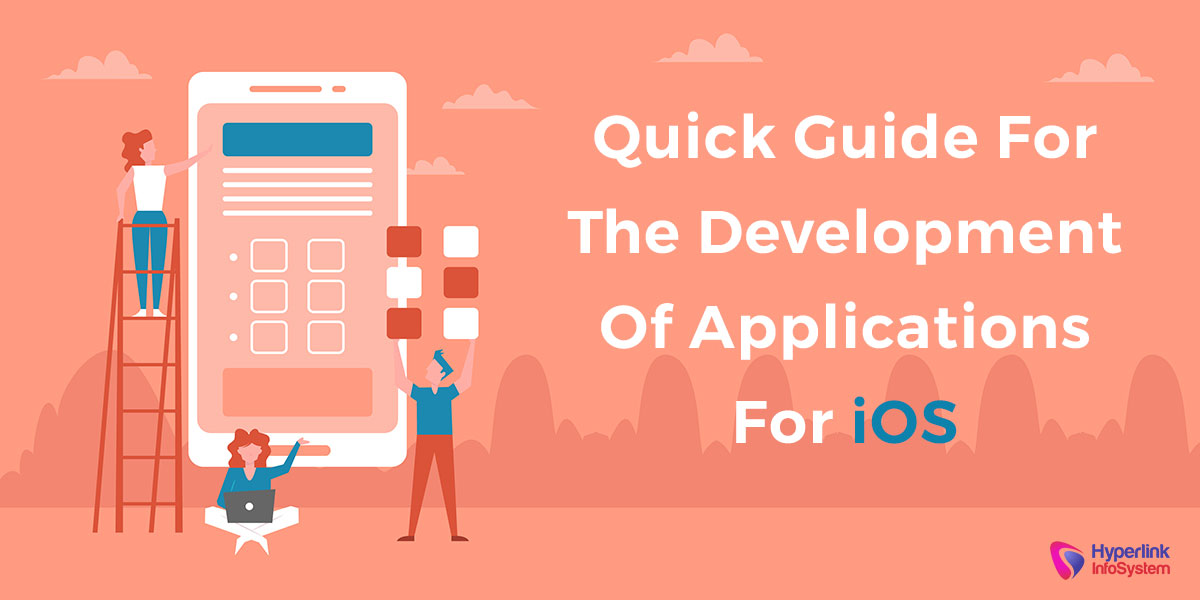 Should you develop an application on iOS or Android?
At first glance, the application development seems to follow the same pattern, regardless of the mobile operating system chosen, but on closer inspection, several peculiarities begin to take shape, be it in terms of the language used, tools, the chosen work environment, design and also manufacturing costs.
So, if you have the soul of an application developer or are looking to satisfy your curiosity, take the time to study the specifics of the two operating systems to choose the one that best suits your needs!
iOS mobile development vs Android
The technical aspect
The technical know-how with all its peculiarities is the one that differentiates the most the two mobile operating systems:
The development environment
Xcode is the preferred environment for the development of applications for Apple devices, while at Google, we favor the programs from the suite that bears his name, Android Studio.
The first space allows for a much more flexible project structure by offering the ability to create folders or files anywhere on your disk, while the second space is much stricter by requiring you to follow classification rules for folders., files and resources.
The compilation of the program

At the end of the programming, developers use program compilers to run their code and check their errors and make sure that an application is working properly.
To check Android apps, an emulator deemed slow can launch the program as close as possible to the hardware environment. However, for applications running Apple products, a quick simulator is available to the developer to imitate only the software part.
Therefore, it is always recommended to check the correct operation of the program directly on the device concerned.
The programming language
Projects under Xcode can only be processed using Objective-C or Swift language, while those from its counterpart are coded using the Java language and more recently, Kotlin.
The graphical interface
The graphics aspect is treated distinctly from the generated program. For Android applications, you need to create XML files that will be called in the code. However, for the iOS, it is necessary to go through XIB files convertible into NIB before including them in the code too.
Apple generally has the last word about the animations of its products which are more flexible, complex and powerful, which supposes adapted skills.
With respect to mobile design, each operating system has its own technical strengths to enhance the user experience. But as a general rule, each project depends on the preferences of the customers.
The "back" button
Not being taken into account in the structure of the iPhone, iPad or iPod touch, this button must be included in the application interface during development. This can have consequences on the design of the application.
The marketing aspect
A limited number of apps is likely to pay off on the App Store or the Google Play Store. If your objective is confined to bringing a complementary experience to your customers, profitability may not be your priority and the number of downloads is the only indicator that interests you. As for all the others, you must start by designing a sufficiently qualitative app to make users want to pay for this service. Even if you are not intending to monetize your app immediately, consider that since the design stage. If your app can be downloaded for free, you can offer in-app purchases or a “freemium” subscription. This last method can help you reach a lot of people, and those who wish to access all services have to pay. It is sort of a free version.
The cost of manufacture

The resources deployed to create an application remain the same for any operating system. However, iPhone app developers are much less numerous, so their services are more expensive and salaries more interesting.
In return, to program in Xcode, developers are forced to use Apple devices and invest in a Mac.
To develop an application on iPhone, you need a crew that knows the specific procedures for mobile users who navigate on the iPhone.
Developing an iOS mobile app
A specific programming language
The work is done only on Mac, using a complex programming language, which requires a solid initiation. The programming language for the development of this type of mobile application is Objective-C, as well as Swift, more powerful and reliable. The English word "swift" means indeed "fast". It allows creating the functionalities of the applications. A new generation of mobile applications has even been fully written in Swift: LinkedIn, Airbnb, The Morning of the World, etc.
The mobile application development tool provided by Apple is a dedicated SDK. Opening a developer account is necessary. You have to work with a version of the operating system that allows you to download XCode and access the APIs, the application programming interfaces. They offer different possibilities, such as integrating the Touch ID.
Apple also provides development resources with project samples to facilitate the work of designing a single application, the result of team collaboration.
Underwater work
The junior developer starts with object-oriented programming and manages the user interface (UI) of the application. He collaborates with a team that works in partnership with his clients, to carry out an application creation project with an original design.
After a year of experience on average, he has the ability to develop the interface with the back-end part, i.e. the submerged part of the iceberg that the user will never see. The expert is at the stage where he is able to solve problems. It identifies them and proposes a solution, in case of memory leak or rendering problem for example. He is also responsible for publishing the application with Google tools, first of all for his test phase. It manages certificates and publishes on the AppStore.
After about five years of experience, he extends his field of action to the most advanced part of development: he can manage and synchronize important data flows, with Core Data. It can also implement innovative features that exploit the sensors of the iPhone: sensors for brightness, proximity, footprint, GPS, camera, etc.
Also, given the client, using an app development company to outsource programming will be more beneficial
Monetization
Programs running Android are generally offered in free mode in the Play Store, while users of most iOS mobile applications must pay a small sum for developers on the App Store every time. But this is anecdotal.
Back