The 5 Android App Development Trends To Watch In 2020 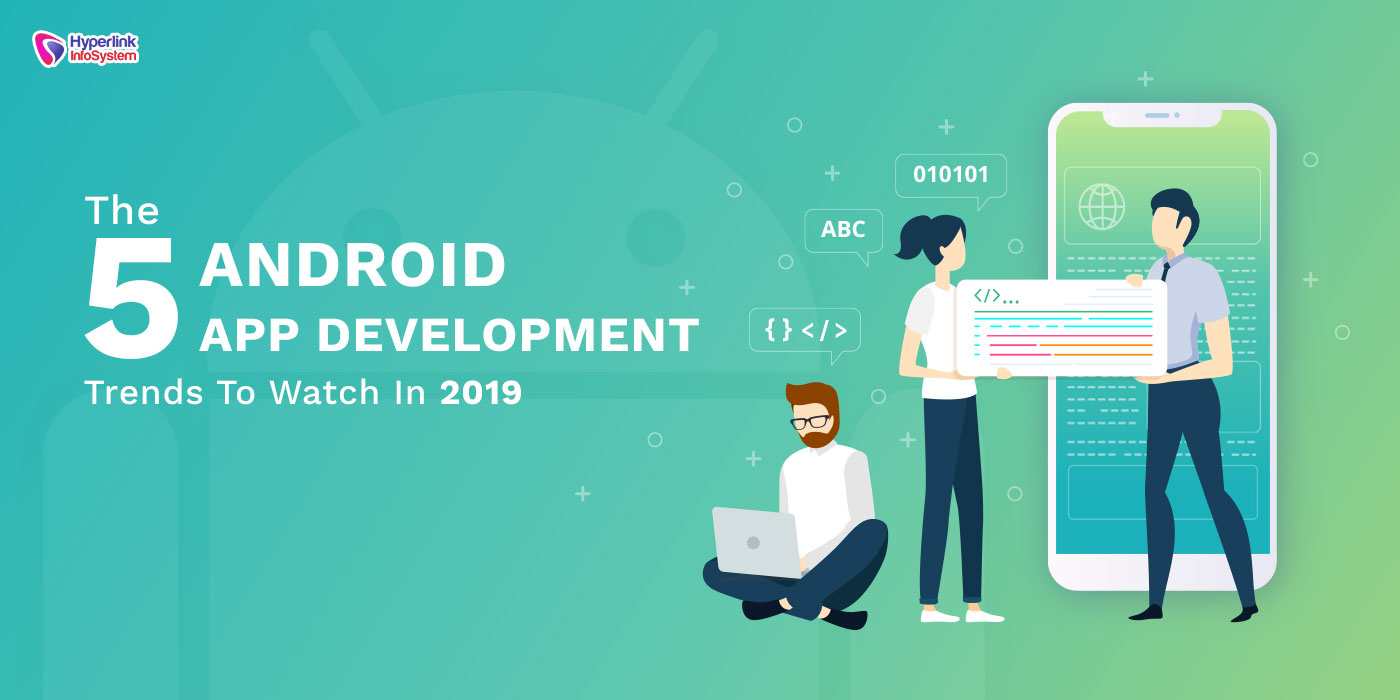 As Android app development continues to undergo an array of changes, it is time to take a closer look at the effect of various trends. There are five key trends that stand to shape the world of Android going forward. App development companies would do well to learn as much as possible about these trends so that the information can be used to their benefit going forward.
1. Payment Apps
Android users will soon be able to utilize various apps when it is time to make payments. Soon, these apps will become the norm, as opposed to an exception. Mobile devices are on the verge of becoming a primary platform for various digital transactions. It would behoove app development companies to get on board now before this shift has been fully completed.
After all, it is only a matter of time before all retailers are relying on these types of transactions. Credit cards and physical wallets are about to become a thing of the past. Blockchain technology has set the table for this revolution to take place.
The blockchain functions as a record keeper of these transactions and ensures that all client information remains safe. Android app development must take this trend into account, as it is going to shape the future of transactions.
2. Apps That Go Beyond The Screen
The typical Android apps that are found on the screen will soon fall by the wayside. Android app development companies must consider this fact going forward. Apps are no longer going to be confined to the same spaces that they were before. Augmented reality apps and virtual reality apps are now being developed by more companies than ever before. These apps go beyond the typical usage concerns, though.
Mobile gaming apps will simply never be the same. Android app development that is truly forward thinking must consider this reality. The recent explosion of virtual reality and augmented reality is just the beginning. App development needs to meet the needs of this new audience. The same principles also apply to apps that are going to be affected by the Internet of Things.
3. The Continued Usage of the Cloud
Cloud storage might seem like a new trend to some Android app developers but in reality, this is a trend that has been a long time coming. Cloud-based apps offer Android users access to levels of storage that they never thought possible. As a result of this development, trustworthy apps are needed. This is trend that is only going to continue to rise. In the meantime, app development companies have to consider a few key facts.
First of all, the modern Android user is not going to want to use any cloud-based app that takes too much space on their device. Apps that do not fully download and only take up a partial amount of space on the device will become more important. If the features cannot be operated directly from the cloud itself, users are likely to turn elsewhere. The same goes for any app that asks a user to start deleting other apps to make room for the new download.
4. Greater Demand For In-App Search Capability
Apps have become a part of Android users' daily lives. As such, these apps need to provide all of the same features that are available under typical circumstances. In other words, the app will need to fulfill the same function as a typical website. Let's say that the user is accustomed to utilizing Twitter, Facebook, Instagram and other key social media hubs on their desktop computer or their laptop device.
This is considered commonplace but now that so many users are making the switch to browsing on mobile apps, the need for in-app search capability increases. If the user cannot search in the same manner that they have become accustomed to online, this is a sure sign that the app development companies who are responsible need to make some changes. YouTube and Spotify's apps are informative in this regard. Users expect the search function to be just as easy.
5. Artificial Intelligence's Role Continues To Grow
Artificial intelligence is one of the most important trends for Android app development companies to monitor. Some might even argue that this trend is the single most important going forward. Machine learning is changing the world of Android app development for the better.
The development of these apps is going to be influenced by artificial intelligence going forward, in a number of different ways. The application of artificial intelligence is of great interest to those who work in app development. User commands can be processed in a more complex manner than ever before and this is a massive boon for various business.
This technology is especially useful to app developers who are looking to remain proactive. Artificial intelligence allows app issues to be solved before the user has even had the chance to lodge any sort of complaint. Raising the bar for the user's experience is what it is all about. As apps use artificial intelligence to gain insight into the user experience, app developers now have the chance to develop a more intuitive product.
Back