The Common Features Of The Greatest Android Apps Of All Time 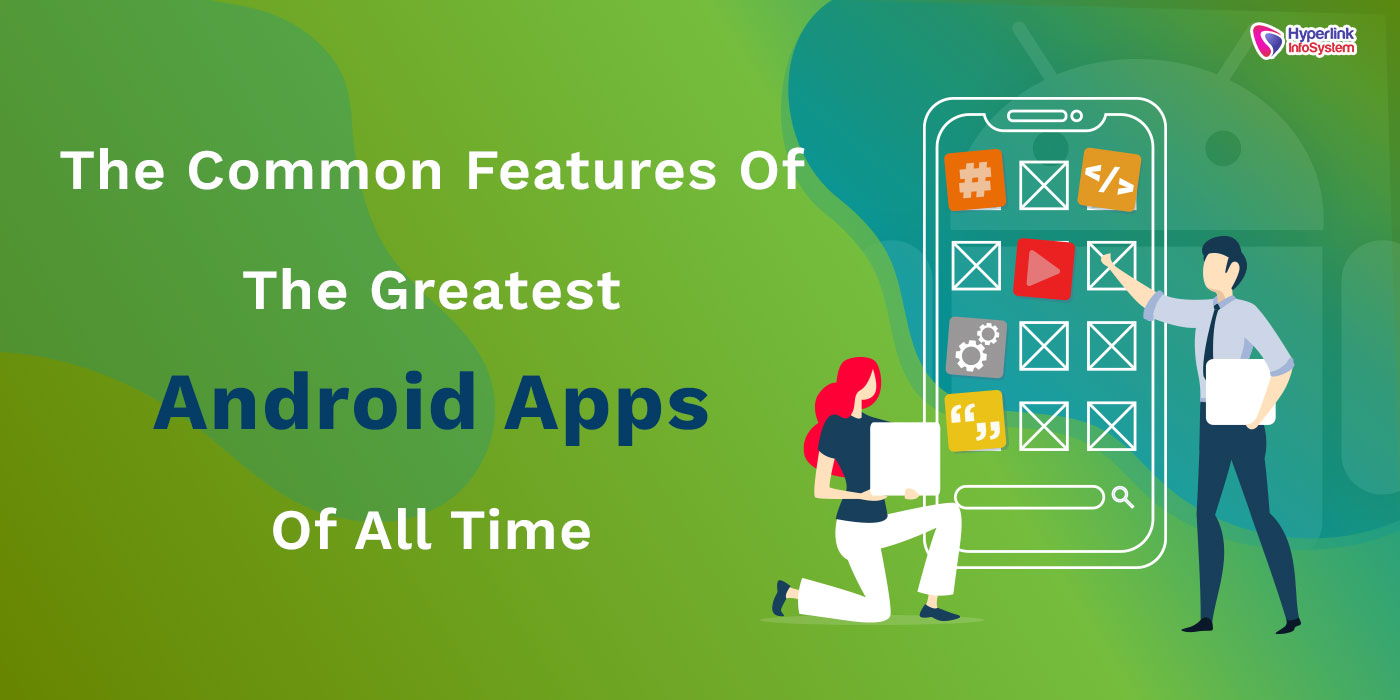 There are as many Android apps as android app development companies and more android apps are released every day because the android app development industry is just getting started. Unfortunately, only less than 10 percent of Android apps are usually successful and only a few of the successful Android apps can maintain their success for long since they encounter mass download and mass delete.
The reason for the poor success rate of android apps and android app development companies is the fierce competition in the android app development industry. The industry is obviously one of the most competitive. However, some app development companies are at the top of the industry and they have remained at the top because they know what it takes to make apps successful.
For the past few years, they have remained at the top of android app development world because their apps keep hitting home run. This is why some of the best apps were studied and their common features became obvious. If you want your app to survive in the harsh android app development world, it has to offer some of the features.
It should solve a real problem
Think of a need gap and bridge it with your app. The first few app development companies were very lucky. There were numerous needs then. Unfortunately, you may have to think hard now before you find a need. If you can’t, you could solve a problem that some apps have been solving but solve it in a better way.
Very good examples are Blackberry Messenger (BBM) and WhatsApp. BBM was created before WhatsApp but the latter came with better features and more convenience and that is why BBM is almost non-existent. To link up with a user on BBM, you need the person’s BBM pin. But once you have someone’s phone number, you are already linked to him on WhatsApp if he is already on WhatsApp.
Great user interface
The importance of a great user interface cannot be over-emphasized. Great user interface leads to wonderful user experience and that is what retains users for a long time. Every feature of an app adds to its user experience but it starts with a nice user interface.
Simplicity is very important
People generally enjoy an app that they can easily understand. No matter how great an app is, it will fail if it is not easy to understand. You can only derive fun from an app you understand. With app development, less is more. The more features and functions you include in your app, the more difficult it will be to understand it. So, moderate your features and functions.
Uniqueness
This is applicable to game apps. Users want an app that comes with a unique storyline, unique concept, and unique mission. This is why very unique game apps retain users for a very long time.
Regular update
Users can get tired of even a great app if there is nothing new about it. This is the main reason some apps that have hit over 1 million downloads now have less than 200,000 current users. People got tired of the app and started deleting it.
Take 1-word 4 pics for instance. The game took the world by storm. Unfortunately, it has gone into obscurity now. People can hardly remember it. On the other hand, Candy Crush Saga has been existing for a long time and it is still being played. Just when people begin to get tired of it, new features will be released and it will attract them. So regular update will help retain users for a long time.
Fast loading and high responsiveness
Nothing can be as annoying as a sluggish mobile app. A good app should not take up to 10 seconds to load and even after loading, every function, link, and button should be very responsive. This is also applicable to game apps. Imagine pressing a button to fire an enemy and it took about 2 seconds after firing before the app responded and by then, the enemy had gone. Players will drop the game and delete it almost immediately.
Low crash rate
Most of the successful apps have very low crash rate. A reliable report states that most users delete an app after the third crash. So, any app whose crash rate is high will not stand a chance.
Stunning graphics
Nothing attracts players to a game app more than stunning 3D-graphics coupled with great sound effects. Check out all the successful car racing, war, and other role play games. You will find out that all of them have hyper-realistic graphics.
Free of charge
There are too many free apps that it is now absurd to pay to download any app. In fact, no matter the purpose of your app, there are many free alternatives on Google Play Store. All the best mobile apps are completely free to download. Even if you have paid version, make it optional for users to download the paid version.
Offline features
It is also very important for your app to work offline. And if it can’t serve its purpose while offline, it should have some offline features. If users have to turn on their mobile data each time they want to use your app, it may not retain the users for long.
Compactness
Apps do not work on external memory but only internal memory and that is why smartphone users now have to make judicious use of their phone memory. So, when your app is too big, it may not stay on users’ phones for long before it gets kicked right out.
In conclusion, if you pick and study any of the most successful mobile apps, you will realize that it has most of the features listed above. So, if you must develop and app, it has to meet the requirements listed above to be successful.
Back