The Email Marketing Metrics That You Should Know 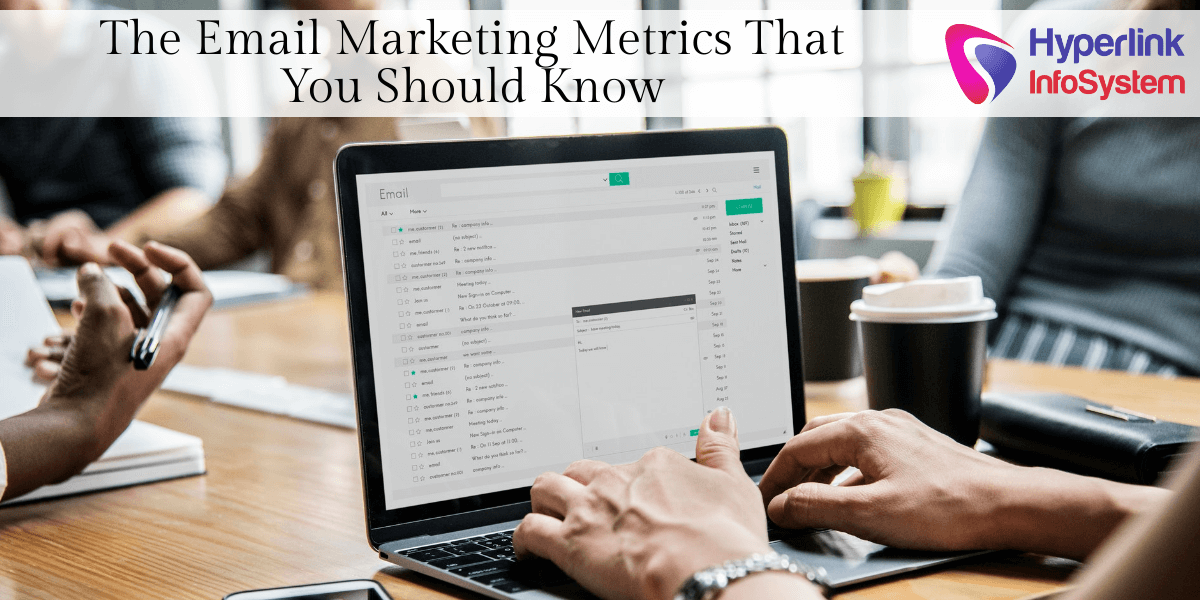 If you do email campaigns or want to launch with this type of campaign, you must have heard of a term such as "Open Rate". They are the email marketing metrics, very important to measure your shipments and something different from the usual metrics of digital marketing.
Like everything in the online world, emailing can also be measured. It can and should be. And the good thing is that the shipping platforms give you information about everything that happens with your mails once they leave: how many actually arrive, how many are open, where do people click and many more information that will let you determine if your goal is being achieved. You can meet with Indian app developers to help you with apps that will enhance your email marketing campaign.
A small step forward: email as a marketing strategy
Get in your inbox, how many emails do you receive per day? All the email you receive which include; newsletter, advertisement etc. Surely, it will be many. And there are many companies that use email marketing as part of their digital strategy.
The emailing consists in the massive sending of emails to a database. These emails can be of all types: advertising a product or service, giving information, news, offers, gifts etc and what to choose depends on the type of company that launched it and its objectives. Now, all of them must take into account one thing, and that is that if they do not measure, they are not good for shipments. Businesses that intend making use of email marketing can hire Indian app developers to help provide them with the app that will make their marketing campaign effective.
The email marketing metrics you should know:

1. Sent items versus received items
This is the first thing that catches people’s attention when doing an email marketing campaign. How can there be a difference between the emails you send and the ones your users receive? The answer is easy: the most normal thing is that your database contains false emails, or that they no longer exist or never existed.
When a mailing platform, such as Mailchimp or Mailrelay sends a message, it is able to track the emails that have actually reached their recipients. This is a VERY important metric, because it will be the one that bases all the others. The emails that have been sent but have been lost out are of no use to you. You can make use of these platforms by contacting Indian app developers.
2. Rate of openings (Open Rate)
It is the percentage of open emails. It is calculated by dividing the number of openings by the number of emails received, so you will know the ratio of emails that have been opened in your campaign.
As you will understand, opening is one of the most important email marketing metrics that you will find. If the user does not open your mail, it is useless to have sent it. This factor is influenced by many factors such as the subject you put, the recipient, who is well focused on the target audience etc. Opening an email is the first step in the recruitment and, therefore, the most important. You can increase the opening rate of your emails by meeting Indian app developers to help you with sleek apps for your email marketing.
3. Click Rate (Click Rate)
It is the percentage of clicks that each email has had, with respect to the openings. That is, from emails that have been opened, how many clicks have been recorded on them. It is calculated by dividing the number of clicks by the number of open emails.
As emails can be opened as many times as you want and click on one, two, or all links (even several times in each link), within this metric you have to make a couple of appreciations:
The only clicks: the clicks that have occurred without counting the repeated clicks in the same link.
Clicks for single openings: only counts the clicks made in a single opening of the mail (by the same user).
If you have a very high opening rate but a very low click rate, it is likely that you have been successful with the issue but not with the content. It is an indicator that what you have sent has not aroused interest in your audience. Or that you said too much and did not need to click more to go deeper.
4. Clicks map
It is a very interesting fact since it shows the percentage of clicks that each link of your mail has received. The newsletters that are sent usually have different designs, with buttons, clickable images, linked texts etc. A lot of possible clicks for the users. Clicks map helps you to see where it is most clicked on in your emails. This will help you design better each campaign you do.
Anyway, where users usually click is the first links in an email, so the less space there is between a link and the beginning of the mail, the better.
5. Unsubscribed
In each mail you send, you have the obligation to include an option to the user so that they can unsubscribe from your database. This indicator is the number of people who have decided to use that option.
It is important to know the low data rate, as it will indicate if your emails are being too insistent for your database. Imagine that you are preparing a campaign that consists of 10 emails. In the first, your unsubscribed rate will be very small. If you see that it is growing as more emails are sent, you should probably stop and rethink your strategy again!
These are the 5 most important email marketing metrics that you should know and there is much that can be measured: If you decide to launch a mailing campaign, ask for help from a professional by meeting with Indian app developers. There are many aspects that require preparation and experience. Keep in mind that your database is one of your most precious assets.
Nowadays, companies understand that email marketing campaigns are one of their most relevant channels. You have to keep in mind that email marketing must be complemented by other efforts, such as SEO, content creation, social media, etc.
Back