The Keys To Developing A Business Based On An App 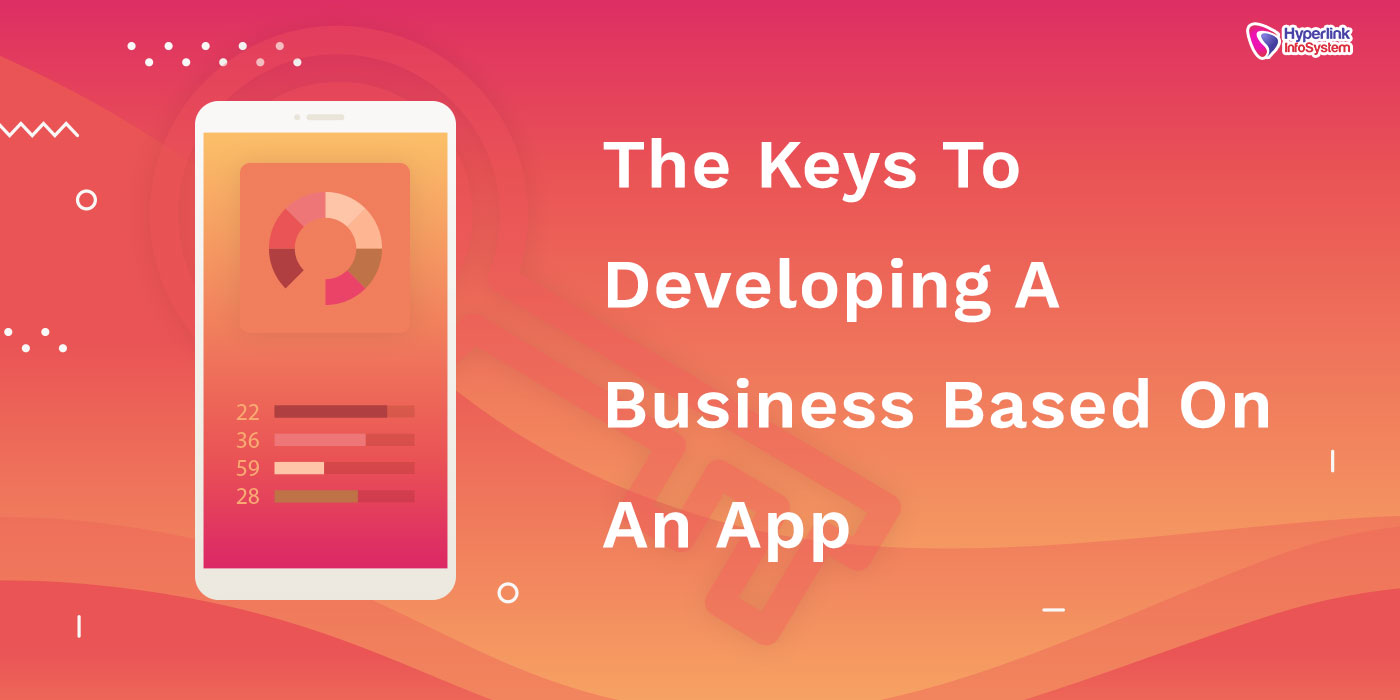 The idea is to expose in a simple and non-technical way some concepts that will be very useful when carrying out your business idea.
If you have a Smartphone, you have most likely interacted with various types of mobile applications such as games, weather apps, news, etc. And even if it seems strange, the applications have been around for a long time. Devices like the Blackberries already implemented these technologies. But, exactly what is a mobile application?
The first thing you should know before entering the wonderful world of mobile applications is that an application does not stop being a software. It is commonly thought that a mobile application and software are two different things; but ... What a surprise! They are not.
Previously, mobile applications were very basic and responded to actions of daily life such as calculators, calendars or alerts. Over time this has changed a lot; Now you can find so much variety and diversity in mobile applications as in computer programs.
What kind of mobile application I develop?
There are three main types of mobile applications, each of which is characterized by its different properties, limitations or programming process.
For example, Native Applications, those that have been developed with the software offered by each operating system. In this way, iOS, Android and Windows Phone have different software, commonly called SDK or Software Development Kits.
Native applications are designed and developed especially in each of these SDKs, whether iOS, for iPhone use; of Android, for use of mobile phones with Android technology; or Windows Phone, for mobile use with Windows technology.
On the other hand, it is very likely that you have heard the term "Web Applications", a confusing concept that we will clarify today. Web applications, commonly called "web apps" are mainly built in HTML, JavaScript and CSS languages. Unlike the native ones, this type of applications does not use an SDK or Software Development Kit. This means that, as a developer of web apps, you can program in the platform you want, regardless of the operating system in which your application will be used. This also avoids the tedious process of developing a different code for each of the platforms or operating systems.
Native Apps
In addition to the choice of the platform, in the case of iOS and Android you must also choose whether the application will be developed using the "native" language or not. Before explaining what is referred to as "native" (it has nothing to do with flora and fauna), let's see what HTML5 is.
The web is developed in a language called HTML. This evolved from unformatted pages or images to complex webs such as Gmail or Google Docs. HTML5 is the latest version of this language, which allows web pages to perform complex operations such as accessing the GPS or the camera. This resulted in people creating apps with HTML5.
With "native", this article refers to the official programming language of the platform. In the case of iOS, it is called Objective C, and in the case of Android it is Java.
Wireframes
Before writing the first line of code, it is very good practice to create "wireframes" of the app and its functionality. Many times with the wireframe you can sell a project or work with potential clients and test aspects of your business model without having spent anything.
Remember that modifying the model according to the comments of your customers will always be infinitely cheaper than modifying the real app once it has been developed!
Functionality

You have a clear platform and you have created wireframes of your app. It is important that you outline the functionalities of your application.
If your app has to register users and save their data on your server, share photos with other users, download weather information, store data in the cloud, etc. All this is functionality on the server side. Everything that requires an Internet connection is on the server side.
Data that will be obtained from the server.
Information that will be sent to the server.
What data will be stored locally on the device.
What aspects of the hardware will be used: GPS, camera, contacts?
How to hire Android app developers?
How to hire an iPhone app developer can be a daunting task, since the idea is not enough, you need to be able to create a fast Minimum Viable Product and start to test your business model with real people to keep moving forward. Luckily, there are ways to hire iPhone app developers or get top app development companies to work with you.
Find a technical partner. Basically, a partner for your business that knows how to code iOS and other programming languages, and deals with the technical issue while you see the commercial area.
Events and meetings of technological entrepreneurship. Attend and talk with strangers. Many iPhone app developers have the intention to undertake app developments but do not want to do it alone and look for a business partner.
Outsourcing. Another option is to hire someone. It can be someone local or you can also use outsourcing avenues to hire iPhone app developers or some of the top app development companies, or some others.
If you followed the steps above and have detailed wireframes and well-defined functionality you can get quotes and more accurate time estimates from top app development companies or Indian app developers who are ready to work with you on your project.
Back