Understanding The Role Of UI/UX Design In Android App Development 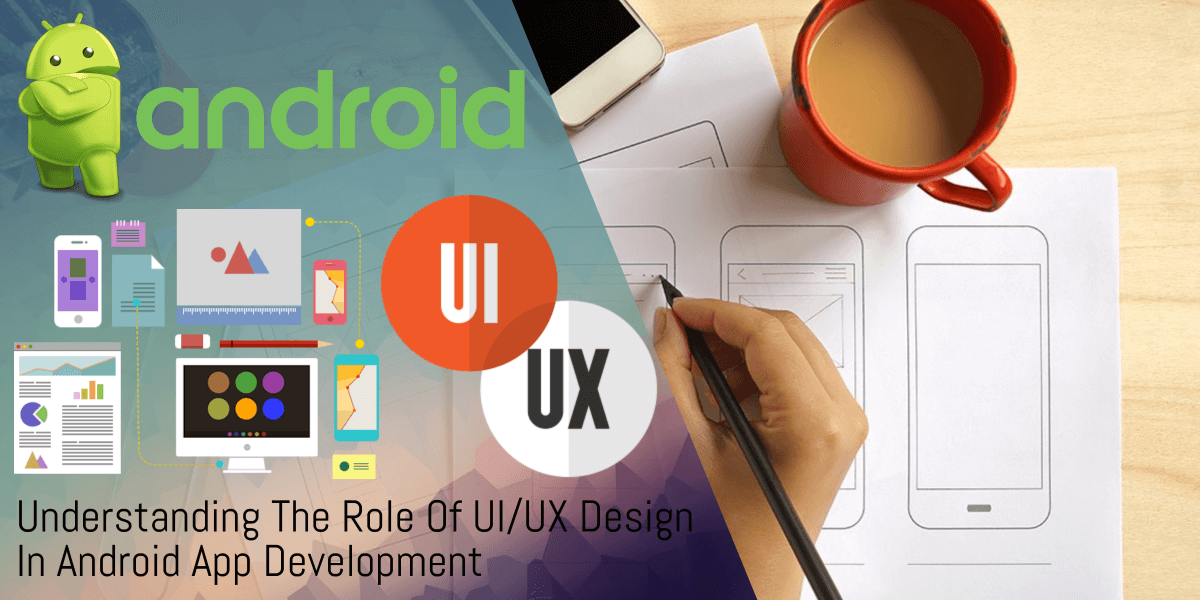 In today’s world of application development, the use of an interactive and productive User Experience (UX) and User Interface (UI) design is essential for creating stunning mobile app designs. The importance of UI/UX in mobile app development cannot be overemphasized as these features are coherently employed by most mobile app designers to create interactive mobile apps.
These days, most mobile app users prefer using apps that offer easy and quick navigation. Just so you know, app developers India seeking to attract willing end-users must consider designing their mobile applications with standard UI/UX features or risk having their apps fail woefully on the app store.
When it comes to Android app development, developers must ensure that they create highly attractive mobile apps that are very much capable of solving their purpose with less touch and interactions. Basically, these are applications that do not only feature attractive looks but also offer easy and quick app navigation.
To this end, it is imperative for Indian app developers to understand all the principles guiding UI and UX design. It is highly significant for mobile app developers, as well as app development companies to understand the importance of these features even before setting out to perform any given mobile app development task.
The importance of UI/UX design in mobile app development
As you already know, it is one thing to create a mobile app while it is another different thing entirely to develop a successful app. To achieve this, you’ll need to give your users that pleasurable experience they deserve while interacting with your app. Enhancing your Android app development process with the engaging user interface can go a long way in promoting your app’s success.
To effectively create engaging experiences, app developers need to consider employing effective UX design for Android app development. Basically, this is aimed at accomplishing business goals which are necessary for generating natural traffic, boosting revenue, enhancing brand reputation and creating a reputable brand image.
There is no better time for app developers in India to take Android application development seriously than now. The key reason is that Android devices are largely dominating the smartphone market and as a result, there is an increasing need for Android-enabled mobile apps.
Needless to say, there are many apps on the Android Play Store that lack a modicum of User Experience (UX) design. This is fair because Android in itself has been quite lenient about the need for developers to create apps with great design. But with the recent release of the meaningful, effective, and gorgeous Material Design, it is important for Indian app developers to note that apps created with less-attractive UX/UI design generally don’t turn out to be successful.
To this end, app developers and designers alike are expected to make use of every available resource to become better Android app designers. Now that there seems to be a meaningful shift toward a greater emphasis on design, understanding the role of UI/UX design in Android app development can go a long way in helping you create successful mobile apps.
Here are some important factors to consider when employing UI/UX features.

App navigation design
An app can be said to be structurally flawed when users are faced with multiple navigational problems while interacting with it. The easiest way by which users can have direct contact with an app’s architecture is through its navigation design. To create an app that makes sense, Indian app developers need to ensure that their app features a solid navigation design.
Before you can create an app with good Android UX design, you must ensure that the design attributes employed to function in accordance with the navigation patterns of the OS. When it comes to creating engaging experiences, it is important to understand the essentiality of creating an effective UX design.
To this effect, it becomes imperative to maintain a good level of consistency across the device with the use of relevant UI patterns. Usually, Indian app developers are recommended to make use of favorable navigation elements such as tabs, icons, hamburger menu, and navigation drawer.
The Floating Action Button (FAB)
Since the introduction of FAB in mobile apps, there have been quite a lot of discussions about their usage in the Android community. Typically located around the bottom right-hand corner of the screen, these attractive circular buttons are often used to represent the single action most users regularly perform on their mobile.
Most Android applications that went Material are widely recognized by this feature. As indicated by Google, most app developers India would employ them to reflect a promoted action. They are usually identified by their bold shadows and colors.
Just so you know, these elements are too beneficial for Indian app developers to ignore. The action which they represent is indeed important for making apps stand out. But before employing this feature, it is important to critically understand your users’ need. It is particularly favorable for those looking to gain a simple and quick access point to a relevant action.
Conclusion
Obviously, it’s about time that app developers India consider taking UI/UX design seriously, given the proliferation of Android devices across the globe. Along with the expertise of veteran UI/UX designers, Android app development companies can also be part of this trend by developing high-end mobile applications aimed at meeting users’ needs while also providing them with that seamless pleasurable experience they deserve.
First and foremost, you must try as much as possible to fully comprehend the importance of UI/UX in mobile application development to able to achieve this. Apart from helping to accomplish users’ expectation, incorporating and a well-organized UI/UX design into your mobile app development project can go a long way in boosting sales and establishing more loyal customers.
The best way mobile app designers can effectively please and attract their target audience is by taking the time to comprehend their business goals and understand needs of their users. This can help to establish that qualitative experience needed to motivate customers to use the app while also helping you to achieve the desired profitable gain.
Back