Why Kotlin Is Said To Be A Popular Language Among The Android Developers? 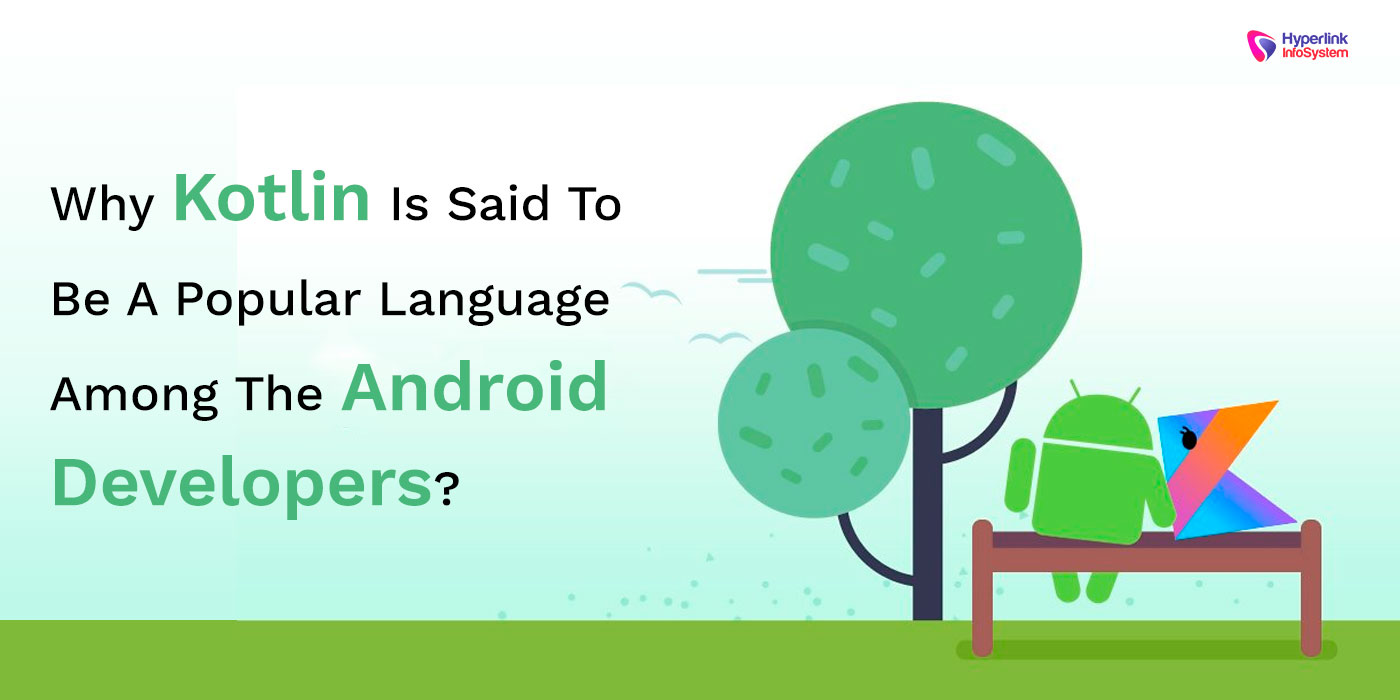 Kotlin language is a cross-platform, designed to interoperate fully with the programming language called Java. It has been popular due to Google’s influence. It is one of the fastest-growing languages after Swift. If you know Java, then it is easy to adopt Kotlin. It is developed by a company called JetBrains. The JVM version of its library depends upon the Java class library. It is a great language for the Android developers to use with less maintainable, concise and error-free. It is also much safer than Java. The IDE plugin works smoothly and allows many features than Java. Considering the apps, speed is a major factor to be considered.
The lazy loading feature offers the Android app development to minimize the startup time for the app. It uses various techniques to minimize the lone of code. Kotlin works under the advanced compiler that can check errors simultaneously at both compile-time and runtime. Kotlin can create a great impact on functions as it consists of more optional parameters. Thus I have mentioned the top reasons for the Kotlin to be used for android app development.
1. Open-source
It is an open source-based statically typed language. It reduces the time with converting existing Java code in a single-click tool. It is not easy to learn if you are a beginner for programming. It structures the android than Java. It is more applicable to the app developers who works efficiently with the Programming language such as Java.
2. Efficiency
The language is built for the developer with a low learning curve. It helps the programmer to utilize lesser time and less line of code in an application. To learn and code, Kotlin does it better than java. It can help to create an android application with more efficiency than the Java programming language.
3. Kotlin imposes no runtime overhead

Kotlin library doesn’t have garbage. It mostly enhances the Java library with the extension. Most of the functions of Kotlin are in-line. It is built to maintain android development than Java.
4. Extension functions
Without disturbing the source code, you can add methods to the classes’ per user basis. Making changes in the source code creates extension function to be a burden for the programmers, thus it is more useful to handle the Kotlin for extension function.
5. Defaulted parameters
The parameters in Kotlin are user-friendly when you pass the arguments by name, not by the index. This can create a great impact on functions that has more optional parameters.
6. Kotlin compiles to JVM bytecode or JS
It can able to compile JVM bytecode or JavaScript, Java, and JS developers. This is one of the important features of Kotlin made the programmers learn it. It is more favorable to the developer who uses for the garbage collected runtime.
7. Null Safety in Kotlin
It aims to eliminate the null reference from the code. Kotlin does not compile the code that assigns to be null. This is considering as an important feature of Kotlin.
This feature is really valuable for the developers than the Java program because while handling the Java programming language NullPointerException takes place lots of times and certain elements used to test the software quality will decrease the development speed and efficiency. It is also complicated while using in the run-time of the application.
When compiling the code the developers will more willing to avoid this function. Thus Java doesn’t give information on the null-safety but the Kotlin feature can give you many benefits. It only features at the initial level. The values can assign to be a null factor where the compiler provides the null safety which reduced the risk of run-time in means of Null Point Exceptions for the developers.
8. Data Classes in Kotlin

Scope and class is a required option in a programming language. As compare to Kotlin Java has many sections of codes in a class than Kotlin. Kotlin app developers can handle the code in a simple manner.
It is said to be one of the best features of the Kotlin language.
9. Kotlin wants you to write less code
The code of this Kotlin programming language is easier than the Java programming language. This increases the time to be consumed by the developers to program when it comes to Java.
To consider the apps, speed is a major factor to be considered. The lazy loading feature offers the android app development to minimize the startup time for the app. It speeds up initial content faster to reduce startup time and priories the page elements according to their functions. You can keep the primary features in the main memory to load faster and maintaining the secondary resources in secondary memories.
10. Full Java Interoperability
The best feature of Kotlin programming language is the ability to exchange the software information of Java. This feature made most of the Java developers to attract towards the Kotlin. It operates under the JVM and uses Java libraries and tools. To use backward compatibility, Java versions 6 and 7 must use.
Coda Words
Kotlin is one of the finest programming languages, built for the programmers who want to use the lesser line of code than Java. It is widely used by android developers due to its open-source feature. And it also offers the values that assigned to be a null factor where the compiler provides the null safety that reduces the risk of run-time in means Null Point Exceptions for the developers. It can handle the code in a simple manner.
The ability to exchange the software information of Java is one of the plus points of Kotlin. It supports the Java library with the extension. You can add methods to the classes’ per user basis without disturbing the source code. The efficiency of the Kotlin app development is much far better the Java. It is said to be one of the popular languages after Swift. I hope the above content might give you the importance of Kotlin as the programming language for android development.
Back