Why Learn Ruby On Rails? 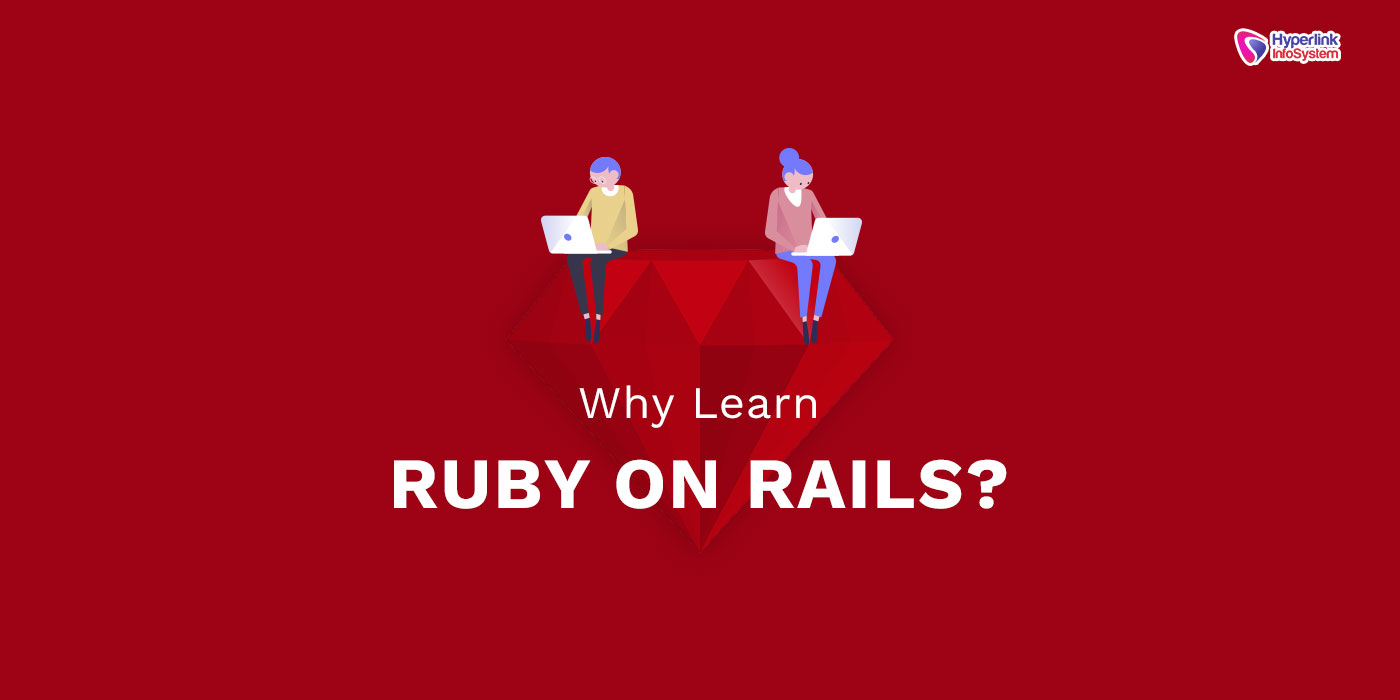 However, today, Ruby on Rails seems to be "detached" from the lot and is starting to be more and more adopted by developers and top app development companies who are seduced by its flexibility and ease of access. Everything seems to have been designed to save developers time and optimize productivity.
Find out what its particularities are and how to get started learning Ruby on Rails.
Why You Should learn Ruby on Rails?

1. RoR is designed to make your life easier. Its philosophy is based on Do not Repeat Yourself (DRY) and the Convention on Configuration. The goal is not to repeat code again and again unnecessarily or worry about every little detail through endless configuration files.
2. It allows you to code what is specific to your app, leaving other trivial things and configuration aspects in the hands of the framework itself. Ruby provides you with a workflow to perfectly structure your code.
3. You have at your disposal a very active community committed to the quality of the code, in addition to very good documentation.
4. RoR is the best option if you want to create REST applications or services quickly and with much less effort than with other frameworks or technologies. It is one of the most complete and practical languages for developing Web applications.
5. It is one of the 10 languages most demanded by top development companies and is one of the 20 most popular languages worldwide.
What is Ruby on Rails?
Ruby on Rails (also called "RoR") is an open source (i.e. free) framework and, as the name suggests, is written in Ruby language. Its structure makes it possible to develop web applications quickly and intuitively. It is a framework that is very used by startups because it allows to quickly develop websites and mobile applications while respecting good usage practices.
Many sites and high traffic web applications are also developed thanks to Ruby on Rails, among others: Twitter, Airbnb or SlideShare. RoR indeed presents a range of strengths and responds quite well to all the criteria for defining a 'good' framework, whether in productivity, deployment, cost or community
The benefits of Ruby on Rails

Ruby: a flexible and easy-to-use programming language
One of the main advantages of Ruby on Rails is indeed the Ruby language.
Particularly recognized for its flexibility, the Ruby language makes it possible to optimize the productivity of a project by considerably reducing its development time. Simple to access, Ruby, differs from other programming languages in offering a different approach to development.
The idea is to facilitate as much as possible the development of applications with a quick language to take in hand without limiting the possibilities. The development framework is extremely clean, with only three main tools: a terminal, a text editor and a browser, which prevents any loading time and loss of time.
Ruby on Rails: a flexible and easy-to-access framework
Among its main features, the RoR framework presents the one based on the principle Convention over Configuration (which literally translates as "convention before configuration"). In summary, this computing principle is to reduce the number of decisions that must be made by the developer so that he can focus on the tasks that have a real added value. When conceived on a CoC principle, a framework will propose default behaviors for most of its functionalities, on which the developer will not need to intervene. It is said that the latter focuses only on unconventional aspects of the application.
But the benefits of Ruby on Rails do not stop there and are available to developers at different levels,
- The development of applications being faster thanks to the framework, the first functionalities are quickly put in place and visible
- The websites or mobile applications developed by top app development companies with RoR are innovative and powerful because the addition of new features is particularly simple and the JavaScript and CSS files compressed which allows the sites to be faster
- The development allows being more creative thanks to the principle of default behaviors that allows developers and top app development companies to focus more on the added value of the project: adding new features, interactivity, interfaces, etc.
- Learning and collaboration are greatly facilitated through the Ruby on Rails community. An open source module, RoR has had the support of top app development companies along with thousands of developers since its creation more than a decade ago. This community is based on the values of openness and sharing.
How to learn Ruby on Rails?
Convinced by the various benefits that have been mentioned above, many developers want to embark on the learning of Ruby language and, more generally, in the use of the Ruby on Rails framework.
There are several ways to train in learning the Ruby programming language or in the use of its framework. The choice will be mainly oriented by the duration of the training, more or less long depending on the medium. However, whatever medium is chosen, it is essential to first acquire a solid knowledge base.
The learning of Ruby on Rails can be done via the following types of training:
- Face-to-face training in accredited training centers to design and deploy web applications
- Online training, available in video or text
- Tutorials free access (although sometimes paid) in video format for those who prefer to be able to train in complete autonomy
- Specialized books that take the fundamentals and explain the concepts
The ideal is, of course, to be confronted with real concrete cases, trying for example to develop its own application and thus acquire skills in parallel.
History of the framework and the programming language
The Ruby programming language is not new since the date was invented in 1990 by Yukihiro Matsumoto, a computer Japanese commonly nicknamed "Matz". Since then, it has continued to evolve, with the latter sometimes succeeding from one year to the next.
With the development of the Ruby on Rails framework in 2005 (the date of the first so-called "stable" version) by David Heinemeier Hansson, Ruby has become very popular in the world of programming.
RoR marked a turning point in the mobile app and web development industry, so much so that many other frameworks are largely inspired, like Symfony for example.
Back