Why The ASO Technique Is Important For App Development Companies? 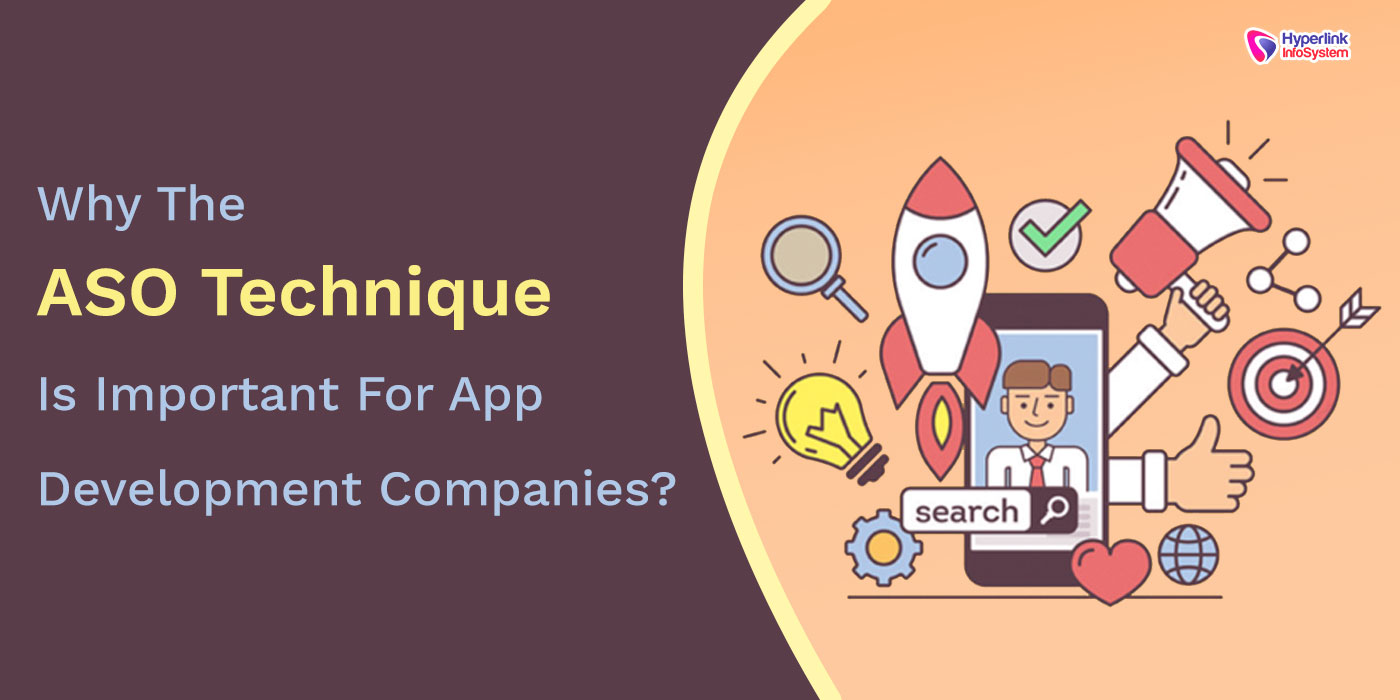 Internet users are growing each year. This majority of internet users are from mobile devices. As per statista there 2.6 million Android apps in the Google Play store and it is the most widely used OS in the market due to its user-friendly and less expensive compared to IOS mobile. Thus considering IOS, the users are very loyal to their brand and it more expensive too due to its design and function. The Apple paly store has nearly 3 billion smartphone users worldwide. These two counts give you an outline that the usage of the app is increasing day by day.
These numbers are huge when considering the usage of apps. It clearly shows the demand for app developers is rising and also denotes especially for the app developers about their competition among the apps which has to be rank high among others. It is an important work for the developers to maintain or create their brand for their users via apps. The only direct way to approach the user of your app is by app respective app store. To attain the quality for telecasting your app through the app store is s kind of strategy to be built strongly for gaining the users. Thus to develop the skill there is a method called App Store Optimization to increase the visibility of your app in the play store under certain conditions, which increase the rate of downloading your apps.
What is App Store Optimization?
You might hear about the term SEO is also abbreviated as Search Engine Optimization. This technique is to place the website to get rank and index to top of pages of the search engines by a certain process. When it comes to website ranking, the process is said to be SEO and when it comes to Mobile app ranking, it is termed as App Store Optimization.
The same technique as SEO must be followed for ranking the app in the play store. Both SEO and ASO are depending upon an algorithm. It addresses your app to be getting visible by the users. Hence you have to follow the guideline based on ranking factor for your app. To maintain prevention about the cause of the ASO technique with an unknown strategy, I have listed down the exact route to follow the path for maintaining the ASO for developers.
1. Start with a Descriptive Title

Starting from headline to the description part is very important in content.  Even if you are looking for a product in an e-commerce company you prefer to identify with its headline. It must work as a call to action, and then you may go through the description part for gathering the details of the products that you look for. It must match your requirements. If it matches your requirements then you might take action after a part of the review that we’ll talk later.
The same history has to maintain the app in the app store. The title plays an important role in index your app. It must be well analyzed with the highly searchable keyword. Each text in the title is important for indexing. After setting the title, plan to concentrate on describing the part. Your explanation matters a lot from the users, as it must contain the exact feature of your app. Please don’t give some fake features. It will reduce your ranking and trust from your user.
- The Apple App Store
The title limitation for your app in the apple play store is 255 characters. You have to collect the important resource that supports your keyword strength. The title will help you in the sense of branding. It can increase ranking. Thus make use of techniques that is related to your app for creating a title. It must be rich with the searchers. When the keyword shines up with the title, then the algorithm automatically ranks your app.
- The Google Play Store
Considering the Google play store, you have to be more concise regarding the title because the character limit is 30. You can also work for the description part as a keyword due to the limitation of characters in android.
2. Visual Quality
The user is getting more attracted to the visual part of the app. If you have seen in the app store, there are few ways to describe your apps such as a short glimpse of video, screenshots, and images. When we talk about the user experience, we’ll consider the colorful part as a brand to attract us. Well, the same kind of thinking will go to your app user’s mind. It is a requirement and necessary to create attention by your visual image of the app. Visual quality must be very clear so that the ASO can rank and boost up the loading speed of your app. Create a slider part of your app’s working process. It must allow the user to create interest in your app.
3. The review is a considerable part

As I mentioned previously about the review apart above, we will be seen in this passage. You, I and everyone listen to other’s opinions to get a service or product. If you see in the e-commerce part, the products depend upon the review section than the other parts. This is a psychology of human thinking. We always want others to an opinion on anything. This psychology follows up to the app store. Reviews are an important landmark for many users. It ensures the skills of your app. Thus it is important to maintain the quality of the app as you mentioned in the description. And try response to the questions raised to your app in the play store and encourage positive reviews. It will increase your availability and trust in your app.
Conclusion
To analyze the ASO, there are many tools. Make use of it for the prediction. The developer must be responsible for the quality of apps and creating awareness of your app. Focus on the rankings regularly and try to interact with your app user. I hope the above method might help you to consider your app by the user in the play store.
Back