How Mobile App Development Companies Are Revolutionizing The App World 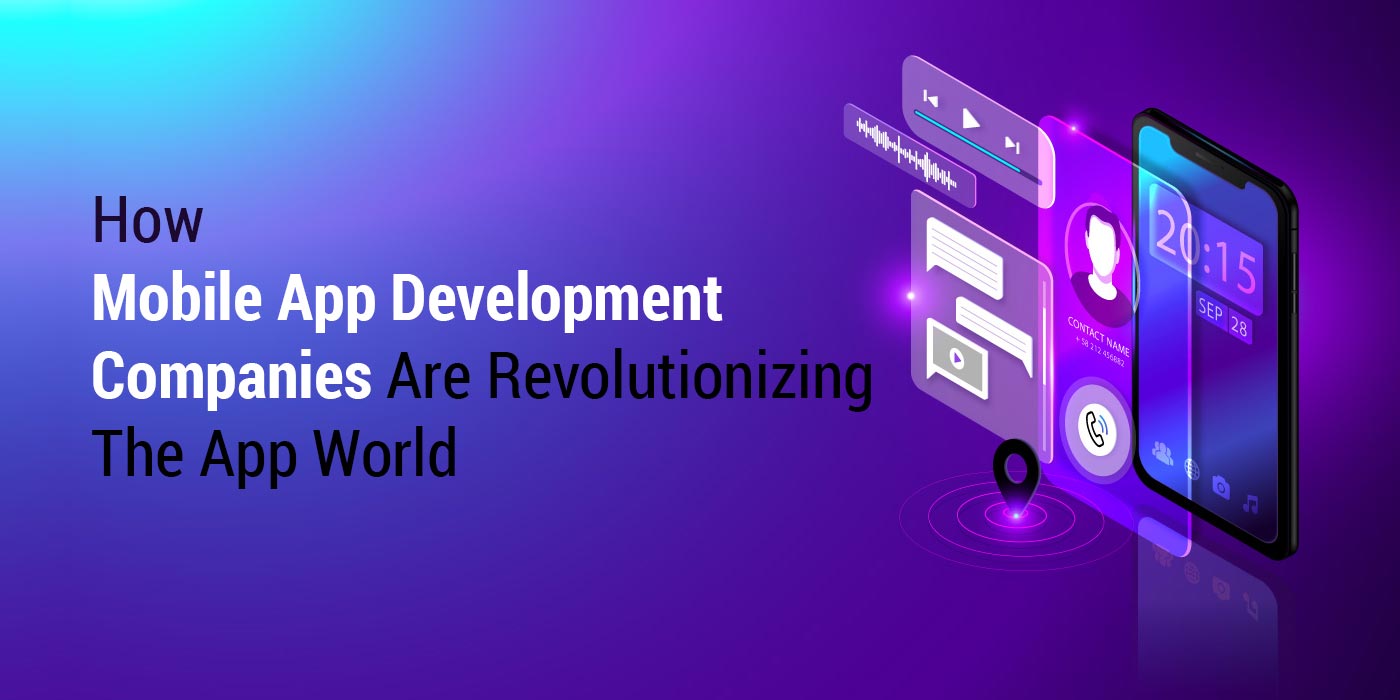 Despite being an emerging industry, it is evident that the mobile app development sector is ready to bring about far-reaching innovations with new possibilities in the near future. As a matter of fact, mobile apps have already evolved from being just a mere shopping and social networking tool to becoming an extension of human life. These days, it is hard to find just one person in this modern society whose lifestyle quality has not been affected (whether directly or indirectly) by the technology of mobile applications.
Today, many top app development companies are working assiduously to enhance the way people perform various tasks such as check emails, watch videos, catch up on trending news, communicate across multiple platforms, use the clock, work with alarms, listen to music, and lots more. Come to look at it, people are always connected to their mobile devices through one means or the other while awake.
Even the corporate world is not left out on these improvements. As more and more business owners demand an app for their businesses, certain corporate apps such as project management tools, time management software, etc. have been on the increase. No doubt, it is right to say that these mobile app development companies and developers too have succeeded to integrate them into the realm of mobile app development.
Just recently, the mobile app industry has experienced an overwhelming evolution due to the emergence of some new innovations such as the Internet of Things (IoT) and Artificial Intelligence. These technologies have not only brought about a positive change in the sector but have also led to the establishment of a billion-dollar industry generating huge revenues for both small and big businesses. As a result, it is becoming quite a big challenge for mobile app development companies to stay unique and relevant in today’s competitive mobile app marketplace.
In a bid to remain relevant and flow with the tide, many app developers and development agencies are upping the ante to build and launch relevant mobile apps aimed at boosting business operations, enhancing productivity, and improving the lifestyle quality of every individual that interacts with them. So, in what other ways are mobile app development companies revolutionizing the app world? Here are some important emerging app development trends that are gradually ruling the space.
Adopting blockchain

The introduction of blockchain technology has helped to shed more light on the importance of mobile app development, particularly in the banking and e-commerce sector. Today, it is very common to find many mobile app development companies and developers delving into the development of secured app solutions for financial industries. Basically, they are making use of an open, electronic ledger that can be consistently updated and distributed within the internet community. Thanks to the increasing popularity of cryptocurrencies like bitcoin, developers can now create apps that can reflect the public records of every transaction made within the blockchain.
Developing cross-platform and cross-device apps
In recent times, mobile app development companies have been seeking to achieve a high level of versatility by developing mobile applications enhanced by binary-compatible files. Basically, this implies that there will be no need for data conversion while mobile application users switch from one OS platform to another. It is important for app developers to understand the principles guiding cross-platform development so as to enable them build highly efficient apps that can run on any mobile platform of the users’ choice.
Seamlessly integrating Internet of Things (IoT)
Currently, smart homes are already being revolutionized by the singular inter-networking of smart devices. These devices are often integrated with actuators, network connectivity, apps, sensors, and other electronic devices. It is interesting to know that several mobile app development companies are pioneering this revolution by promoting data sharing and enhancing communication from complex backend infrastructures and mobile platforms.
In a bid to enable mobile applications to effectively perform automation, surveillance, and other operations remotely, many app developers and development agencies are beginning to build apps that are capable of interacting with a system of devices connected to the cloud. Basically, these experts are trying out various means through which apps developed can seamlessly interact with connected cameras and smart appliances within a specific environment.
Obsessed with mobile cloud apps
In recent years, cloud computing has risen to earn its buzzword status. When an app is designed to be accessed by different types of computing devices over the internet, such an app can be referred to as “cloud driven software.” Interestingly, mobile app development companies no longer have to go through the stress of developing several versions of their app anymore. With Mobile Cloud Applications, users of Windows, Android, and iOS users can access a single version of an app via an internet browser on their device. There are speculations that these apps will be in high demand in years to come thereby enabling developers to integrate loosely coupled cloud services into their APIs. Besides, this will go a long way in helping to minimize data loss as mobile devices will be enabled to access data from the cloud.
Availability of wearable apps

Generally, it is believed that in the coming years there will be a diversified market for wearable apps just as they begin to grow. Due to the increasing demand from the market for sports and fitness based applications, many app developers are focusing their attention on developing wearable apps, which in turn, is leading to greater availability of cost-effective fitness apps. As a result, the market is now saturated with a wide range of wearable devices, including smart gloves, wristbands to improve sleep quality, smart watches, smart sneakers, and lots more.
Adopting Artificial Intelligence (AI)
Along with machine learning, cognitive interfaces, and advanced analytics, app developers are enabling users to gain rich insights via Artificial Intelligence (AI). Interestingly, this tech is already proving to be highly effective in the mobile app world, thanks to the mobile app development.
Back