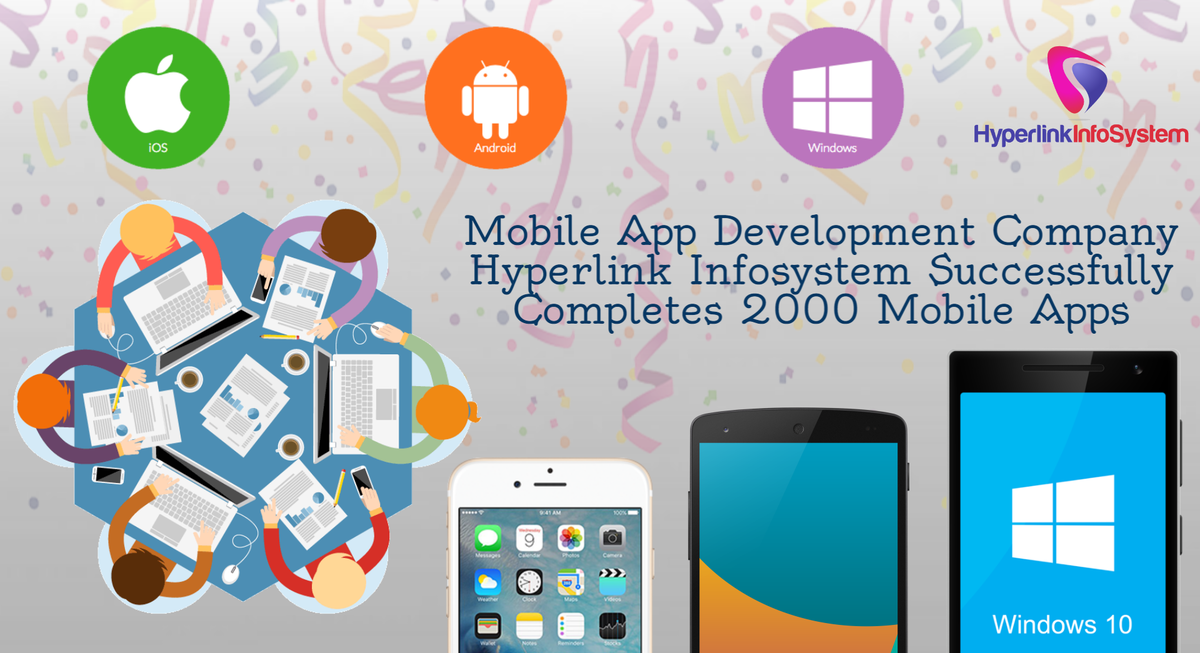 NEW YORK­­, October 12, 2016 A decennium ago, businesses and companies were demanded to have a physical office space, and an online appearance was considered a bonus. After the Internet and e­commerce shifted mainstream in India, the role was changed – strong web appearance was considered the norm and physical office spaces took on a secondary, optional role. Now time has changed again instantly. Clients now consider mobile apps to be the ‘litmus test’ of a company’s validity.

On this, CEO of Hyperlink Infosystem Mr. Harnil Oza said, “It is a mixed feeling of proud and satisfaction to complete 2000 successful applications on several platforms. On this proud moment of the completion of 2000 applications and growing from 1 man army to 100 people company. I want to appreciate every employee's hard work. Seeing the growth of the company, I can say that we are going to capture the app market soon and try to make a huge difference in this competition.”

From the beginning, Hyperlink Infosystem as an app developer had made only one simple application in Android and iOS, and then gradually building an app 100, 200, 300 and now the figure has reached 2000 on each platform ­ Android, IOS and Windows ­ for different fields like on­demand, dating, taxi, beauty, educational, etc. Obviously, it doesn't ever stopÍ¾ stats will increase more and more.

Hyperlink Infosystem is a leading Top App developer in India, giving best mobility solutions across the globe. Its team has great experience in iOS, Android, and Windows platforms and works with really disruptive startups as their technology partners. They protectively respond in time and never disappointed their clients on the communication level.