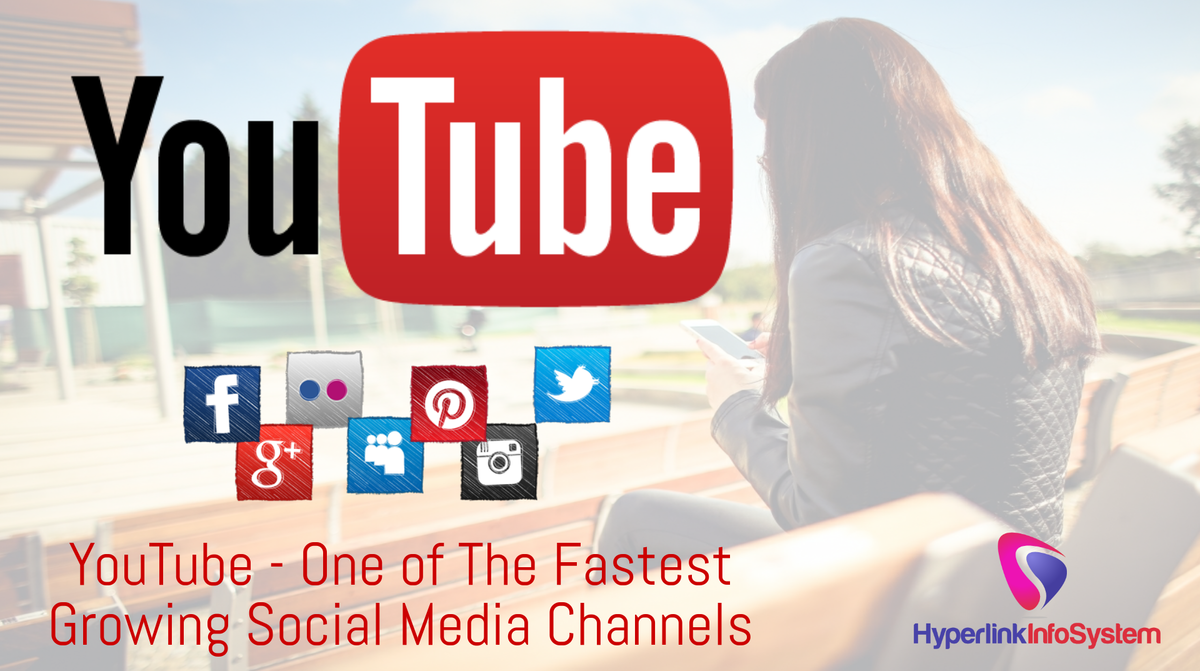 At Hyperlink Infosystem, we conducted survey with 1000 people globally and outcome with the unanticipated result that YouTube is the fastest growing social media channel that pulled Facebook from the dominant position and give users amazing experience.

INDIA, AHMEDABAD SEPTEMBER 14, 2016 - Today in the era of Internet where technology is at the highest peak of innovations, leveraging consumers with incredible and astounding experience. With more than a billion users making use of technology in some or the other way, it has influenced the majority of the realms and industries like Logistic, Entertainment, Health-care & much more. Amongst these, social media is the highly influenced domain. Whether you are talking about Facebook, Twitter, Instagram or YouTube - Social media is the ground that drive maximum user-base to make most of their smartphone usage. Keeping into consideration increasing technology trends amongst users, the marketing team at Hyperlink Infosystem determined to run a campaign with 1000 people globally to designate the most popular social media platform amongst the users. The survey outcome in most unanticipated answer - “YouTube” is the clear winner that holds the crown of fastest growing social media channel amongst users globally. According to the latest facts and figures, approximately 300 hours of videos are uploaded each minute along with nearly 5 billion YouTube views every single day.

The survey campaign was aforethought by marketing team of Hyperlink Infosystem that includes various questionnaires, contests, various video rankings. The details insight us with the information that gaming is the dominant browsed category amongst all the domains followed by kids content and music. YouTube gaming channel is the most attracted traction amongst users and especially teenagers that leverage untapped opportunities for marketing brands to extend their business. Kids content is the second most browsed channel educating huge number of childrens globally. Music is the third most browsed channel by all age-group of people, adding more revenue to the entertainment domain.

On this occasion, CEO of Hyperlink Infosystem Mr. Harnil Oza says: “YouTube is one of the fastest growing channels in social media and is expected to reap a huge amount of revenues through its innovative ways in near future. The survey conducted by us includes our team members extensive research to come out with some genuine facts about the social media platforms around the world.”

As the emerging technology and changing consumer behavior are driving the wheels of YouTube, let's watch out till what extent it drives the future of social media industry!