Android Wear VS Apple Watch: Trending to begin as a "Killer" element for Your Wrist!!! 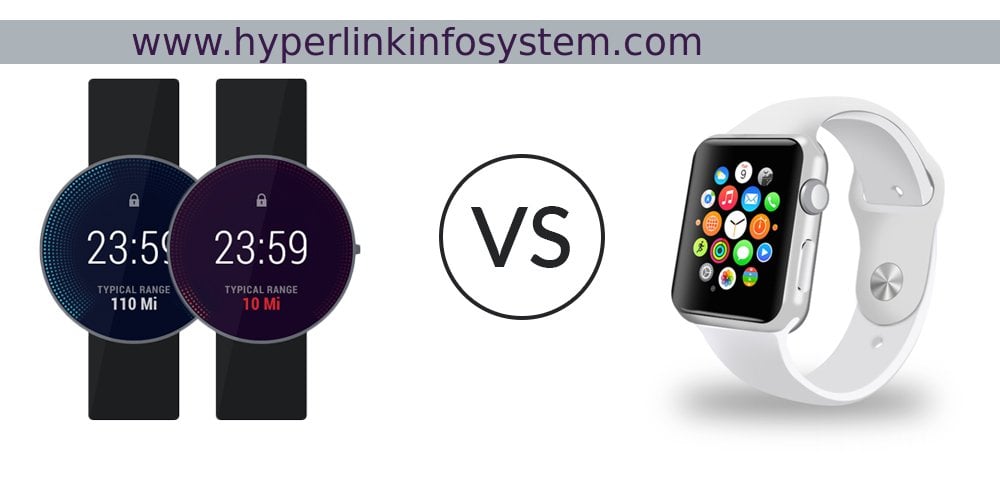 Technology has actually reached our hands now; wearable technology is quickly beginning to be placed at the latest big thing in the market.

We have seen health trackers growing high and gaining a lot of demand, following other accessories and starting place for smart jewellery though the large brands are all watching upon this technical trend.

Smartwatches are more becoming the hottest trend all over the globe though they are absolutely becoming fashionable and smart options amongst the young and trying tech lovers.

These watches carry most of the stuff that your smartphone is able of doing, irrespective of which brand you really use.

Aside from the names, you take, such as Samsung, Sony, Motorola, and LG every are Android-based products being sold through at the moment Apple is getting them all with its Apple Watch.

Smartwatches are recognised as the most glorified technology of the year. While the Google’s Android Wear has been around for a year already on the other hand Apple Watch is a story entrant in the market.

So, here the issue appears which one of the two, Android and Apple wrist watch would attach a glow to your wrist? The two are various products and so are their characteristics, powers, and perspective, while the roles of both remain related.

Let's Discuss about the functionality, these smartwatches function with two essential points in mind though essentially informing the user and following the actions.

Both Apple and Android watches works these functions very well.

But if we speak about the number of notifications then Apple surely gives the highest from the two because they all are third party applications.

However, on the other hand, Android gives strong texts,calendar and emails options.

Once you buy and try to use these all watches in the initial go, there are risks of becoming lost in the eternal choices they give.

However, most of the people are see tapping, swiping and toggling by the different choices as and when they get usual to these watches.

Apple Watch is like an infinite learning session, the more you will use it, there would be a much more to explore through.

One you start using it, you would constantly start falling in love with its ability and capacity. It is undeniably excellent, smoothing and uniform.

There are many who maintain about the magnificent technology of the Apple wear. However if you talk about the layout of the watch, it actually gets eyeballs.

We really are a small unsure about the Apple’s big square design that might look much like a weight on your wrist. Though the style is a really individual choice, people have different feelings and might like any of the two because of their different reasons.

At the end of the day, it is surely about performance over the show that is a must feature to talk about.

No matter what, this is an appearance we have to understand, till we are given an option! Apple clients always go to the premium level in the business, even if you opt for the lowest Apple watch in the market.

The prices are obviously more in terms of the normal budget anyone chooses to purchase a proper device, but still again if you are the no stakes for luxury kinds, then why not! Android watches are more appealing, both to your eyes as well as your pocket.

cost is one aspect in which the difference between Apple and Android is very transparent clear, so the decision is entire on you, whether you take from the high-end premium elements given by Apple or the big name applications in the android products.

As we have already explained the option would be only dependent on you, your budget and mostly over the Smartphone you use.

There is no uncertainty about the Android watch working fine with the iPhones though the Apple is simply going to join with your iPhone, certainly.

Hence, to count it all, there is no specific answer for this comparison, simply get the one you love the most and the thing that suits your preference as well as your budget. Keep a track on the areas,get published all the time, really.

Get the best iPhone app development answer and knowledge from one of the top app development companies like Hyperlink Infosystem and much more above all, all of this just on your smart watch. Contact us now.