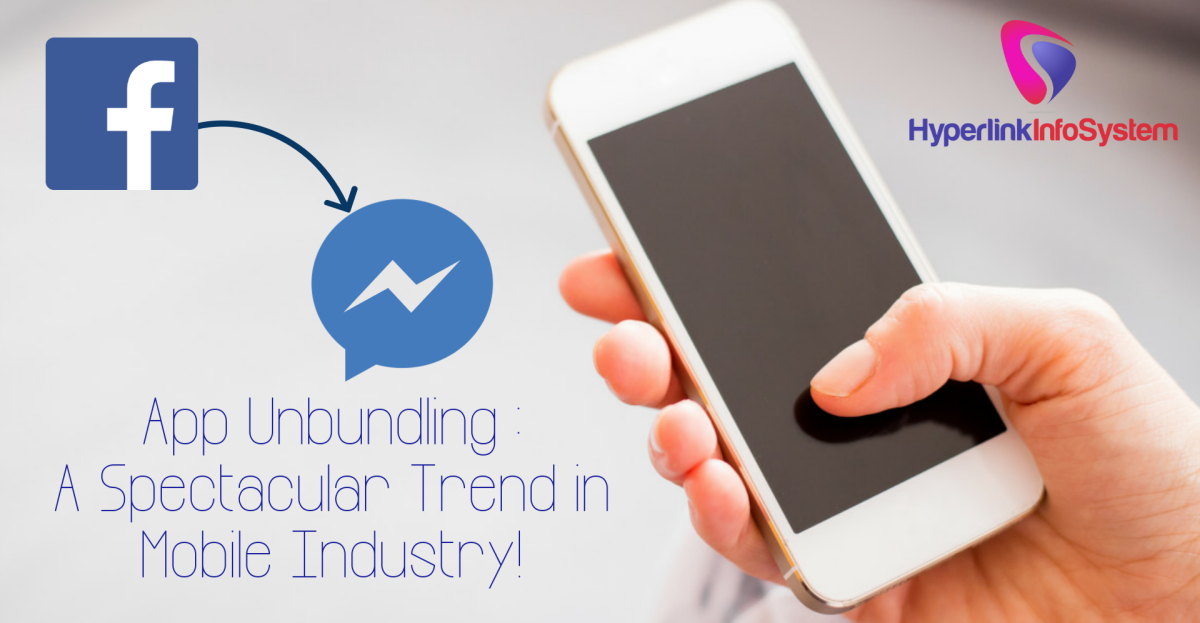 There are approximately 3 million+ applications combining all app store and more than 30+ application installed on a smartphone of the average user. Still, we have that question in our mind: Do we need more apps or we want more from every application? Applications have become a necessity to carry out our daily chores smoothly and serene. Apps are the core part in mobile industry, but an app will either cost us or will consume huge timeframe to learn and use it. There are still many articles that questions, the need to develop another messaging/dating/traveling app though, they still continue to leverage the value-added services. What people want today is a personalized application that renders their demanded services, and this is where the concept of unbundling came into the picture. It's an ongoing trend that breaks down and unbundle the technology into smaller chunks though it is product, service or a part of the content.

There are only two practices that will lend you money: Bundling/Unbundling. Just a few years ago, biggest mobile giants are unbundling their products.

Very recently, Google has developed its “Drive” app and has split it into 3 standalone apps: Slides, Sheet, and Docs. Facebook is done with its app and has launched its standalone app “Messenger” to provide the user with a better experience. Foursquare - A local search & discovery app has crushed its app into Swarm and Foresquare. A strategy that all these technology giants followed is simple: breaking down or uncoupling of its product or services is called unbundling. In the case of techno giants like Facebook, Google, and Foursquare, their agenda was to unbundle all these applications to streamline the app experience and solely focus on users demand and need.

Sneak Peak Inside App Bundling – What's inside the box?

Development of single function application will allow developers to meet increasing user demands. Though, for startups, this trend is quite common. Apple has launched its two standalone application: Phone and contact by unbundling its dialer app - Leveraging more real-time better user experience. This trend has been adopted by various app development company and it has resulted in the launch of apps like Videos, Face times, podcast etc. Third-party app developers earned the highest advantage of the trend and have launched a couple of smaller apps and services. Example: Google, Facebook etc that have started unbundling their apps.

Touchstones that contributes for App Unbundling

If some particular app feature is attracted by a definite set of audience, let's say that Photo editing feature of collage making an app is giving “wow” effect and catching the attention of teenage group then, it is recommendable that you isolate that feature and turn it into an amazing standalone application.

Knowing that app development is a brainstorming job for developers, unbundling the application will provide developers a sign of relief by simply focusing on the particular set of feature. But, they cannot simply consider any app feature and convert it into a standalone app, don't you agree? According to the concept, only those features that have gained highest traction of the modern users should be isolated and converted into the independent mobile application. Make sure that further enhancement should be made into them.

If in case, your user has more engagement with your particular app feature and if you would like to enhance that feature then just unbundle it. Instead of making changes in that bundled version which may affect the entire app rather make a standalone app for it.

An application that comes bundled with extra features consists of heavy code lines. But, making your app heavy with the bunch of code lines is of no use because there are features that are not launched at all. So, the focus should be kept on some popular features to improve and convert them into the standalone application.

Today's app economy is focused towards the unbundling concept. Currently, only the top-notch company are turning towards such approach. But the day is not far when small and mid-sized app development companies will catch the trend. So, if you too want to highlight your brand name in the top-list than focus on launching single-purpose applications. For further queries contact us!