Apple Releases iOS 10 and macOS sierra Beta Version: What to expect from this fall? 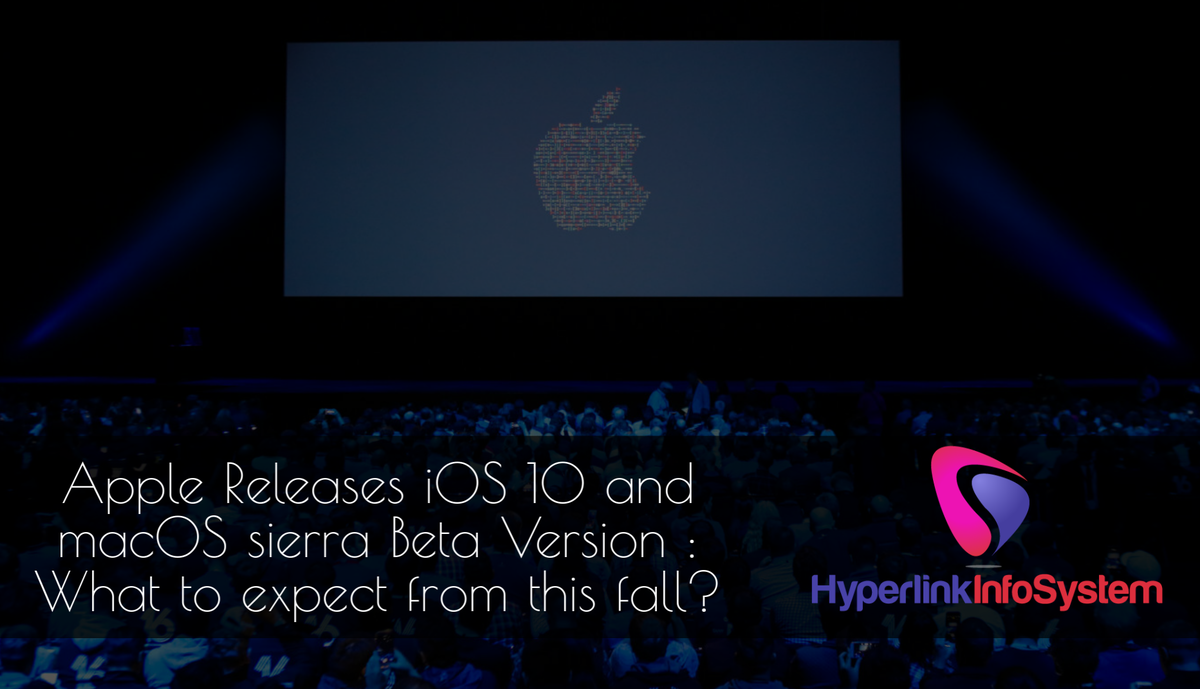 An Apple Music is just an Year aged and alike other Apple product it is about to receive its first major update soon. In this fall out we are able to look over to the entire refreshed Interface with better control over music library. And Yes, Apple has released Beta version for iOS 10 and macOS sierra which is ready to be downloaded.

Here are some of the expected questions along with its answers that gives you a clear idea about all the stuff related to Apple's Beta version.

How is Apple fixing Up with the Apple Music?

After one year of Apple Service, It has made tremendous growth– But the growth has experienced many pains and grievances. Apple is well-versed of those cries and complaints and so, the company is refurbishing all the grievances in iOS 10 and macOS Sierra with improved music experience that simplifies lots of frenzy without compromising with the features that users are in love with.

Apple Music is merged into 3 tabs: Browse, Radio and For You. Left side is filled with Your Library Menu that facilitates you with iTunes store link, while Search tab for iPhone and iPad users.

With design view, Apple has enlarged everything to bolder with side-scrollbars and headers are set with white background. Mini-player is also refurbished with large buttons.

What are the new features that Apple has embedded in iOS 10 Preview?

i) Inclusion of People Album on the Photos app which is quite similar to the Sierra's version of Photos for Mac. It also makes use of facial recognition to roll up images of individuals. The algorithm are utilized within the device, and is not used externally till the time images are shared elsewhere.

iii) Siri is now capable to deploy third-party applications like Uber or whatsapp. The limit for app support is restrained to 6.

iv) Apple Music exhibits song lyrics. Apple will of-course have to acquire rights to make lyrics visible to users for significant number of songs that will lead to expansion of its current library.

For 3 years, Apple is leveraging its OS version of Desktop for testing. Siri integration is one of the exciting feature to be found in Sierra in Desktop version.

The “Hey Siri” voice prompt which is currently not available for desktop beta version can be accessed in two ways : 1) on the Dock with the use of Command Space 2) On Menu bar.

When once enabled, Siri will be ready to schedule appointments, write down reminders and play songs, sending messages. It is also capable of saving your queries.

What other features can users expect from the new macOS?

• iCloud Drive that allows you save Desktop & Documents files which can be synchronized with your cloud based storage.

• Photos for Mac consist of People album and Memories tab which can be easily synced with your iCloud.

• Picture-in-Picture Mode is an easy way to shrink a video while placing it on the corner side of the screen that allows users to continue with their other remaining tasks.

Word Of Caution Before Downloading

Finding of bugs and other device issues, such as a retarded performance and drainage of battery, are a part of beta testing and this is the reason that discourages users to download beta versions but they do not understand that it is just preview not the final version. Stay tuned to us for more better and latest updates.

Hyperlink Infosystem is one of the best app development company that bestows excellent mobile solutions regardless of any platforms. We have best team of Indian app developers who served more than 500+ fortunate clients with 1200+ apps deployed in the App-store. Contact us now and choose the best development partner for your app.