How Mobile App Developers Are Improving People's Standard Of Living 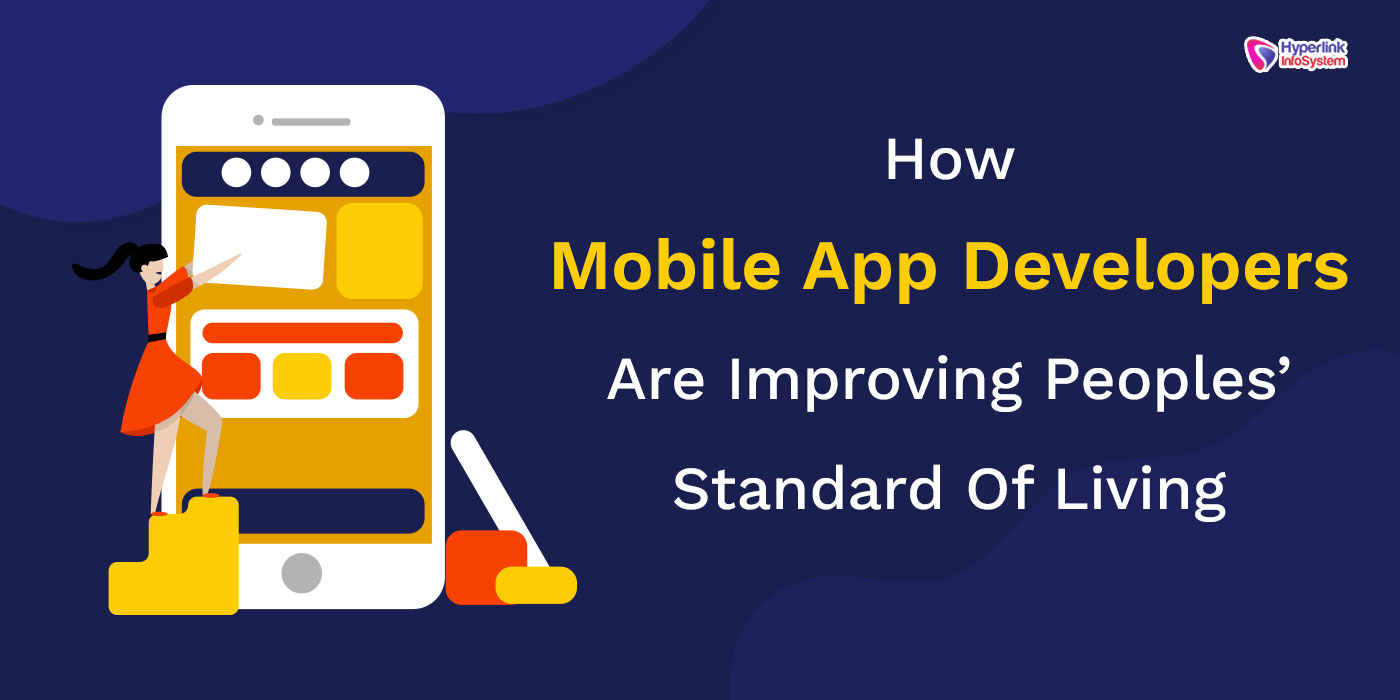 Nowadays, it is uncommon to see someone without an Android or iOS device. This is because people now understand the functions of the devices beyond the basic functions. Top app development companies have developed countless mobile apps that make an Android or iOS device owner enjoy using their device, as well as, perform numerous tasks.
Mobile apps are developed with artificial intelligence which makes it possible for people to get their desired results from using them.
Here are some of the mobile apps that the app development companies have developed in order to make the use of mobile devices an awesome experience:
Social media app
Social media allows you to interact with friends and families. It goes beyond just friends and families. It can be used for business purposes too. Social media platforms can be used to market your products and/or services.
Nearly everyone has a social media account, thus, they can access your social media page while they’re on the social media platform.
Also, social media provides an idea of the demographic representation of your customers. You get to learn about your products or services from them, that is, where you have more customers and which locations you still need to key into, and other information you may need that can lead to the growth and development of your business. And with a social media app on your customers’ mobile devices, it’s a plus for you if you have your business advertised on the social media platform.
Educational app
Top app development companies have been developing mobile apps for schools and educational institutions. Apart from the general educational apps that can work for every educational institution, there school-specific mobile apps as well. These mobile apps are developed with the specific needs of the schools involved. For example, a school can contact one of the top app development companies to help them develop an app that can be used to monitor tutors’ activities and lessons and it will be professionally done to the point that everything that is required will be incorporated into the app. There are mobile apps that can be used to check school and examinations timetable, students’ records and so on. So, if you’re thinking of establishing a private school, you may as well consider having your own mobile app.
Gaming app
Games are good because they aid intellectual and mental development, especially among children. Some games have been developed by well-known top app development companies for educational development. One of such apps is the Kids math game that teaches kids addition, subtraction, multiplication and division in a fun way. This game is popular amongst kids because they have fun playing it, whilst also learning simple math exercises.
ABC Kids is another mobile app that can be used to teach kindergarten kids the alphabet. Similarly, there’s an ABC PreSchool Kids app that you can use to teach your toddlers or kindergarten kids the letters of the alphabet before they start schooling. The nursery rhymes app is also another mobile app worthy of mentioning. This app is used to teach kids nursery rhymes. Nonetheless, parents have been using these apps to educate their kids and they’re getting positive results. Thankfully, these apps are free to download, install and use.
Apart from games for kids, there are equally games for adults and every game enthusiast. You can find games with stunning graphics and awesome gameplay. All these mobile and video games have elements of artificial intelligence that make them enjoyable. So, gaming app developers put a lot of work into the development of games, and they as well consider the games to be playable either by a single player or by multi-players. This means that players’ satisfaction is their utmost priority and concern.
In addition, if you have a good concept or idea and you’d like to develop it into a game, then you will need the services of any of the top app developers.
Interior design app
An interior design app can be used to create a 3D design of your home interior. In fact, it’s a popular app among interior designers. Interestingly, you do not need to be an interior designer or developer before you can make effective use of this app. As discussed earlier, mobile apps are developed using artificial intelligence, therefore, by merely following simple instructions, you can use this app to create an aesthetically beautiful interior design of your choice.
Video player app
Thanks to mobile app developers, you can watch movies on your mobile devices. In as much as you can watch movies directly from your mobile device, there are apps that can compress the size of a movie, or provide video streaming services, thus, making it possible to save a lot of data that will have been consumed without streaming. So, once you have any of these video playing apps on your Android or iOS device, you can enjoy movies as much as you want.
Video making app
There are mobile apps called video maker. The video maker allows you to make a video and upload it online. People can view your video and even share it. You can also combine your photos and convert them into a short video using this app. Your video can get thousands of views, likes, comments, and even downloads. The development of this app stems from the result of the innovation of the top app developers.
Consequently, it is nice to acknowledge the works of the top app development companies because they are touching lives and improving the standard of living of human beings through the development of apps that serve various purposes in human development.
Back